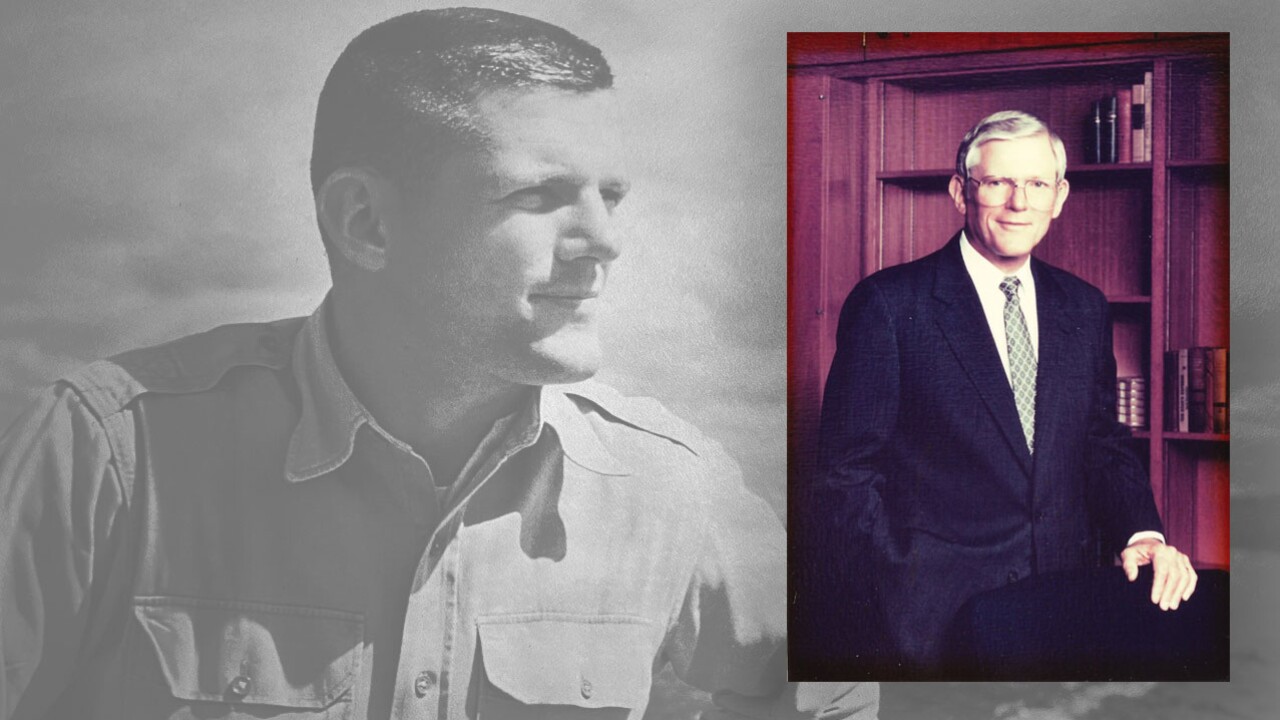 Courtesy of The Rainey Family

He passed peacefully in his sleep with his family nearby in Edmond, Oklahoma.

After his retirement, he spent time helping the Kansas City, Missouri School District and was also a member of the Board of Regents for the University of Missouri-Kansas City.

He was also an Army and Marine Korean War Counter-Intelligence Special Agent and served in the Korean War.

Rainey is remembered by those he loved as "polite, kind and welcoming to everyone from all walks of life and across the globe."

"Jim could be demanding, but no less so on himself. He was big-hearted, forgiving, and generous. Most people who talk about him speak first of his integrity and unwavering honesty. He had the personality and countenance of a person that you would hate to disappoint. His leadership skills and business acumen were well known and the reason many people called on him for advice. He was always calm under pressure, but always ready with a quip or saying that revealed an endearing sense of humor and a light touch with people," Rainey's family wrote.

The family asked that his memory be honored by gifts to the Oklahoma City Community Foundation.