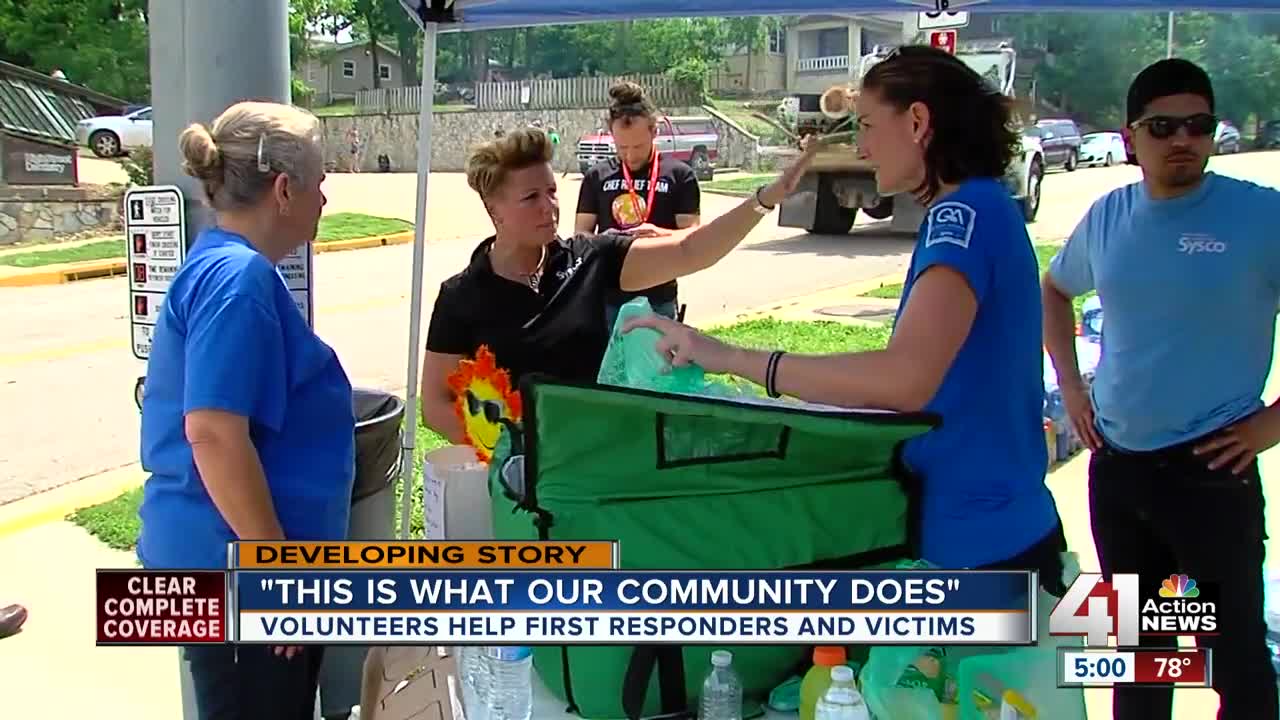 After an EF-3 tornado hit Jefferson City businesses Wednesday night, many Kansas City companies were among those to step up and help with the relief effort. 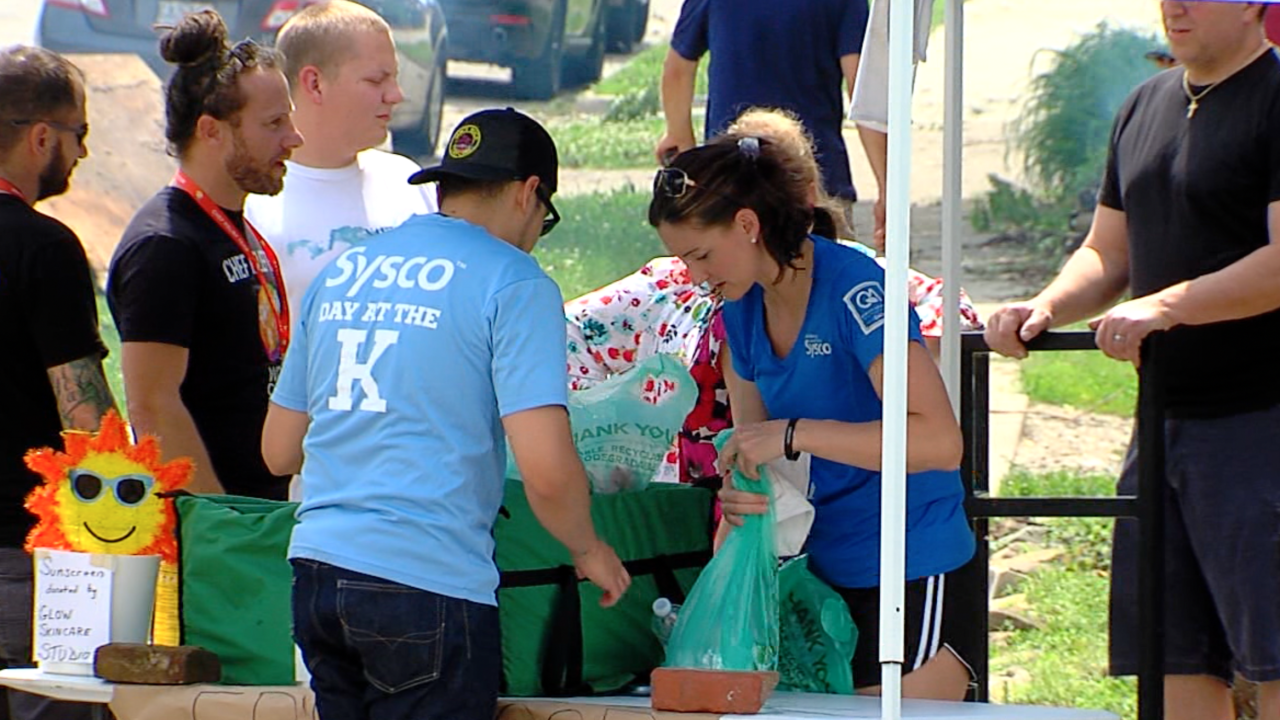 JEFFERSON CITY, Mo. — Representatives of companies from all over Missouri drove to tornado-damaged areas of Jefferson City to provide food, drinks and other supplies.

After an EF-3 tornado hit Jefferson City businesses Wednesday night, many Kansas City companies were among those to step up.

"We will bring food to anyone that we can,” Sysco Foods District Sales Manager Carla Kessell said.

Sysco Foods joined forces with another KC-based company after learning about its efforts Thursday afternoon.

"Love 2 Nourish is one of our customers," Kessell said. "She was feeding people yesterday and my company called to say we will like to send food to Jefferson City to help."

Some of the storm's victims also decided to lend a hand.

Amanda Jensen was packaging hamburgers and hot dogs Friday to send to first responders. She had saved $1,200 to start a food truck business a few months ago, but the tornado destroyed her truck.

"I am pretty sure it is a total loss,” Jensen said.

Nonetheless, she came out to volunteer.

"You can’t spend much time feeling sorry for yourself when your neighbors have huge buildings that they invested years and money in and they are completely gone,” she said.

Not far from Jensen was a green tent, where employees from Hy-Vee and Central Bank teamed up to feed volunteers.

"I woke up in Kansas City and saw the news and the first thing I did was get in the car and we drove down," Hy-Vee Regional Vice President Todd Wagner said.

Strangers coming together to accomplish a goal of helping those in need, it's something people impacted by the storm said helps ease the pain of what they lost.

"It's not surprising at all, because this is what our community does — from start to finish, no matter what,” Central Bank Senior Vice President of Human Resources Christine Ellinger said.