It's hardly ever a good feeling to see flashing lights in your rear-view mirror, which is exactly why one officer wants you to beware before heading out into the streets.

OLATHE, Kan. — It's hardly ever a good feeling to see flashing lights in your rear-view mirror, which is exactly why one officer wants you to beware before heading out into the streets.

Captain Oliver Davis is on patrol and he’s no rookie. He’s been on the force a little more than two years and does a lot of desk work. As of now, desk work is the only thing he can do.

Captain Davis is only 6 years old. He's not an actual officer, but don't tell him that. He's got several police uniforms with the actual badges from several departments across Johnson County stitched on. He even spends many days with the real, sworn in officers.

“I have to sign my name on all those,” Oliver said. “So, it takes about an hour.”

The offenders, in this case, try to get away with being too darn cute. Their citations are signed by Captain Davis.

“It feels really good to be wearing other badges and this badge," said Captain Davis.

Being a police officer is something Davis has dreamed of for half his life. 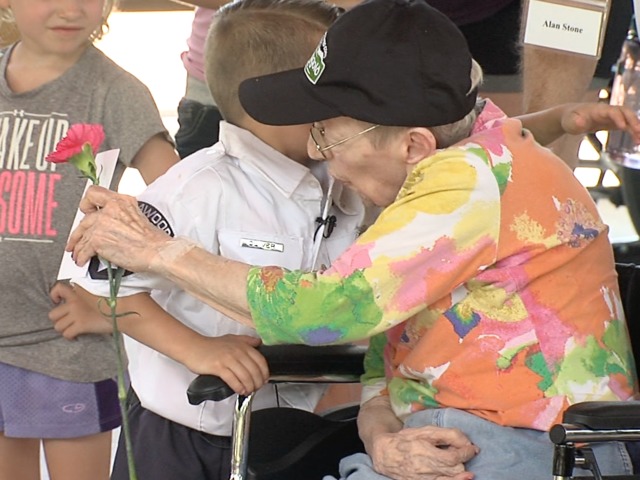 “When I was a little kid, I wanted to be a mini police officer when I was about 3 or 4, and it just started.”

His mother Brandi was there for his swearing-in ceremony.

“I think it was Christmas three years ago. All he wanted was a police uniform for Christmas. He would not play with superhero toys," said Brandi Davis. "When he got it, he wore it every day, so we had to buy another one, and another one.” 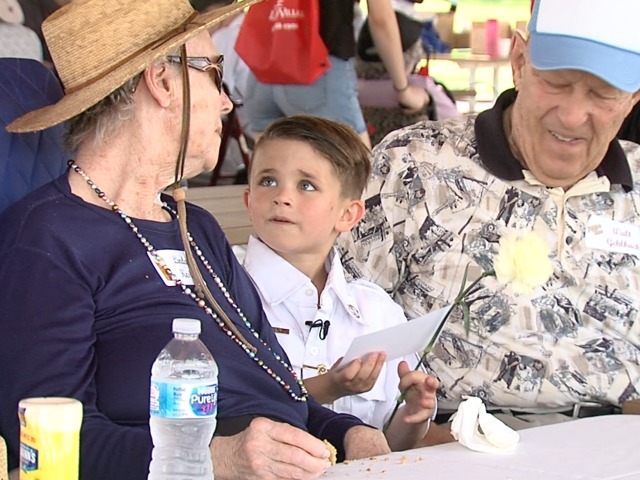 "He brought it on himself to say, 'Since I’m a real police officer, then I need to do my job too,'" Brandi Davis said. "And handing out flowers is his part of just being a police officer right now."

For Captain Davis, the need to serve and protect, and hug started after visiting his grandmother in a nursing home. Brandi Davis says these actions impact the entire family.

Next time you see Captain Davis, be prepared to receive a ticket. He doesn't give many breaks, but he does give a lot of hugs.