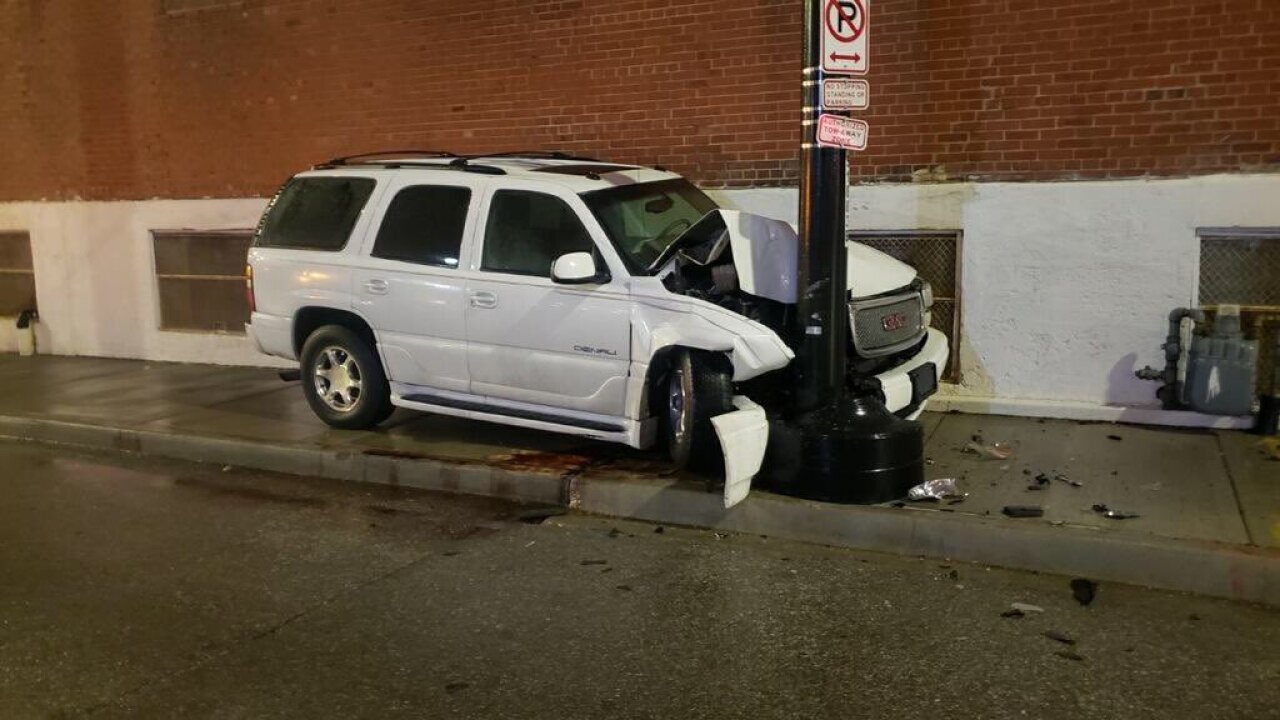 PREVIOUS | A hit-and-run driver knocked out streetcar service Friday night after slamming into a pole that holds up streetcar power lines.

The crash happened about 8:30 p.m. at East 5th Street and Grand Avenue in downtown Kansas City.

A bus is being used to transport passengers who had planned a streetcar ride, according to Donna Mandelbaum, spokesperson for the Kansas City Streetcar Authority.

Repair crews have to make sure the pole that holds the wires is stable before power can be restored.

Mandelbaum said the repairs could take an hour.