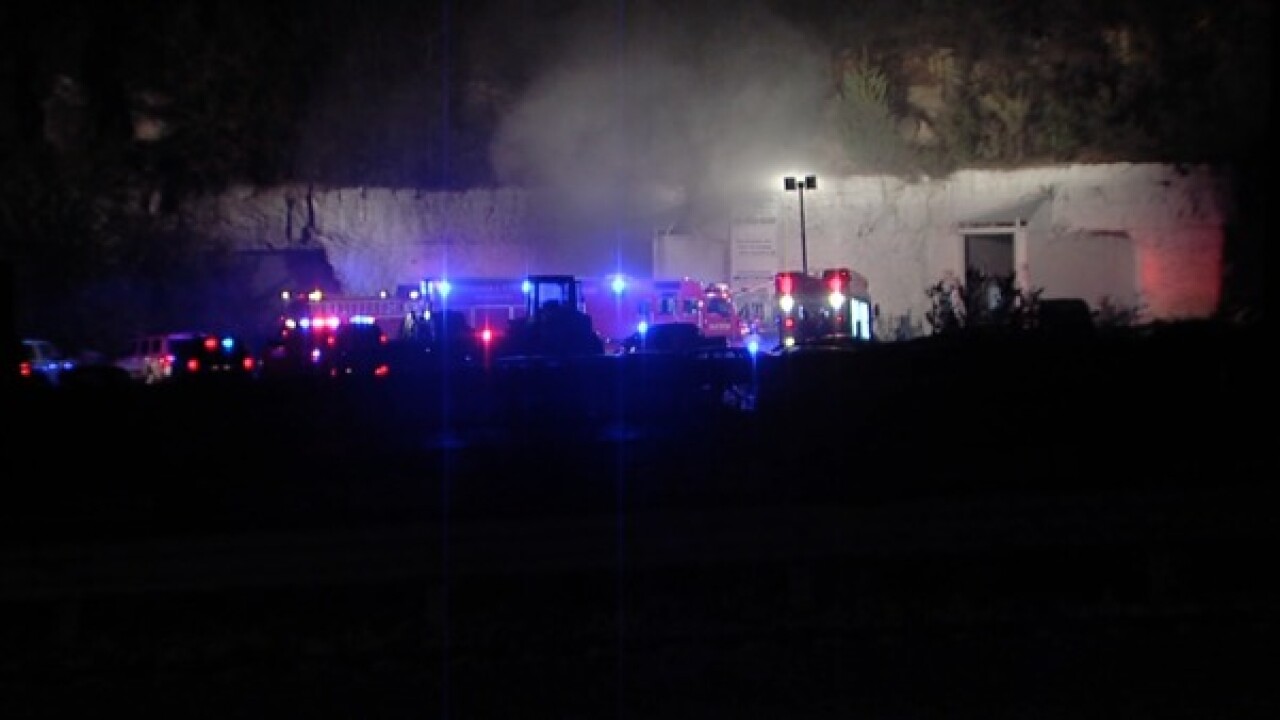 KANSAS CITY, Mo. — Kansas City Missouri firefighters struggled for hours today to put out a fire in storage caves on the city’s east side.

At about 4:45 Saturday the Kansas City Fire Department received their first call of a fire inside the Interstate Underground Warehouse and Distribution Center located at 23rd Street and Television Place.

23rd Street was closed to accommodate the 50 firefighters that responded as well as the quarter mile of hose that was needed to extinguish the fire. Hoses from multiple fire trucks were all linked together to make one long hose.

A total of 8 people were trapped inside when the fire started. Some of the people trapped tried to drive out of the cave but crashed when the smoke got too thick and they could not see the cave walls.

Two were taken to the hospital to be treated for smoke inhalation. No one experienced any serious injuries and no firefighters were hurt.

KCFD also had to call in 2 air fan boats that they used at the entrance of the cave in an attempt to blow out the billowing smoke.