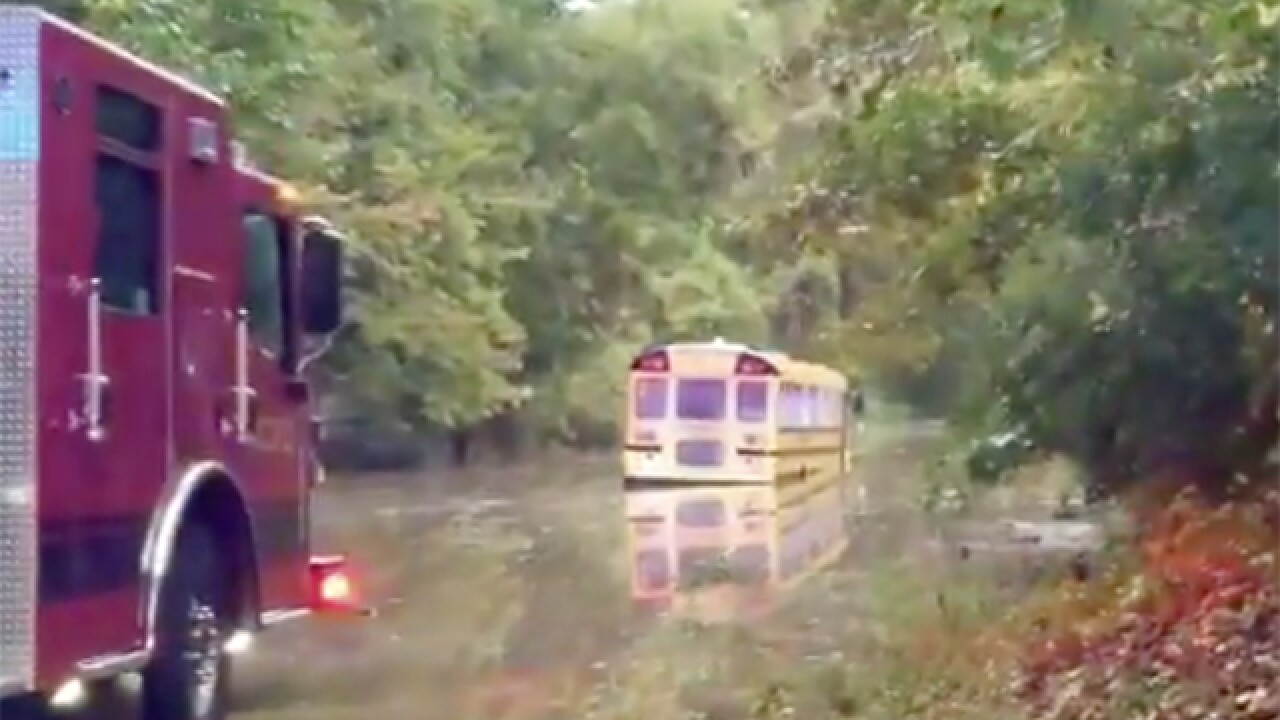 Around 7 a.m., emergency crews raced to the intersection of Oldham Road and Hillcrest Road on a school bus in the water.

By 7:20 a.m., all students had been safely evacuated from the bus.

ALL 21 STUDENTS ARE SAFE after their bus got stuck in the flooded road near Hillcrest and Oldham - @KCMOFireDept assisted in this water rescue @41actionnews pic.twitter.com/pOQKRVNo4S

A second bus was sent to the scene to transport the students, who were high-school age.

These were high school students - they're now being boarded on another bus - many of them carrying their shoes because they were soaked pic.twitter.com/MIy2GdBqgZ

One student was picked up by his parents and was taken home to get a dry set of clothes.

Daniel Kirkpatrick, one of the students stuck on the bus, is now heading home with his parents to change out of wet clothes before heading back to school @41actionnews pic.twitter.com/ph9qWLCdSs