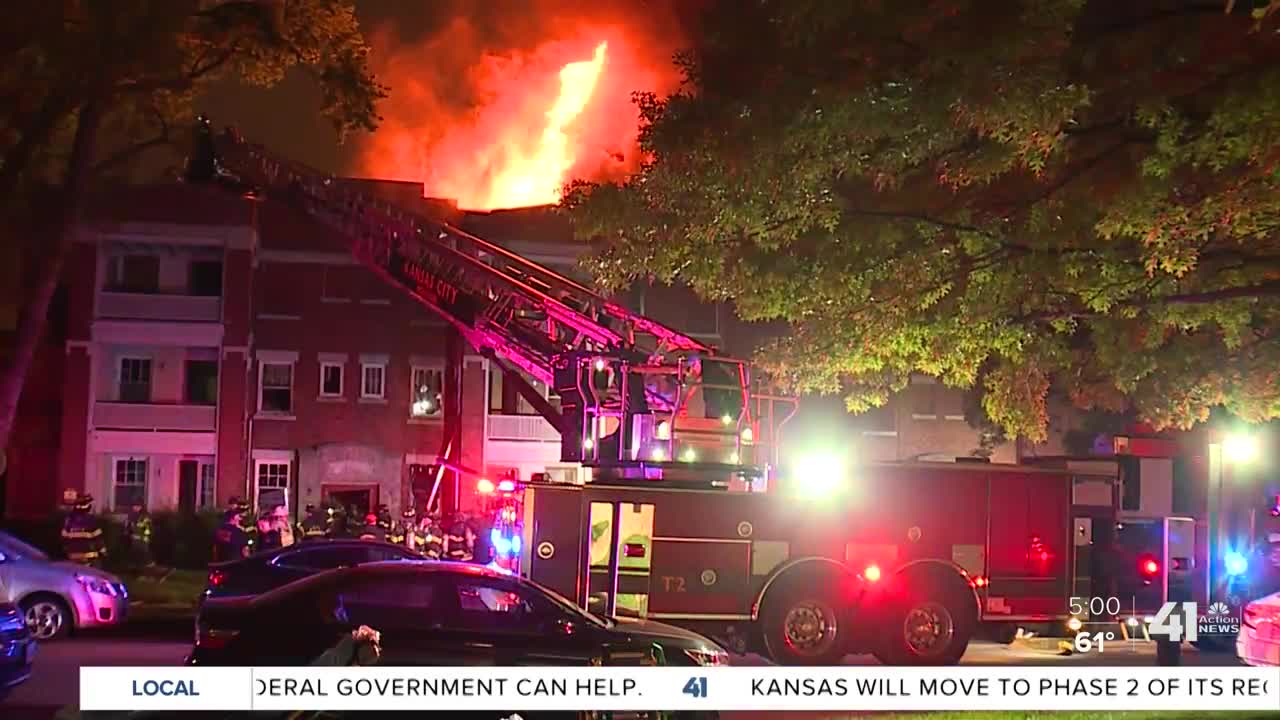 A large fire broke out at a vacant apartment building. 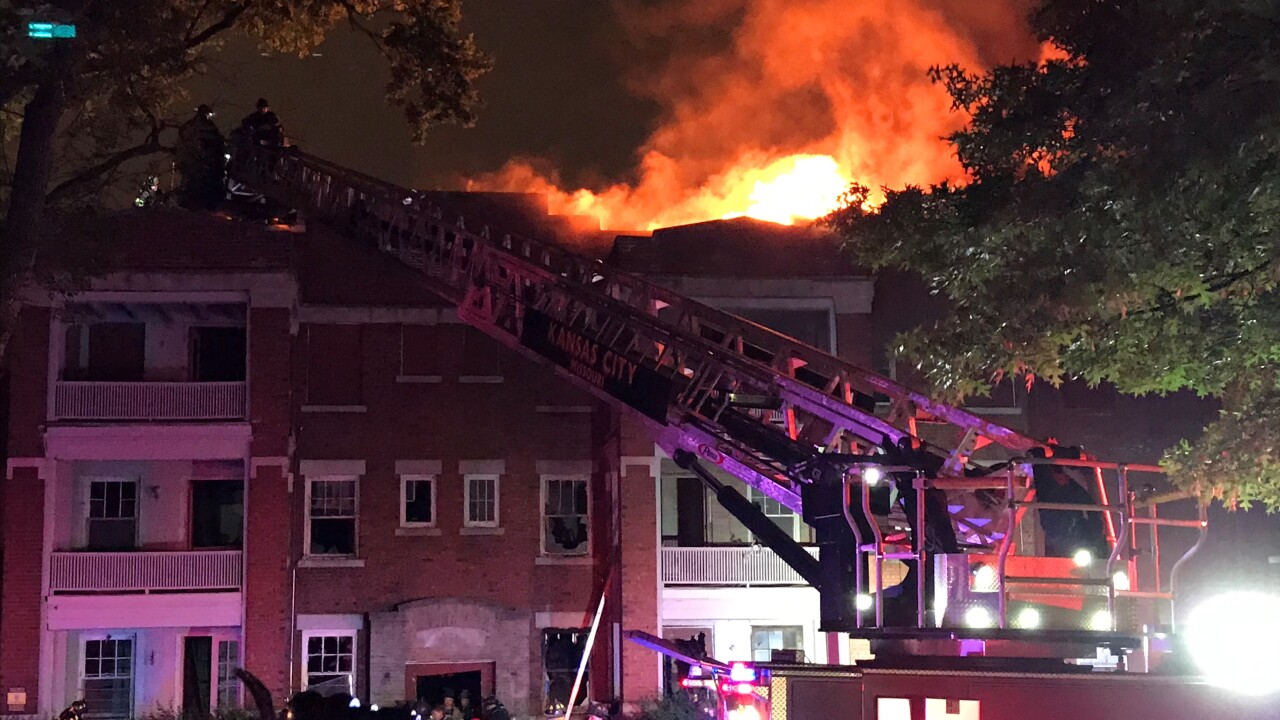 Firefighters were called to the Knickerbocker Apartments at about 12:30 a.m. Thursday.

41 Action News cameras recorded flames shooting from the roof of the three-story building. An investigator from the fire department said it was most likely homeless people staying in the building who caused the fire.

The 114-year-old building is on Historic KC’s 2019 most endangered list. The group focused on preservation publishes a list of buildings in danger of being demolished every year. The Knickerbocker Apartments have been on the list since 2011.

Jackson County property records show The Kansas City Life Insurance Company owns the property. It has been vacant for years.

Later Thursday, the company said it "appreciates the rapid response" of firefighters and that it will work to determine the extent of the damage and evaluate options for the property:

"Kansas City Life Insurance Company appreciates the rapid response of the Kansas City Fire Department at the Knickerbocker apartment building. Their tireless work prevented a spread of the fire to the full complex and reduced the threat to neighboring buildings. We hope that the firefighter injured during the response recovers quickly and fully. We are working with the KCFD to identify the cause of the fire, and we are thankful there were no other injuries. The Company is still determining the extent of the damage to the building and will be evaluating options for the property."

Historic KC said the building was first of its kind in Kansas City, Missouri, when it opened. The group said a neighborhood association has made "significant efforts" over the years to work with the owner.

A battalion chief from KCFD said Thursday’s fire started in the basement and spread up to the roof. He said because the building is vacant, many of the doors and windows were boarded up which presented a challenge to firefighters who had to ax through the plywood in order to spray water on the flames.

The chief said one firefighter went to the hospital with minor injuries.