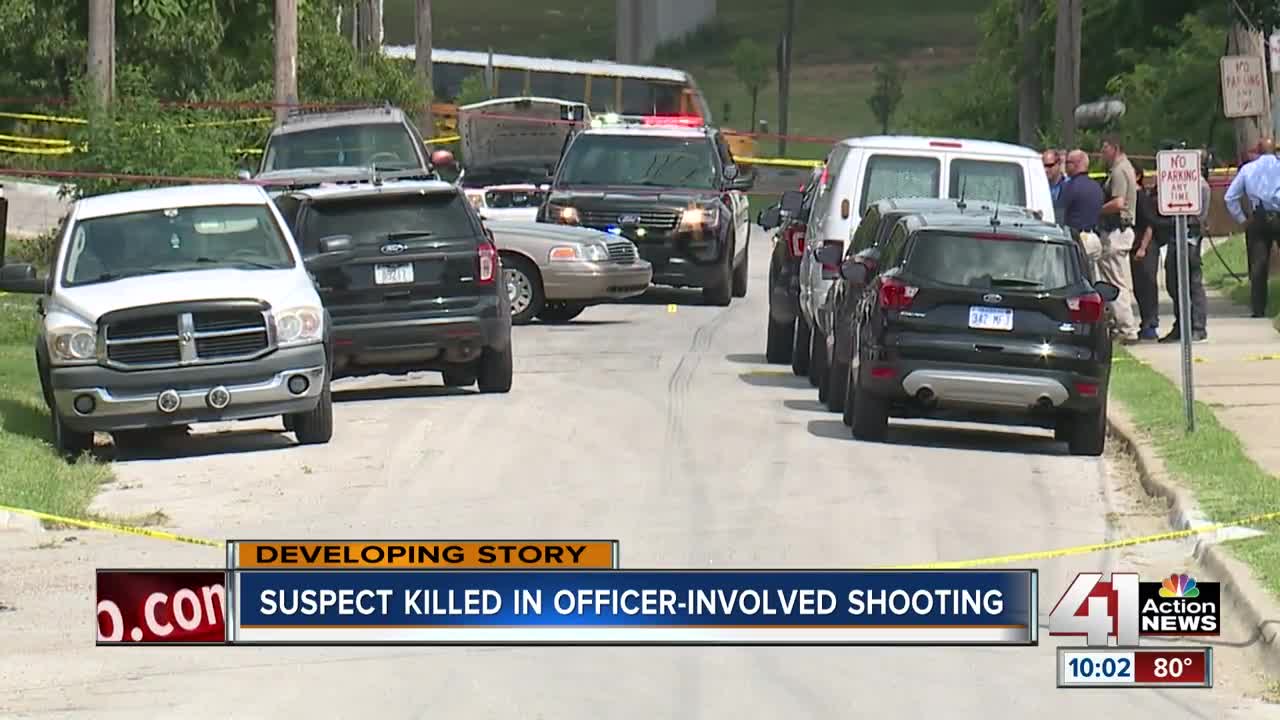 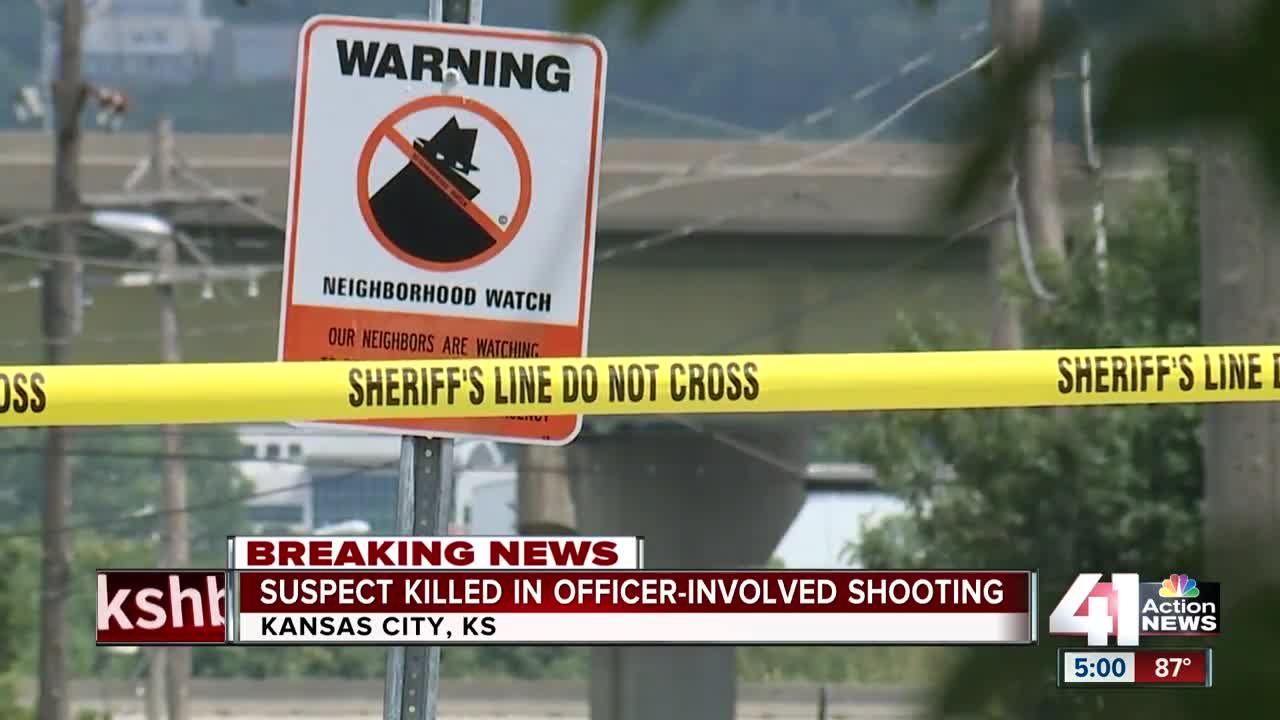 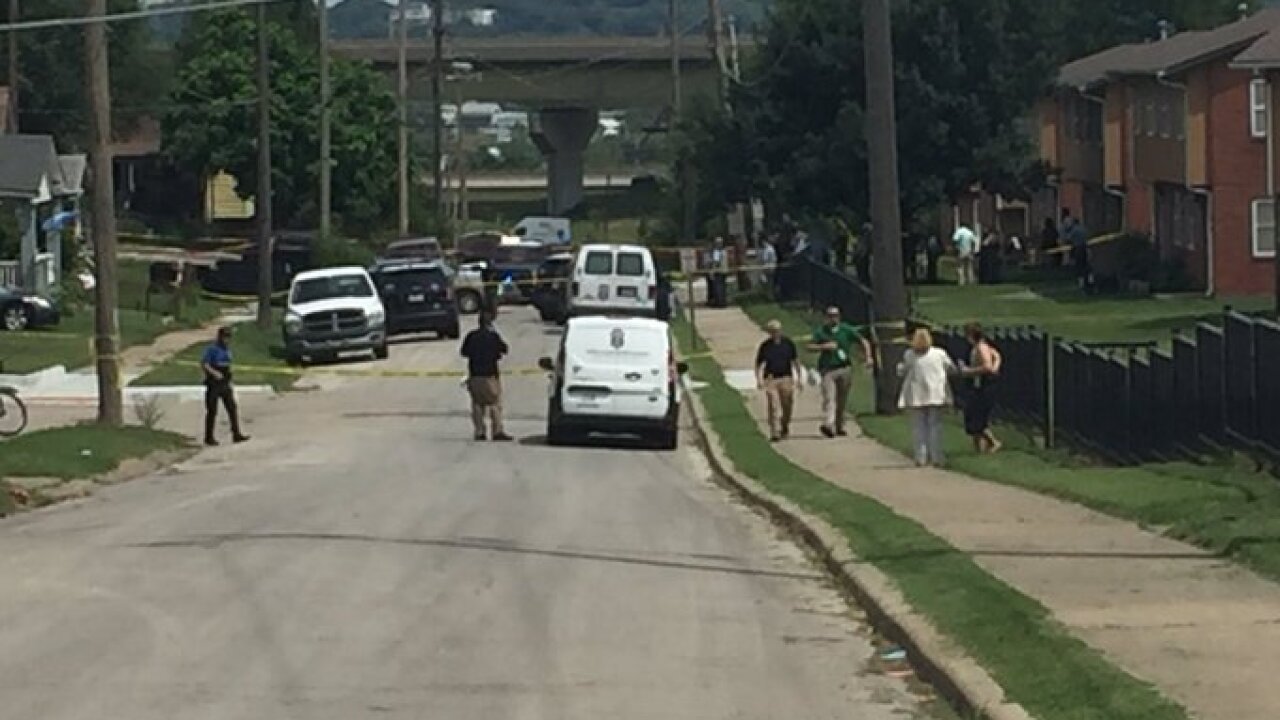 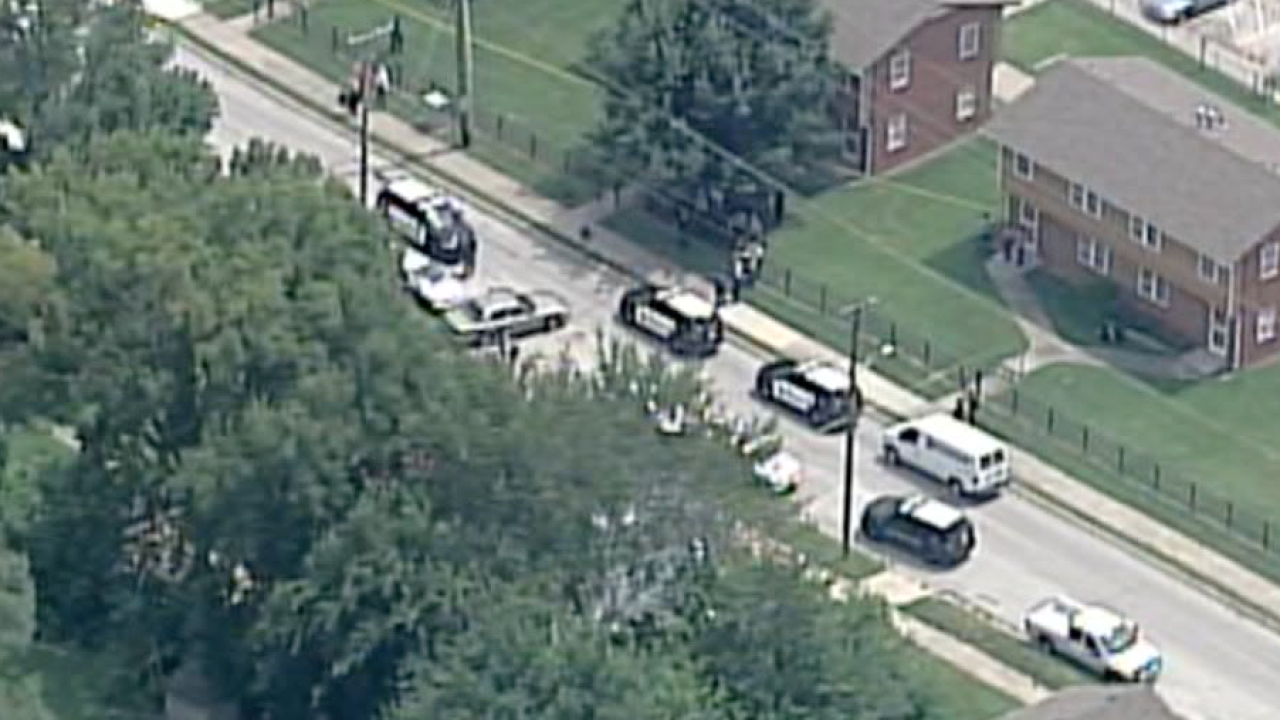 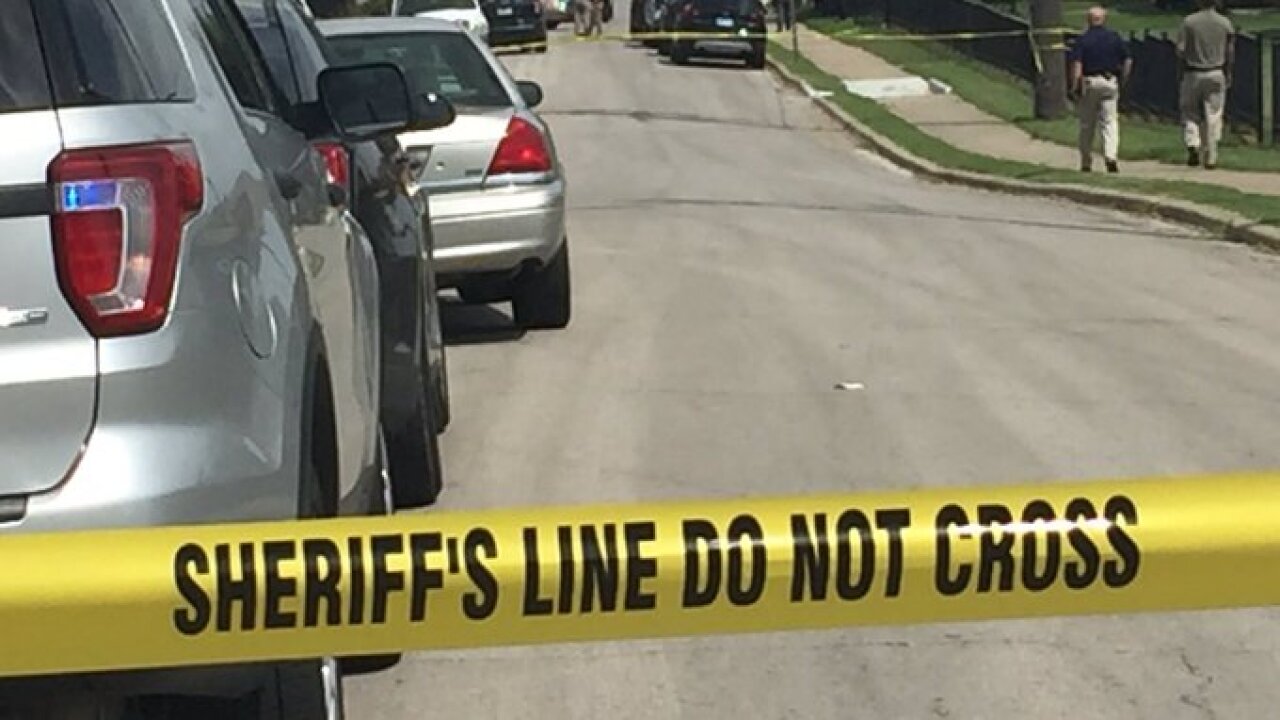 The incident happened shortly before 1 p.m. and stemmed from a chase that started on the other side of the state line and ended near South 8th Street and Gilmore Avenue.

Kansas City, Missouri, police said the incident started near 39th Street and Indiana Avenue after an assault on one of its officers.

The fleeing vehicle traveled the wrong way on Interstate 70, according to a statement from KCK police.

KCPD officers chased the suspect into KCK, where police from that department responded and took over, according to KCPD spokesman Officer Darin Snapp.

The subject abandoned the vehicle on I-670 and fled on foot, but was tracked by a KCPD helicopter to the area of South Coy Street and Gilmore Avenue in KCK.

That's where KCK police caught up with suspect, who pointed a gun at officers and was shot and killed.

For Carol Baska-Moroney, who has lived along Gilmore Avenue for more than 60 years, the shooting brought plenty of concern.

“I heard sirens real close and then I heard four gunshots,” she said. “By the time I got to my front door, there were people all over. I could’ve thrown a rock and hit the body. That’s how close it was.”

Police tape surrounded the scene for hours as children returned home from school.

Marvin Cawthon, who told 41 Action News he heard the gunshots, said the suspect put many people in the community in danger.

“I saw his car come up the street and he was going about a hundred miles an hour,” he said. “If somebody would’ve gone in the street he’d have hit them. He couldn’t stop. He was going so fast. It was real dangerous. He could have taken a lot of lives.”

Following the shooting, Baska-Moroney said she would never forget living so close to violence.

“This could’ve been very dangerous,” she said. “There are little kids that ride their bicycles out in the street. It could’ve been a tragedy.”

The incident is being investigated jointly by the KCK and Topeka Police departments.

Anyone with information is encouraged to call the CrimeStoppers Tips Hotline at 816-474-TIPS (8477).