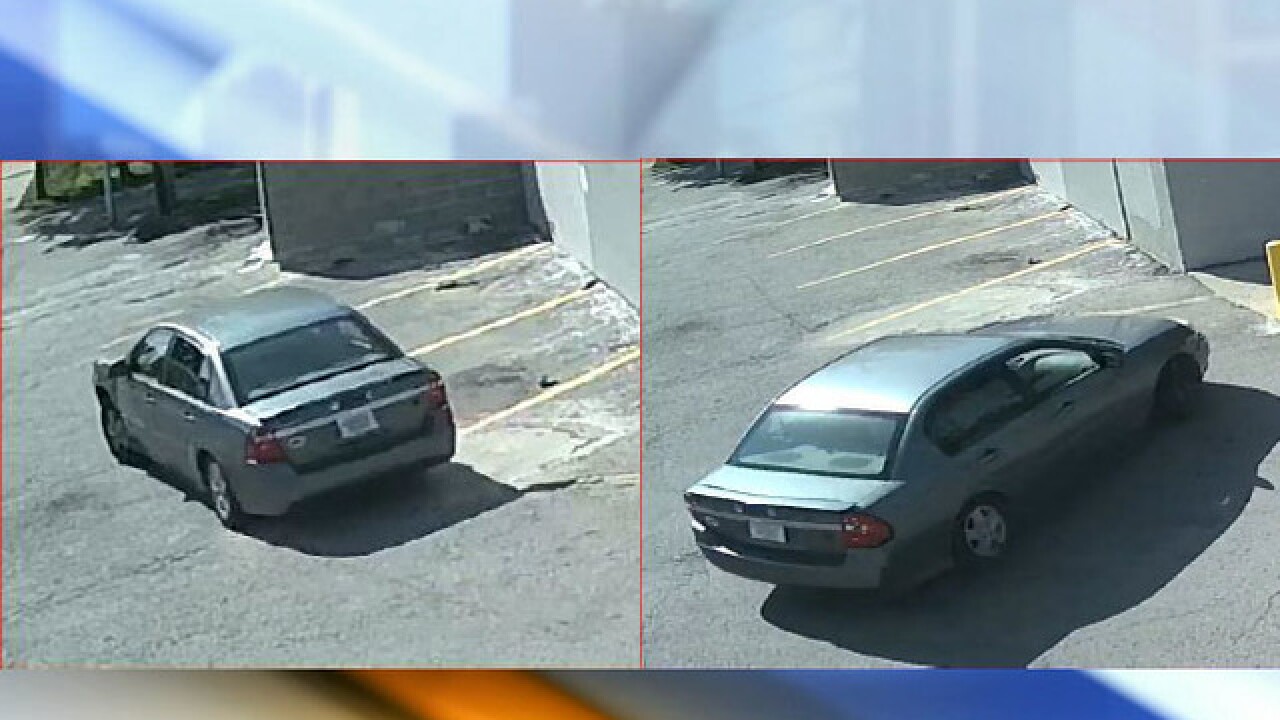 Copyright 2018 Scripps Media, Inc. All rights reserved. This material may not be published, broadcast, rewritten, or redistributed.
<p>KCK police are looking for a gray Chevy Malibu in connection with a reported attempted kidnapping. </p>

On Aug. 27, officers were sent to the 1100 block of Pacific Avenue on an attempted kidnapping. The victim told police the suspect was armed with a handgun and driving a gray Chevy Malibu.

KCK police said the Malibu went east on Pacific and then south on 10th Street. The car has distinctive stickers on the back trunk and one on either side of the rear center tail light.

If anyone has information about the vehicle or the suspect they’re asked to call the TIPS Hotline at 816-474-8477.