KANSAS CITY, Kan. — An 86-year-old man died Wednesday morning after a someone dragged him with his own truck in Kansas City, Kansas.

KCK police were called to the 700 block of Pacific Ave. just after 10 a.m. When they arrived, they found a man in the street. He was rushed to the hospital where he later died.

Family members told 41 Action News Frank Davila was the man who was killed in the incident.

His son said Davila was visiting with his sister at her home on Pacific Avenue after going out to breakfast. When he went outside to get in his red Chevy truck to leave, he saw someone trying to steal it and decided to fight back.

"My dad went out in a blaze of glory, the way he lived his life," Frankie Davila said.

Family members said Davila was an Army veteran, worked for Santa Fe for nearly 50 years and used to own Frankie D's, a restaurant in KCK.

KCK police searched for his red 1998 Chevy 1500 truck. They found it around 3 p.m. Wednesday afternoon in KCMO, unoccupied.

Officers also searched for a white Infiniti with a black trunk lid. KCK police said the car was found Wednesday night, unoccupied, in the area of Quindaro Boulevard and Fairfax.

Officials are still looking for the owner or occupants of the white Infiniti pictured below. 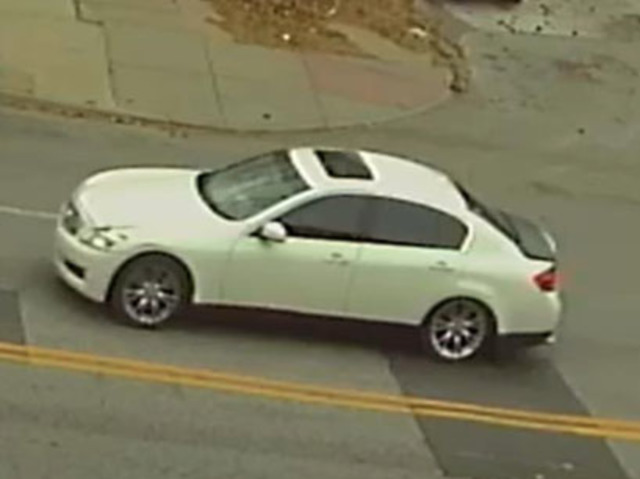 KCKPD said that after talking with several witnesses, they believe Davila's truck was unoccupied and running in the street at the time of the incident.

Police said Davila was dragged as he was trying to stop the theft, resulting in his death.

Police released no suspect information in their initial report.