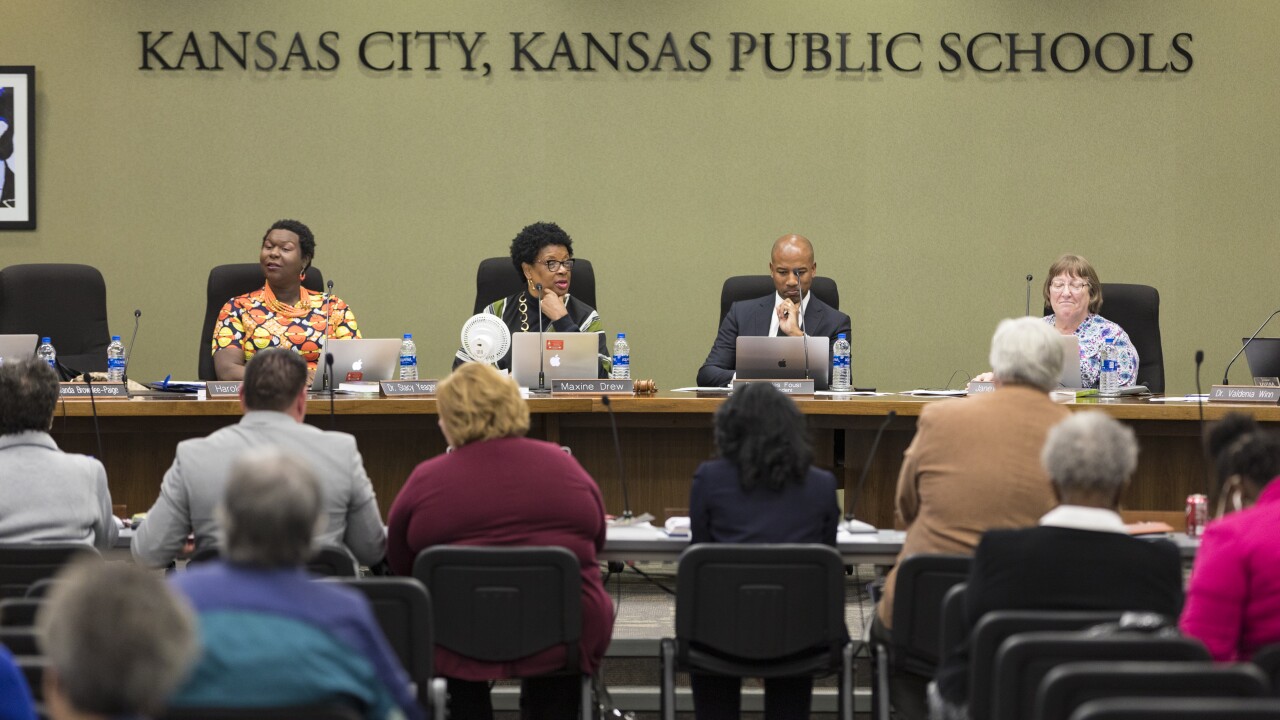 Copyright 2019 Scripps Media, Inc. All rights reserved. This material may not be published, broadcast, rewritten, or redistributed.
Tyler Navas
Three of five Kansas City, Kansas, Public Schools students scored below state standards during the 2017-18 academic year, but Superintendent Dr. Charles Foust touted across-the board progress in 2018-19 during a presentation Tuesday to the Board of Education.

The district, which once was the lowest-performing district in the state, increased its scores on the Kansas Assessment Program by 2.7% in English language arts and 5.9% in math, according to the December KAP interim assessment.

“Most importantly, this shows the positive results of what focused leadership can do in each school throughout the district,” Foust said in the release.

Improvements, according to a KCK Public Schools news release, is “more than 10 percentage points higher than the 2017-18 school year.” Math scores also have “more than doubled” in a four-year period, the release stated.

Proficiency scores spiked roughly 4% year-over-year from 2017-18 to 2018-19, according to figures announced in October by the district, but KCK announced even greater gains. English language arts has jumped to 21.3% proficiency and math has jumped to 23.5%.