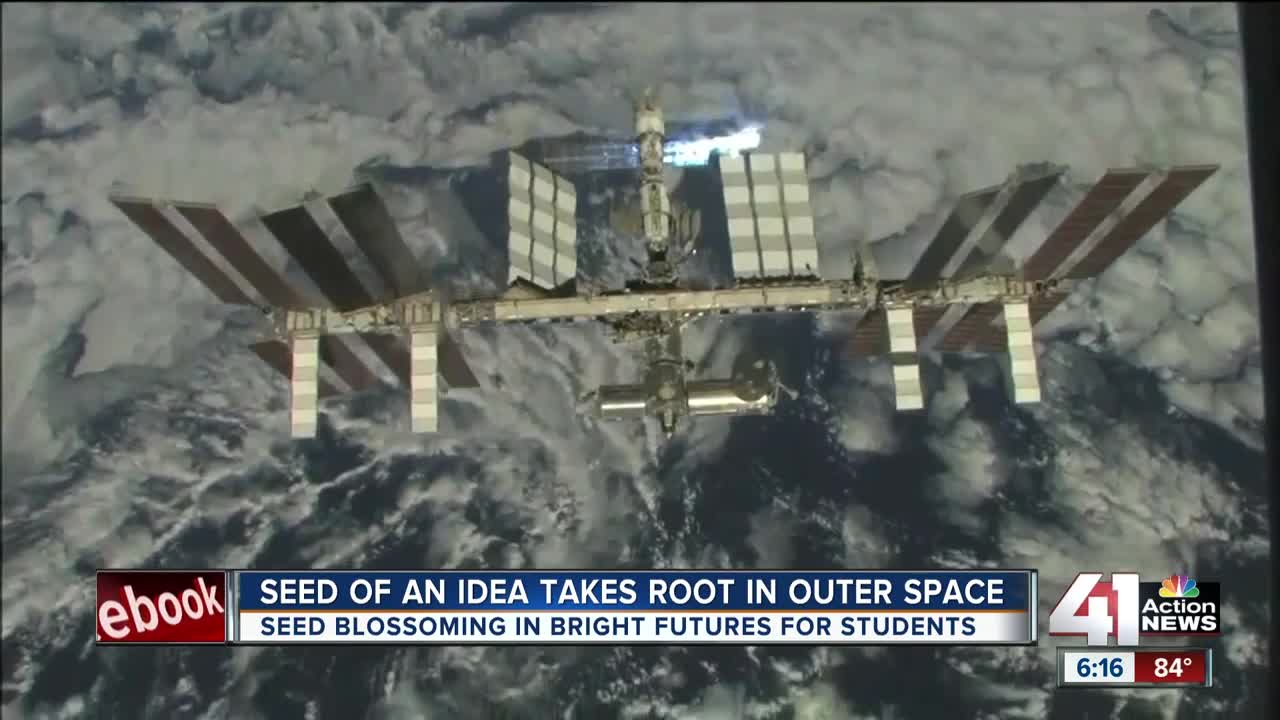 After a 248-mile journey into space, a science experiment created by four Kansas City, Kansas, middle school students returned to earth in mid-September. 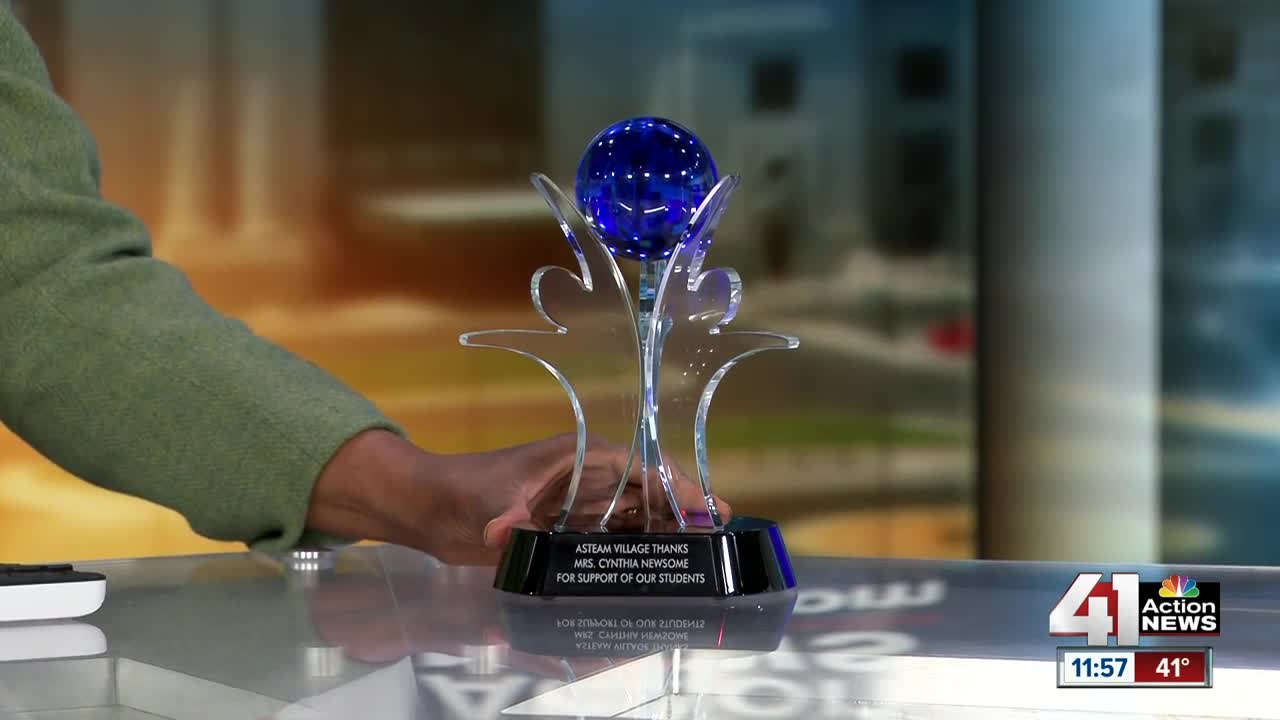 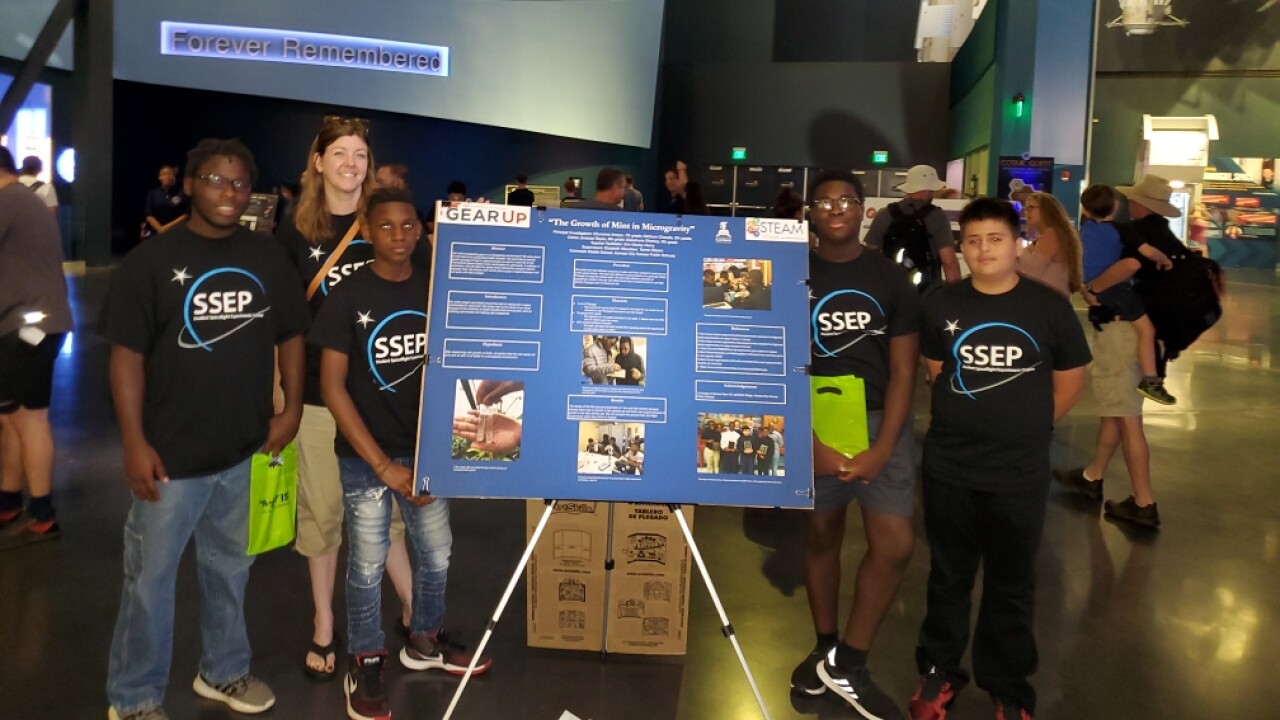 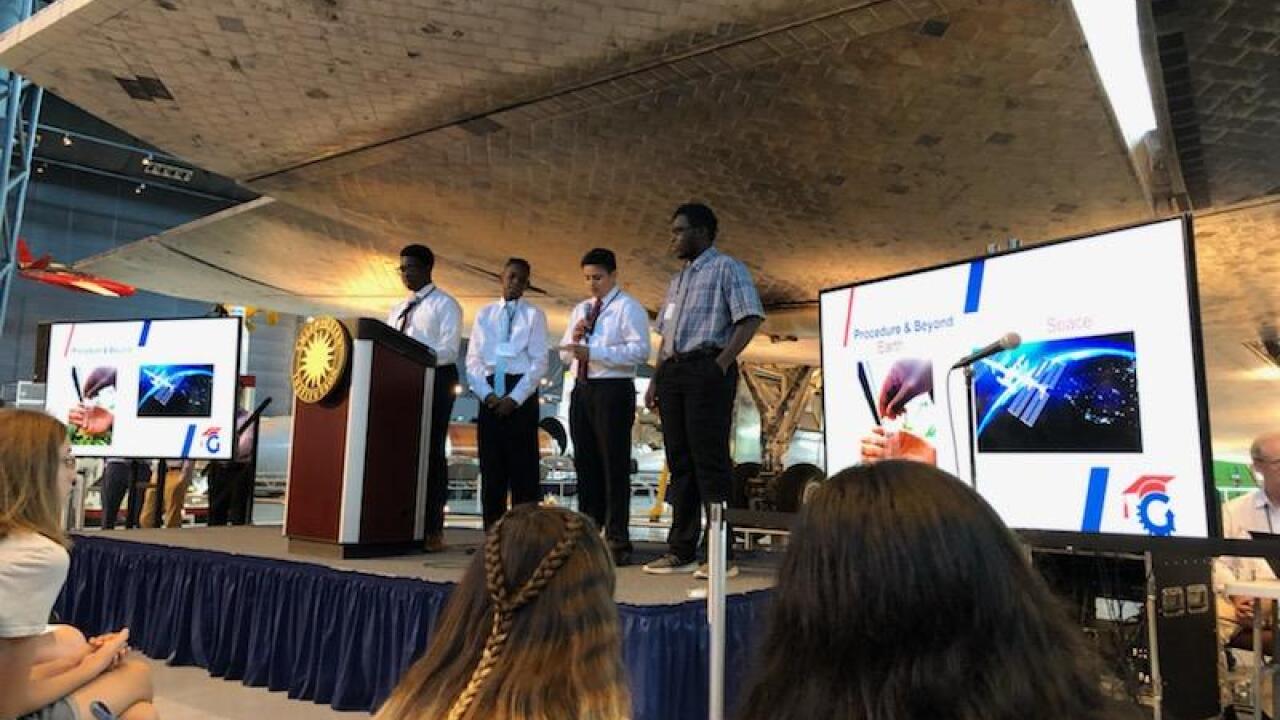 The special experiment, conceived by a quartet of students at Coronado Middle School, spent about a month on the International Space Station as part of the Student Spaceflight Experiments Program.

Now comes the excitement of reviewing the results and seeing how the findings reveal a better understanding of science and life.

"I'm really excited to open it because it's a tube that came from outer space,” said Carlos Jiminez, now a ninth-grader at Sumner Academy of Arts and Science and one of four students who participated in the project. “It's not every day that I get that opportunity, but I'm mostly nervous because at any point we could mess this up.”

The science experiment was encased in a plastic tube. Mint seeds were planted in a substance to determine if mint leaves would grow in zero gravity in outer space.

It was one of dozens of experiments from schools around the world that won the honor of being shipped to the ISS, where astronauts watched over the experiment.

The four KCK students went to the Kennedy Space Center in Cape Canaveral, Florida, to watch the SpaceX missile launch in late July. While they were in the visitor center, the students’ experiment was on the ISS from July 25 through Aug. 27.

It then made the long journey back to Kansas City, Kansas.

"So we want to grow mint up there so they can have mint tea and make mint tea … and mint tea can help with a lot of things, like stress and stomach problems,"said DaQuon Cheadle, a ninth-grader at Schlagle High School in KCK.

The science experiment at Coronado Middle School was a partnership between aSTEAM Village and the University of Kansas GEAR UP program. The two groups invited students to participate, and the four middle schoolers came up with the idea for an experiment they would like to send into outer space.

When the project returned to earth and to the former Coronado Middle School students, who are now in different schools, the students were anxious to open it and see if the mint leaves grew.

"We're going to put it on the slide and then we’re just going to analyze it with the microscope because its probably going to be hard to see," said Daleshone Sharkey, a ninth-grader at Schlagle High School.

The mint leaves did show microscopic growth. But science teacher Erin Morley said the students learned more than science during the experiment.

"I watched them start this experiment a year ago in October … being excited but not really knowing what to do next and just watching them grow, how they have just become more confident speakers in public," Morley said.

"I'm now more curious about what they're doing in space and the type of experiments that are going on above our heads daily," said Uhunoma Amayo, an eighth-grader at Sumner Academy of Arts and Science.

Cheadle said the experiment gave him a newfound confidence that he hopes to take with him as he continues his education.

Students will reveal their findings on Oct. 10 at the aSTEAM Village Casino Night Gala fundraiser at the Magnolia Venue and Urban Garden, 601 Walnut St., Kansas City, Missouri. Tickets are $100.