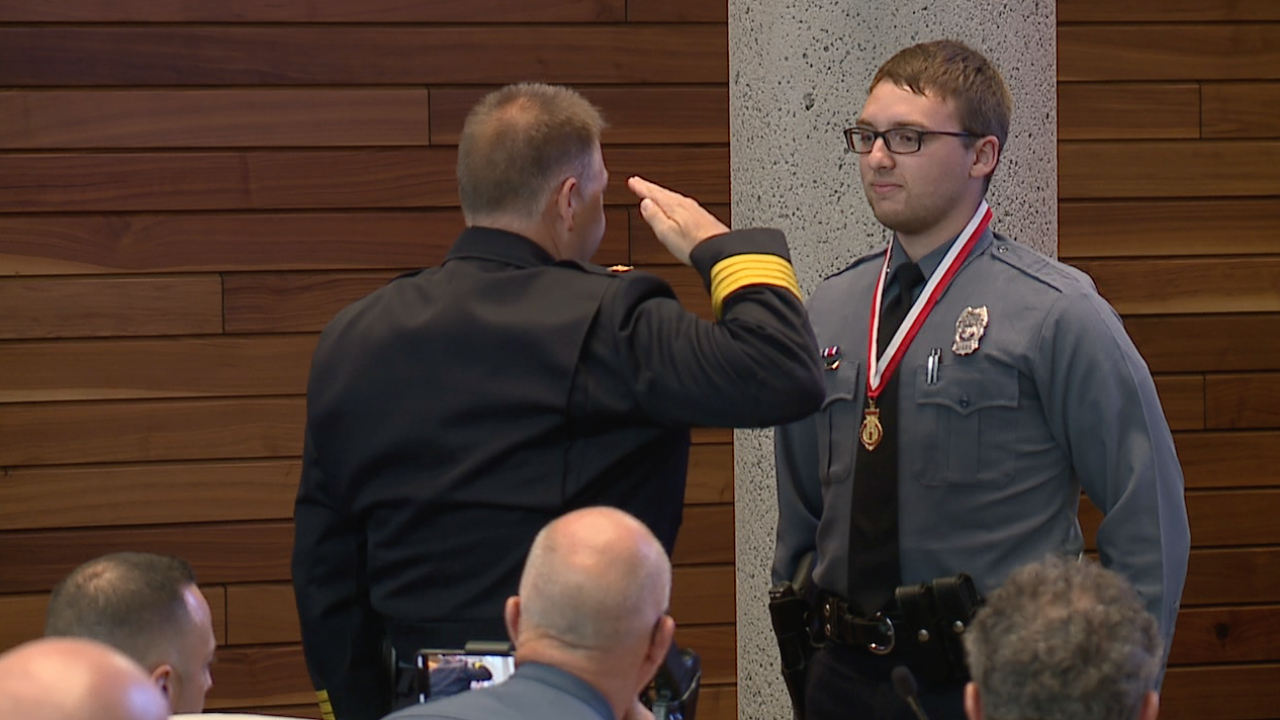 Copyright 2019 Scripps Media, Inc. All rights reserved. This material may not be published, broadcast, rewritten, or redistributed.
Matthew Reeb

KANSAS CITY, Mo. — A Kansas City, Missouri police officer was awarded the Distinguished Service Medal for a daring arrest made on August 25, 2018.

Officer Jordan Clark was awarded the honor for witnessing a homicide and arresting a suspect all by himself.

According to KCPD, Officer Clark was keeping an eye on traffic near Meyer Boulevard and Swope Parkway around 5 a.m. the morning of the incident.

A Dodge Charger sped through the intersection, and the officer was able to locate it at a home on Cleveland Avenue.

As Clark was watching the vehicle, he heard multiple shots fired inside the home. Then a man ran out and sped away in the car.

The officer pursued the vehicle through the residential area and down Interstate 70 and Interstate 35 into Kansas. He caught up to the speeding vehicle when it crashed near I-35 and Rainbow Boulevard.

KCPD said that due to the time of day and some other circumstances, Clark was alone when the made the dangerous felony car check and took the suspect into custody.

Investigation revealed that the man Clark arrested had dropped off the man who committed the homicide at a point in time where the officer lost sight of the vehicle.

The driver was charged with felony resisting arrest. The arrest led officers to the homicide suspect, who was apprehended and charged with first-degree murder.

Other officers had responded to the home where the shots were fired while Clark was pursuing the suspect. There they located a person deceased from gunshot wounds.

KCPD Chief Rick Smith and the Board of Police Commissioners awarded Officer Clark the medal "for performing a dangerous and distinguished act that conspicuously exceeds that which is normally expected."