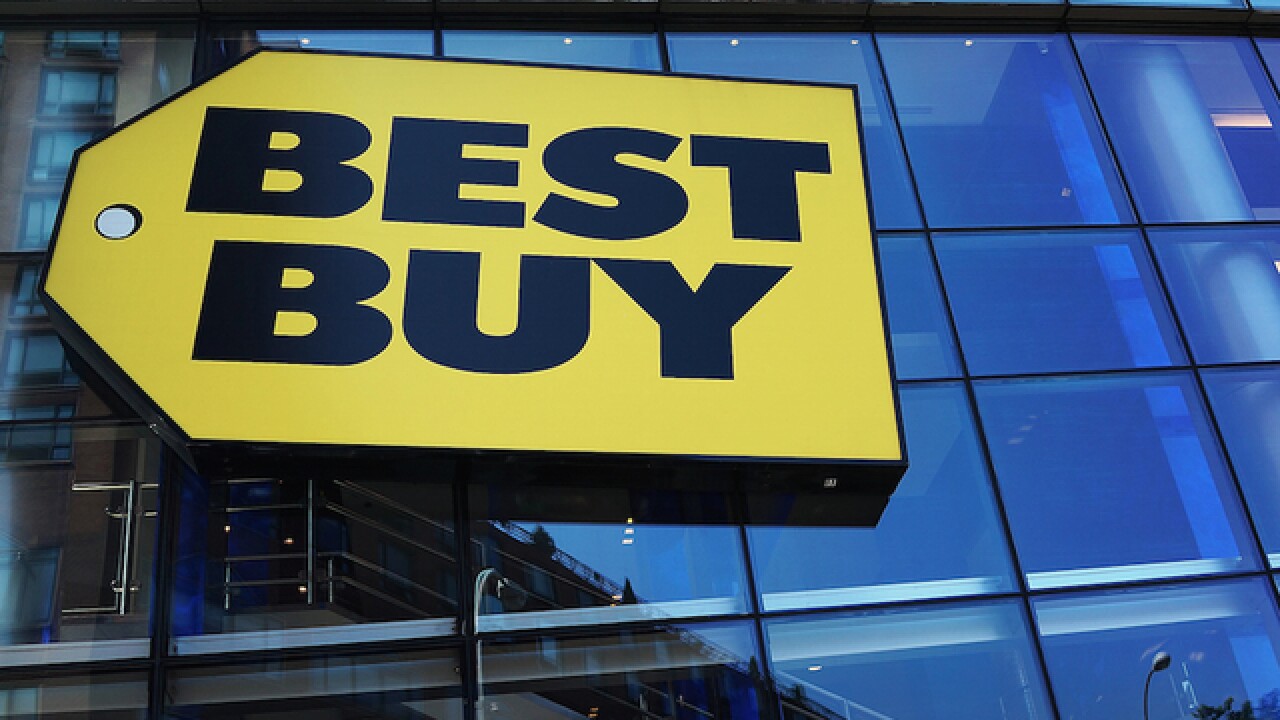 KANSAS CITY, Mo. — Two people connected to a string of Best Buy burglaries across the country were arrested Friday in Kansas City, Missouri, according to police.

An off-duty North Patrol sergeant heard chatter on the police radio about an intrusion alarm at the Best Buy on Flintlock Road early Friday morning. Responding officers saw that someone had attempted to break into the store.

The sergeant decided to stake out the next closest Best Buy, located on Skyview Avenue, to see if the burglars would try there next, the Kansas City Police Department said on its website.

A short time later, a vehicle pulled up to the second Best Buy, and two people allegedly broke into the store. The sergeant called for backup and waited for the burglars to return.

The two people came out of the store, where the sergeant confronted them. The suspects allegedly tried to run but were taken into custody.

They had taken $14,000 worth of merchandise that was recovered, police said.

The two suspects in the Kansas City burglaries are from the Houston, Texas area. Their names have not been released.

One 18-year-old male suspect was arrested for a similar break-in in Texas two weeks prior to Friday's incident in Kansas City. Police have requested there be no bond for that suspect.

The Platte County Prosecutor's Office will consider what charges will be filed, police said.