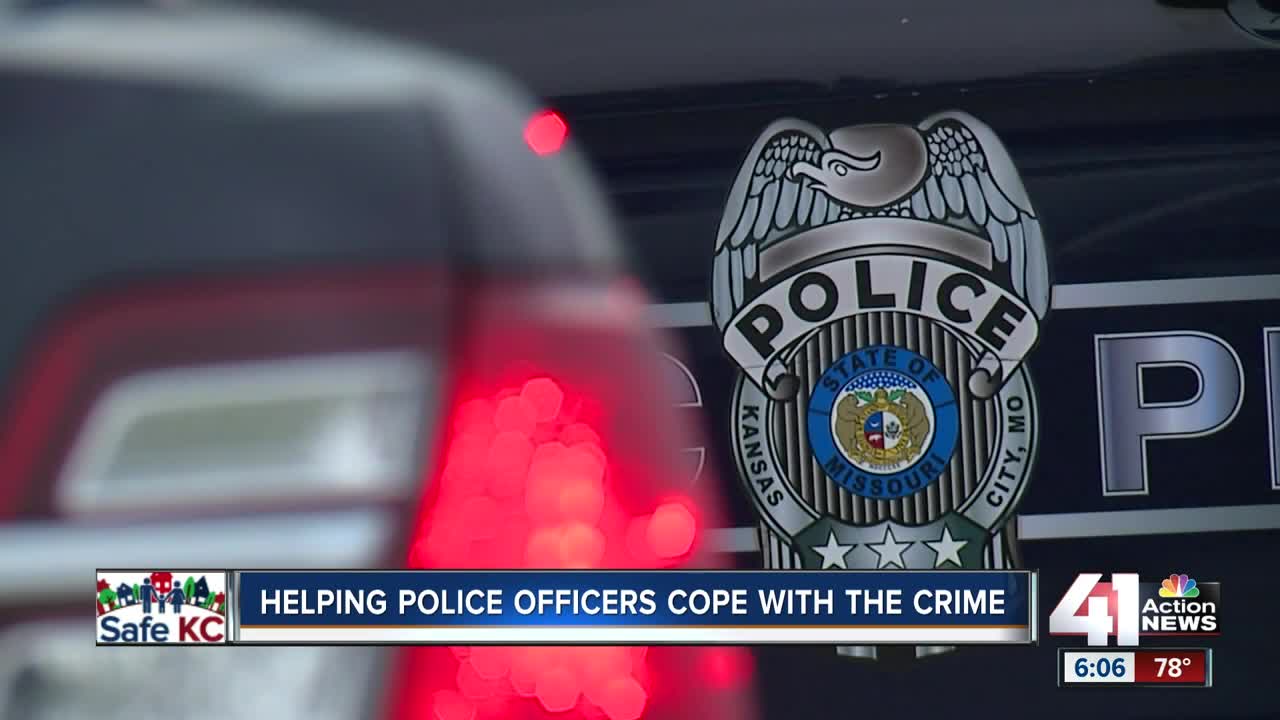 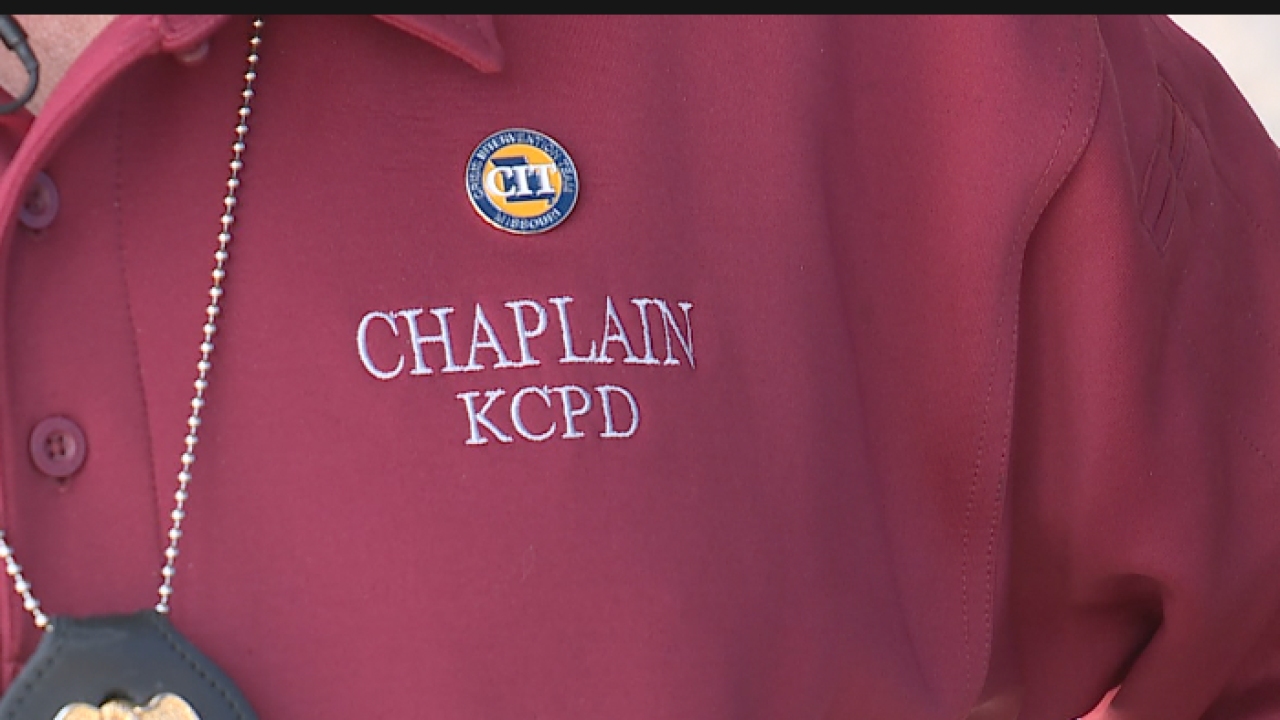 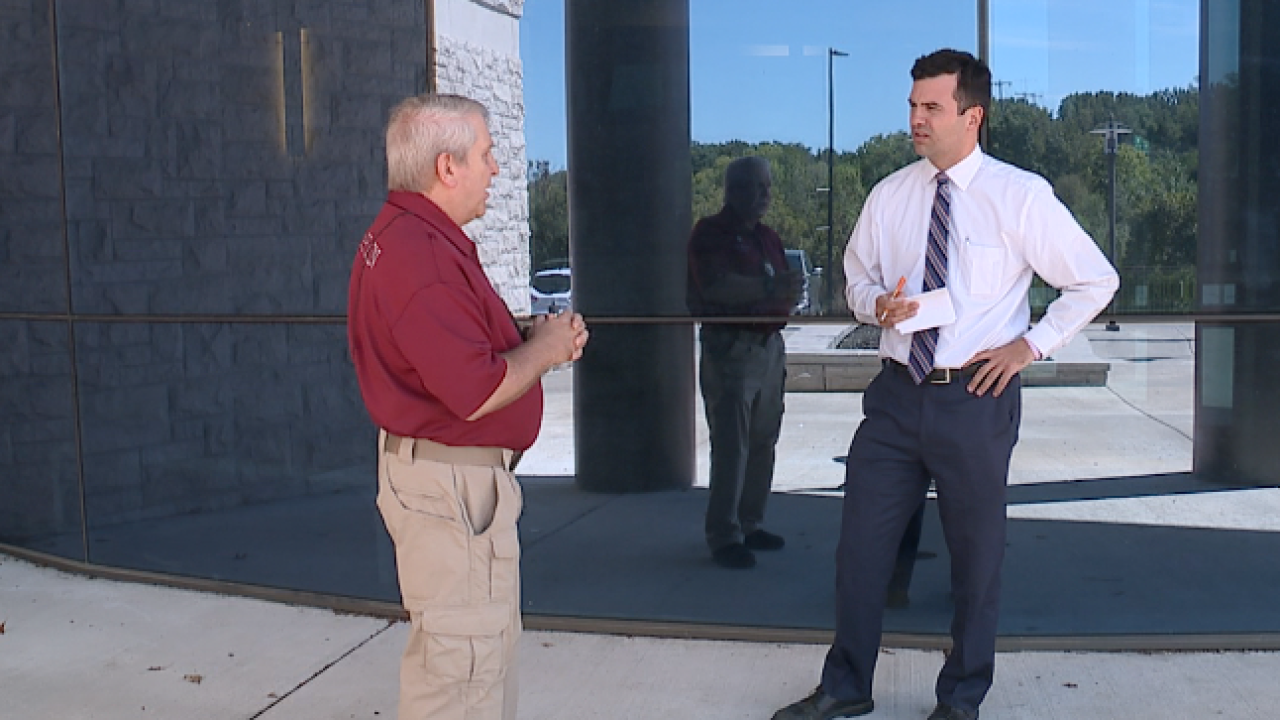 KANSAS CITY, Mo. — During a violent summer that has seen multiple children lose their lives to gun violence, the Kansas City, Missouri, Police Department chaplain team has consistently reached out to officers to offer support through troubling tim.

According to the KCPD Daily Homicide Analysis data, there have been 98 homicides recorded this year as of Tuesday morning. The 99th was recorded at 8 p.m. on Tuesday night.

That violence includes the shooting death of an 8-year-old boy after his house was shot up and the murder of a 25-year-old woman as she tried to get dinner at a food truck during First Fridaya in the Crossroads Art District.

The violence obviously takes a toll on communities and families, but Pastor Kevin Hardy said police also have been impacted.

Hardy is one of a dozen members on the KCPD chaplain team who regularly makes trips to police stations. The chaplains even occasionally join police on patrol.

“We want to be here,” Hardy, a former EMS officer, said. “I can not only empathize with them I can sympathize with a lot of them, because I’ve been through those same situations.”

He said it was important for officers to feel like they had someone to turn to.

While officers respond to all sorts of incidents, Hardy said violence involving teenagers or children can be particularly difficult.

“It’s harder, because you may have a child of your own that age and it really brings it home,” he said.

Many churches around the city also share in the pain of this year's violence.

Tragedy struck the family of Pastor Marvin Kirkwood, who leads the Contagious Life Church congregation on Troost Avenue, in July when his nephew was killed. Many others at the church can also relate.

“As far as victims and suspects, some of their families attend our church,” Kirkwood said. “We have several people in my congregation who have lost their sons to gun violence here in our city.”

“They come in and they’re just asking for an answer and a resolve,” he said. “I just try to remind them that there is nothing too hard for God, and that there is a resolve that’s coming to help us deal with this situation.”

“It’s really a ministry of presence,” he said. “Just being available and being a resource.”