"We're looking to see what individuals we can find inside, what camps they have set up," KCPD Captain Ryan Mills said.

One of the goals of the operation was to recover stolen property from 18 burglaries that have taken place in the Northeast neighborhood from March 26 through last week.

"We're looking through this mess of items here to see if anything resembles or matches those items that were taken," Mills said. "If we see a lot of tools -- power tools for example -- that lends us to believe that it is stolen property."

Officers divided the park into eight sections to conquer as much ground as they could during the sweep. 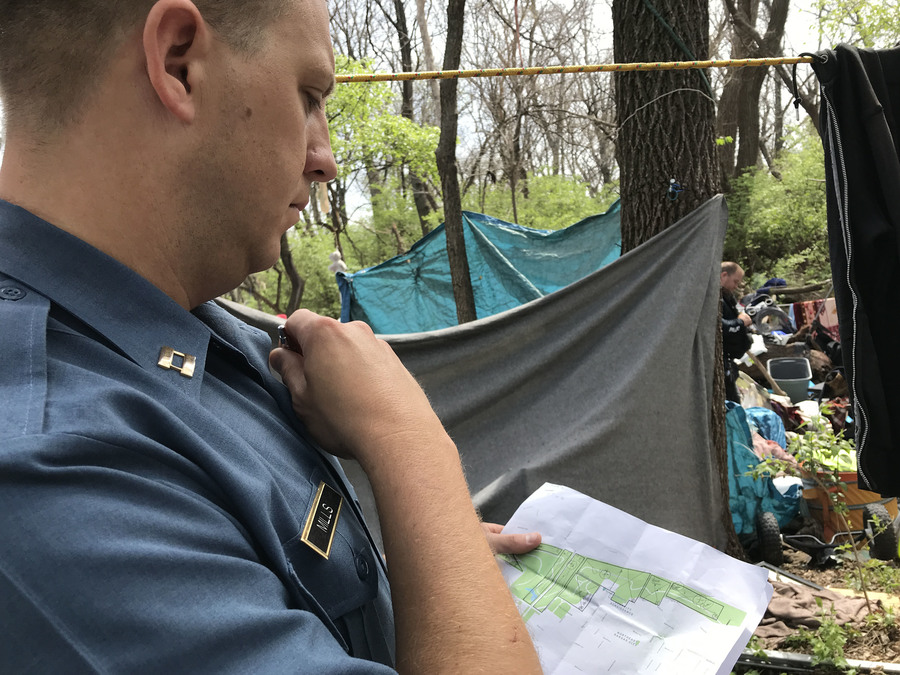 They were also keeping an eye out for the man who detectives want to talk to in connection with Tuesday's deadly shooting that took the life of Johnathon Porter at a job site on 9th and Brooklyn.

"I don't know for sure that the suspect in that crime was staying in the camps, but it's close enough and we want to make sure we can do everything we can to identify that individual," Mills said.

By the end of the operation, police discovered seven homeless camps.

KCPD social workers and representatives from ReStart and the Salvation Army offered resources to people staying in the camps. Several people took them up on their offer to help.

KCPD said Thursday afternoon no apparent stolen property was found during the sweep.