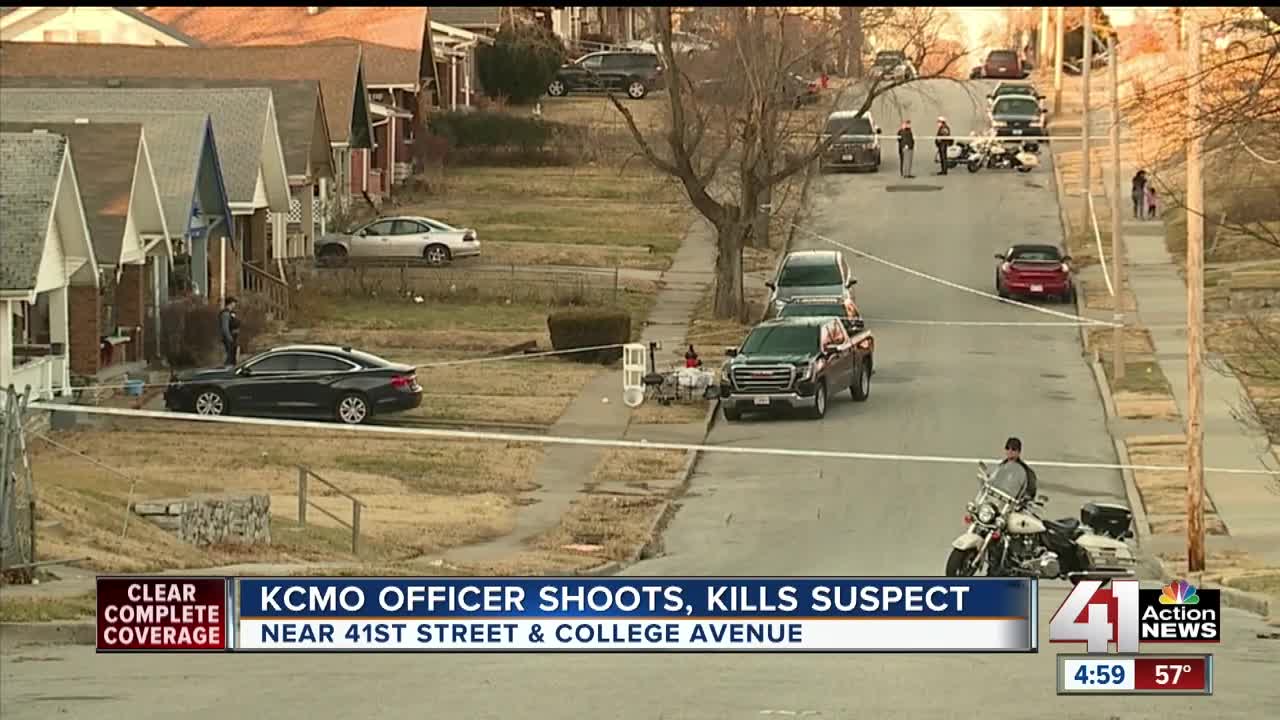 A Kansas City, Missouri, police officer was involved in a deadly shooting early Tuesday afternoon. KCPD said one of its officers was involved in a shooting around 12:20 p.m. near the intersection of East 41st Street and College Avenue. 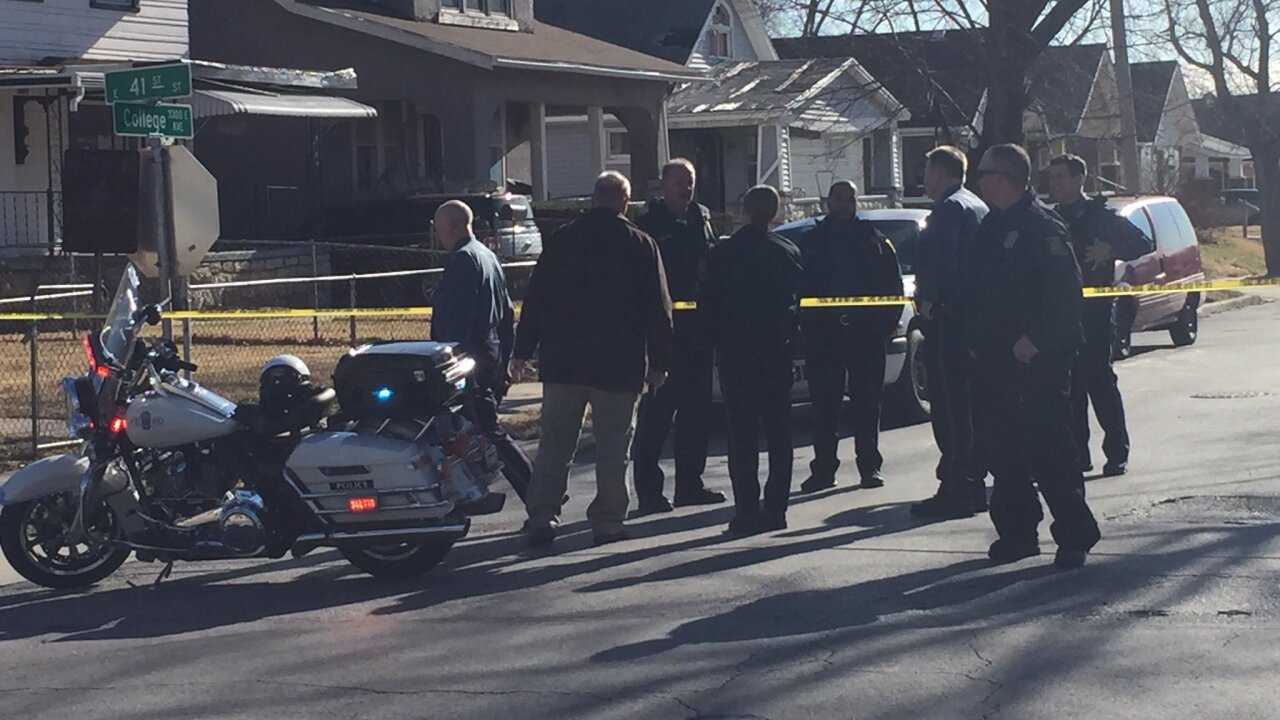 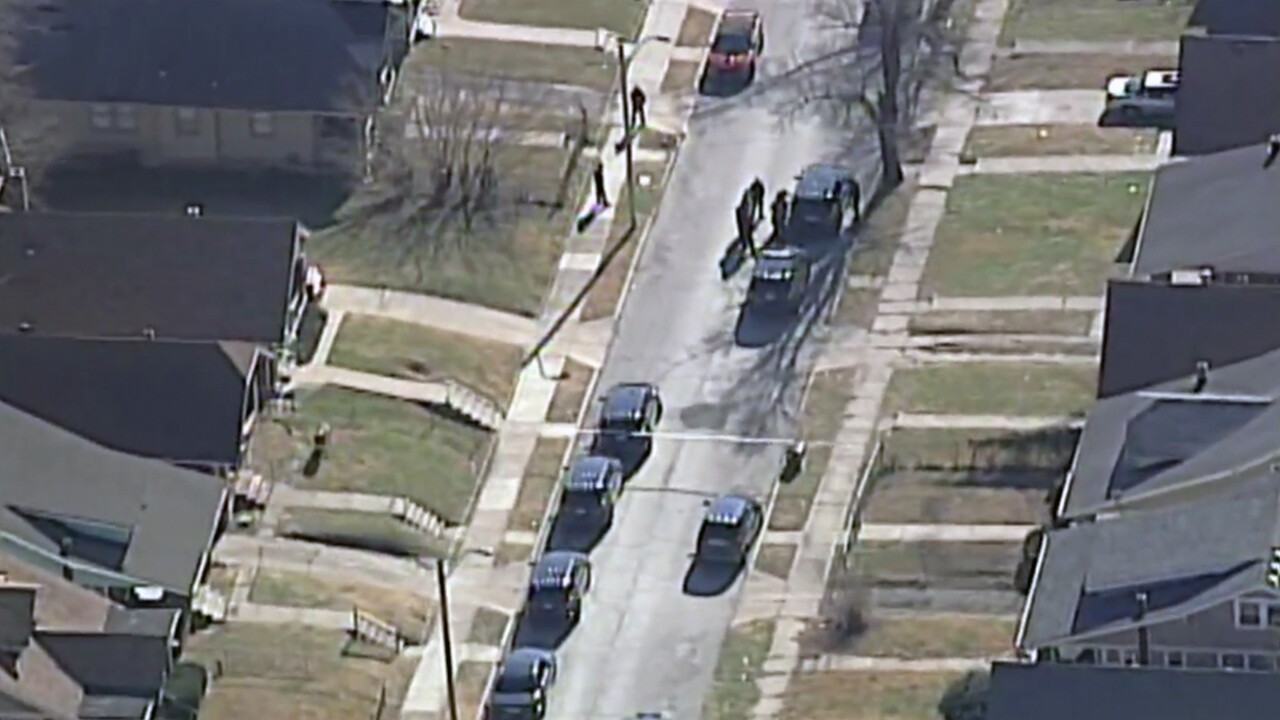 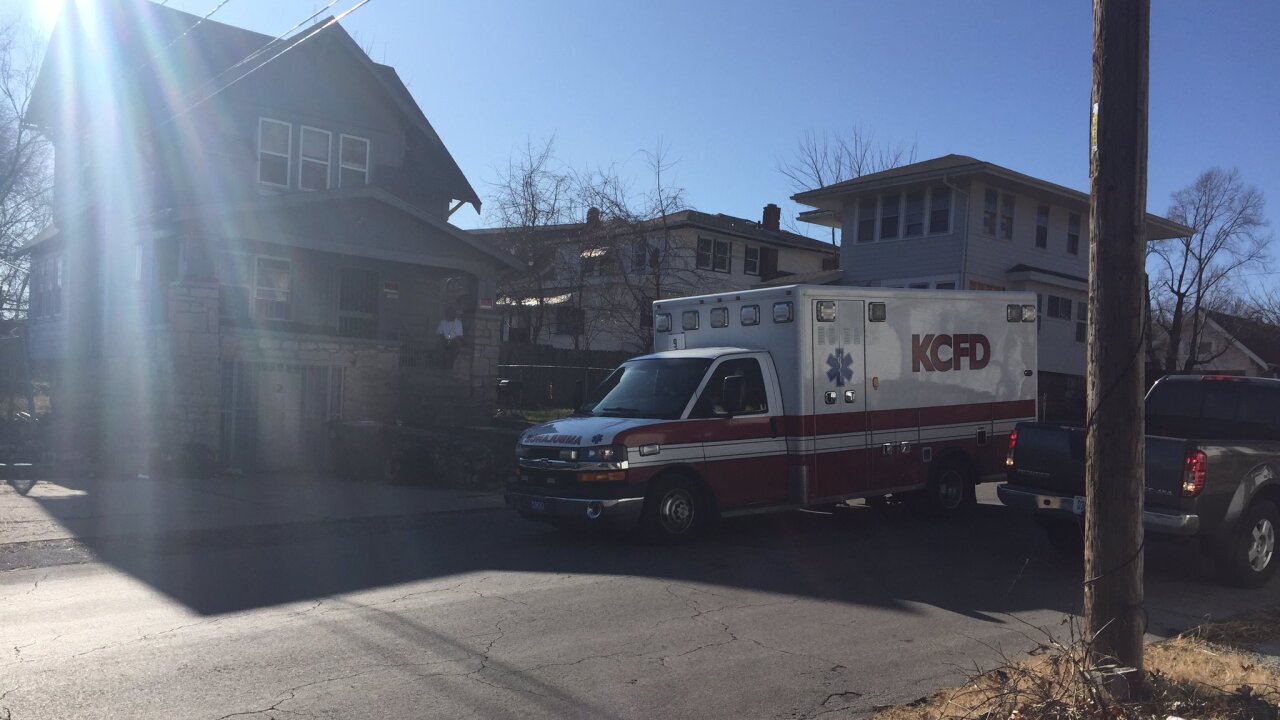 KCPD said one of its officers was involved in a shooting around 12:20 p.m. near the intersection of East 41st Street and College Avenue.

Police said the initial call involved a "disturbance" with two vehicles in the area of East 35th Street and College Avenue. A police helicopter saw one of the vehicles drive southbound and pull behind a residence in the 4100 block of College Avenue, according to KCPD spokesman Capt. Tim Hernandez.

Plainclothes detectives wearing marked police vests responded to the area. One of the detectives approached a man inside the vehicle, and during the encounter, the officer discharged his firearm, striking the man, Hernandez said.

“I heard the helicopters surfing around,” said one neighbor, who did not want to be identified. “About two or three minutes later there were 25, 30 cars. You could hear the sirens.”

The man died inside the vehicle. A handgun was found on the ground near his left hand, according to Hernandez.

It's unknown whether the man shot at the officer. It was also not clear how many shots were fired.

No officers were injured, Hernandez said. The officer who fired the gun is on routine administrative leave.

One person is deceased, no officers have been injured. The area around 41st and college has been searched and there are no additional suspects at large. There is no active threat to the residences in this area. Detectives and investigators will be processing this scene now

Police made contact with the other driver who was involved in the initial disturbance, Hernandez said.

Hours after the shooting occurred, groups of neighbors watched as officers searched around the home for evidence.

A neighbor told 41 Action News that similar violence has unfortunately become normal in the area.

“It happens so often that it doesn’t surprise me a bit when I see the officers around in the area,” she said. “You see the murder counts we have right now and you know what it’s like living here in our city. I’m used to this now, but it’s not okay. It’s sad and at some point we have to get control of what’s going on.”