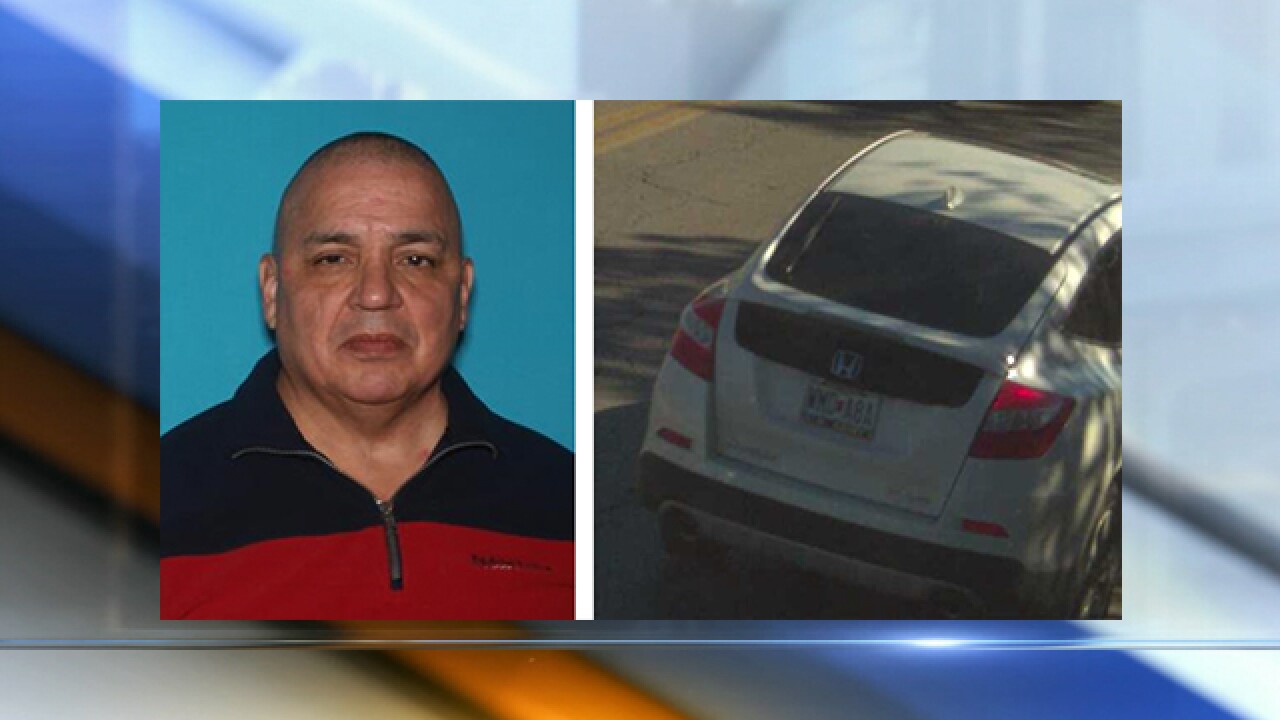 Philip Samudio was last seen leaving his home at about 6 a.m. Wednesday in the 1400 block of NE 107th Street.

He was driving his white 2014 Honda Crosstour with Missouri license plate WMO-A8A.

Family told police that he was recently diagnosed with dementia and other medical issues and is in need of immediate medical care.

If located, police ask you call 911 immediately or, if you have information on his whereabouts, call the KCPD Missing Persons Section at 816-234-5136.