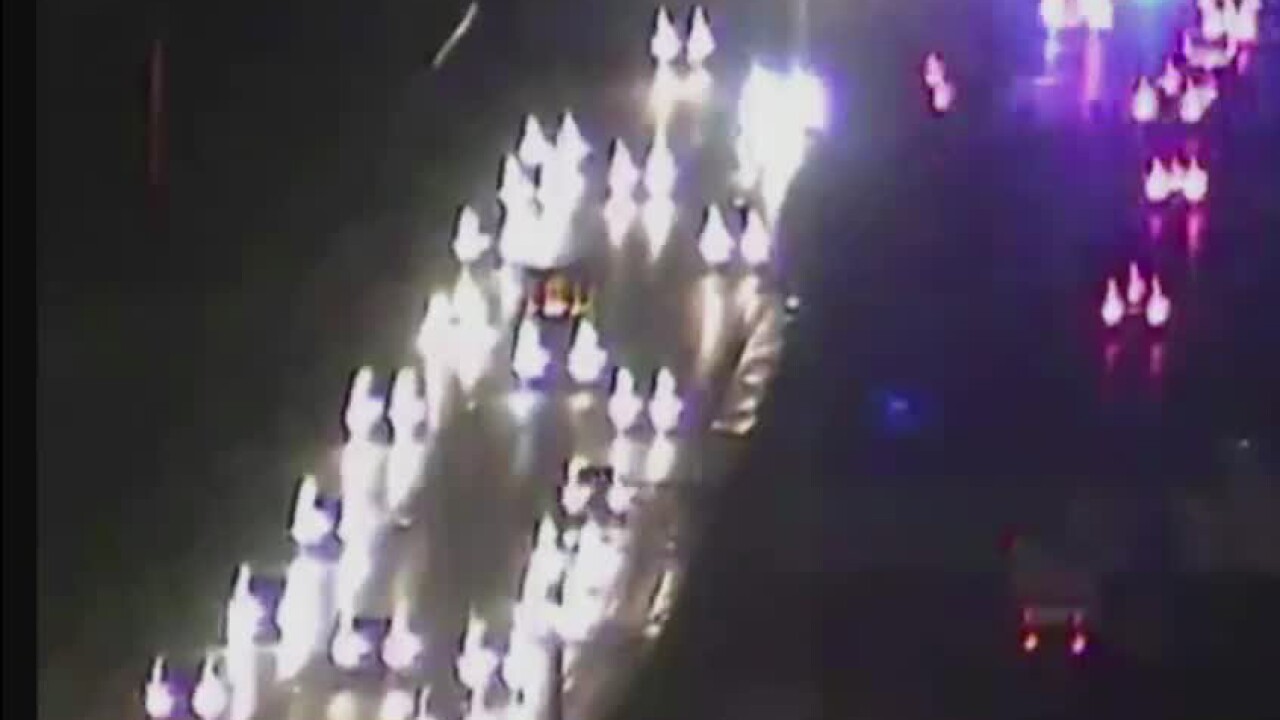 The crash occurred near Interstate 70 and 40 Highway. Police had someone in custody shortly after 5 a.m., but later determined that person was not involved in the crash, a spokesperson said.

Police found two firearms and a backpack in the area but continued to search for the suspect, who was believed to be armed.

Witnesses told police that the suspect was a white male wearing a black leather jacket, a green shirt and blue jeans. He was seen carrying a rifle, police said.

The truck involved in the crash was reported stolen in Blue Springs.