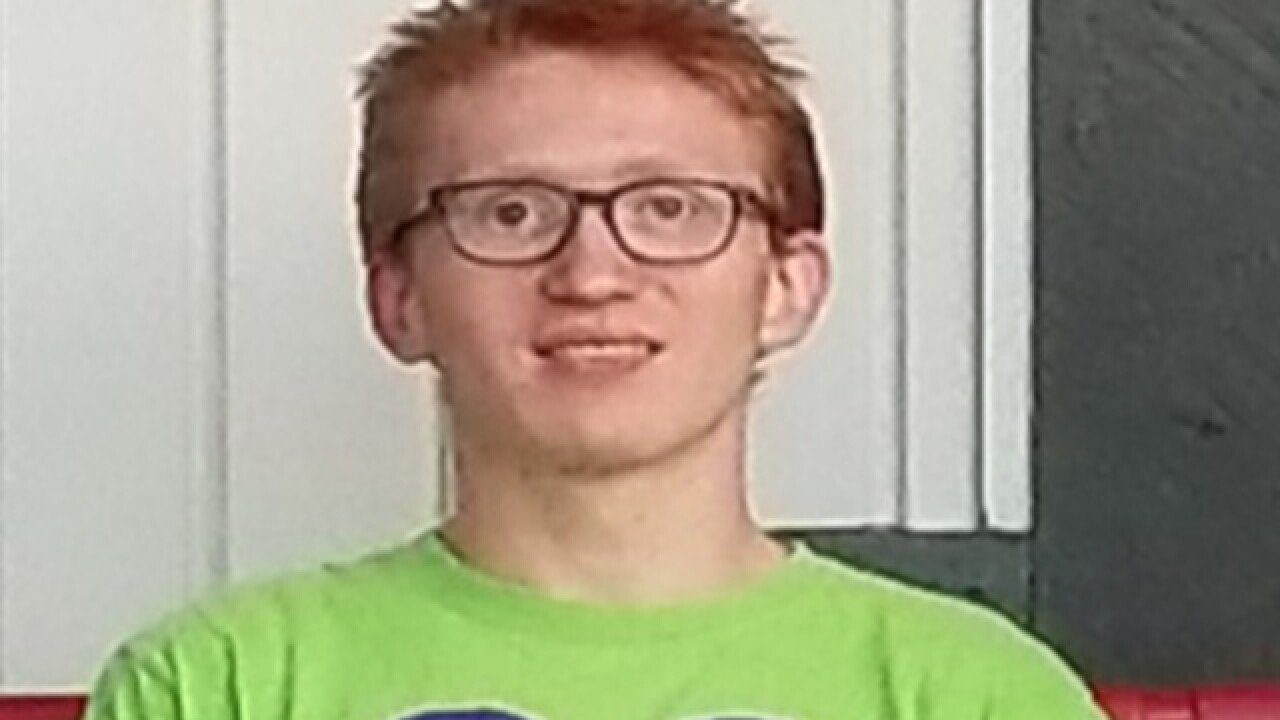 Kyden Hiebert was last seen Friday leaving the Cornerstones of Care campus near 137th and Oak in Kansas City, Missouri.

He's described as 5 feet tall, 150 pounds and has red hair and green eyes. He was last seen wearing swim trunks and no shorts but it's possible he changed clothing.

According to a release from police, Hiebert is cognitively delayed and startles easily. If surrounded by people or talked to in a loud voice he could feel threatened and react violently.

The release said he could be accompanied by another person named and it's possible they left Cornerstones of Care together.

The release states that Hiebert doesn't know how to request for help nor does he understand geographical direction.

Anyone with any information on his whereabouts is asked to call 911 or notify the KCPD Missing Persons Unit at 816-234-5136.