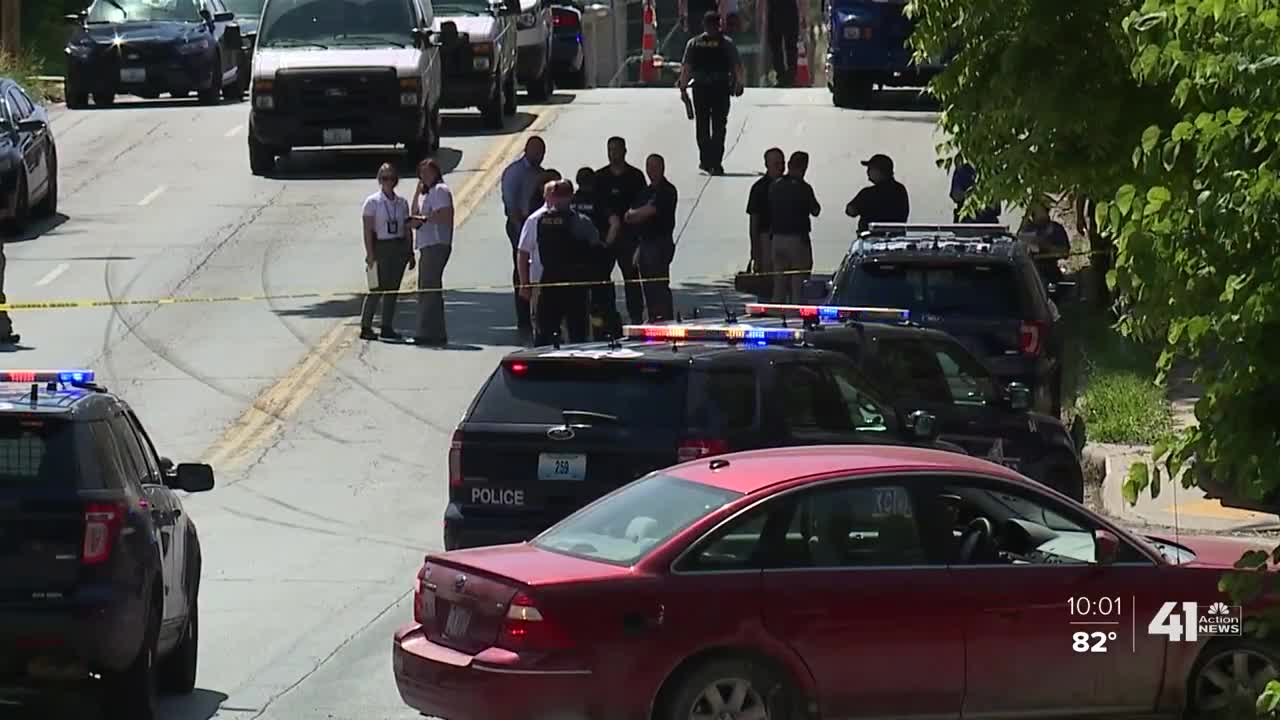 A Kansas City, Missouri, police officer shot and killed a suspect in an armed carjacking on Saturday afternoon, and the Missouri State Highway Patrol is investigating the shooting. 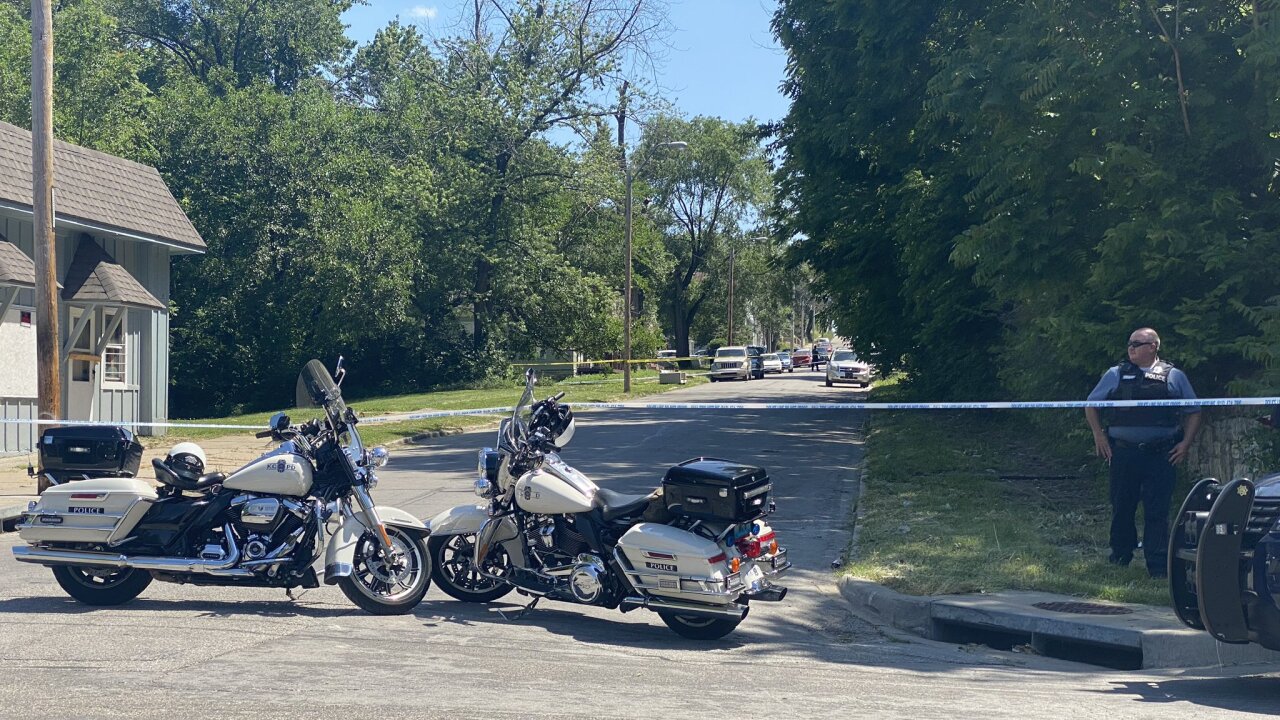 KANSAS CITY, Mo. — A Kansas City, Missouri, police officer shot and killed a suspect in an armed carjacking on Saturday afternoon, and the Missouri State Highway Patrol is investigating the shooting.

MSHP Sgt. Andy Bell said that around 1:30 p.m. an armed carjacking occurred in the 2300 block of Topping Avenue.

A KCPD officer spotted the suspect vehicle and, according to Bell, “initiated a traffic stop,” activating lights and sirens. The vehicle fled from the officer, and a pursuit ended in the area of East 23rd Street and Lister Avenue.

At the scene of the crash, the sole occupant -- a white male in his 20s -- fled the scene on foot, according to Bell. The officer then began a foot pursuit, "at which time the suspect presented some kind of handgun,” Bell said.

The officer fired a single round at the man, according to Bell. Emergency services were rendered to the suspect, who died at the scene.

MSHP on Sunday identified the man who was shot by police as William Slyter, of Kansas City, Missouri.

Preliminary information suggested that a handgun was recovered at the scene, according to Bell, though he said investigators are “combing through all those minute details to determine what 'presenting' meant.”

The officer involved in the shooting was unharmed and will be placed on administrative leave.

KCPD will continue to investigate the carjacking, and KCPD spokesperson Doaa El-Ashkar said KCPD detectives still are “working through initial details” of that event. The carjacking victim called 911, according to El-Ashkar, and told a dispatcher that the vehicle was stolen.

Before Bell addressed the media, Kansas City, Missouri, Mayor Quinton Lucas said in statement that he had called an emergency Board of Police Commissioners meeting about one week ago to "review and immediately enact police oversight policies."

“One of those measures requires an outside enforcement agency to investigate any officer-involved shooting that occurs in Kansas City," Lucas said in the statement. "This afternoon, I have spoken with Kansas City Police Chief Rick Smith and Jackson County Prosecutor Jean Peters Baker. Pursuant to our new board policy, the Missouri Highway Patrol is now on the scene to handle the investigation into this incident, rather than the Kansas City Police Department, and will be communicating with the public and press in connection with this incident.”

@kcpolice says MO Highway Patrol will investigate the officer involved shooting. We’re told they are headed to the scene now. KCPD says MHP will give all updates/interviews pic.twitter.com/qeX8LpTi05

It’s unknown how long roads in the area will be closed.

Some protesters had arrived at the scene of the shooting ahead of MSHP's media briefing.

Rachel Riley told 41 Action News that community members had gathered to demand answers from police. Riley is the East 23rd Street Neighborhood Association President and said the violence is traumatizing to the neighborhood.

“We all make mistakes, and people are saying, 'Well yeah, if he ran from the police and he pointed a gun, that’s what he gets,'" Riley said. "Are you kidding me? What is our de-escalation? I mean what policies do we have that we are not just taking lives, we’re taking someone's life."

When an officer involved shooting occurs, Riley said an investigation needs to be done by a private company outside the state of Missouri.