KCPD: One dead, four injured in shooting at 18th & Vine 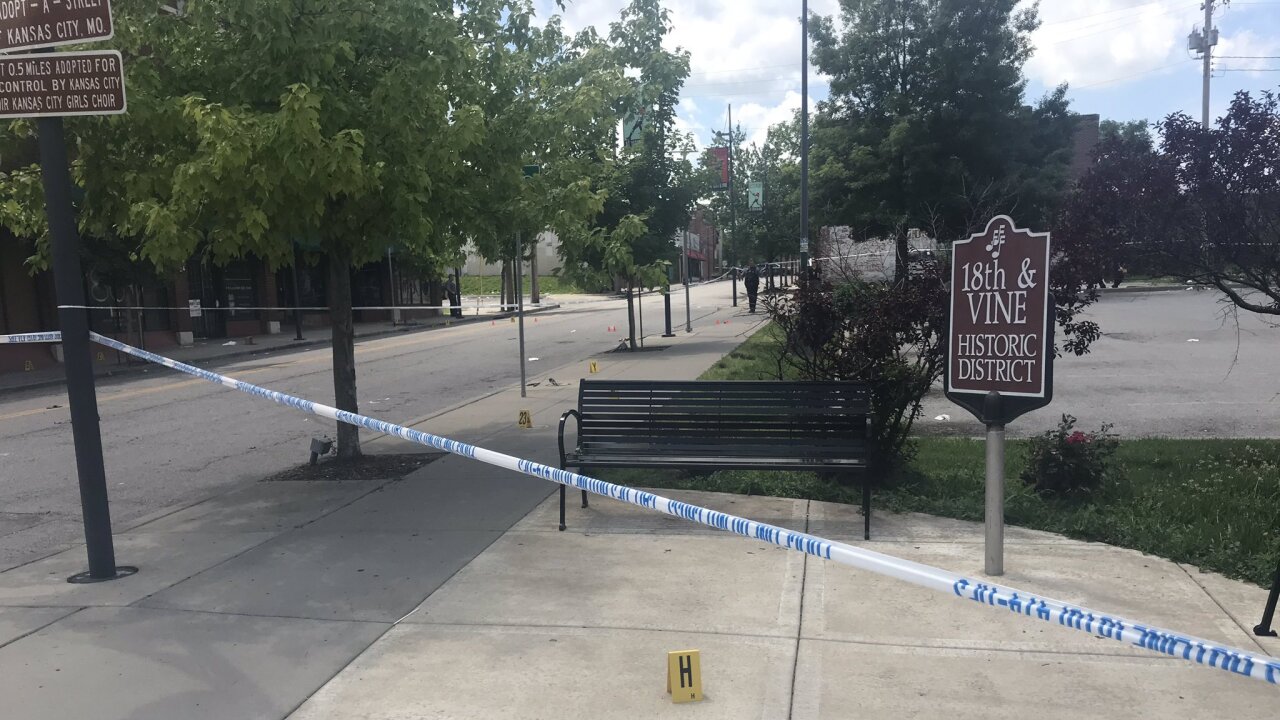 Nick Starling/KSHB
Five people were shot on June 6, 2020, in the 18th and Vine District in Kansas City, Missouri. 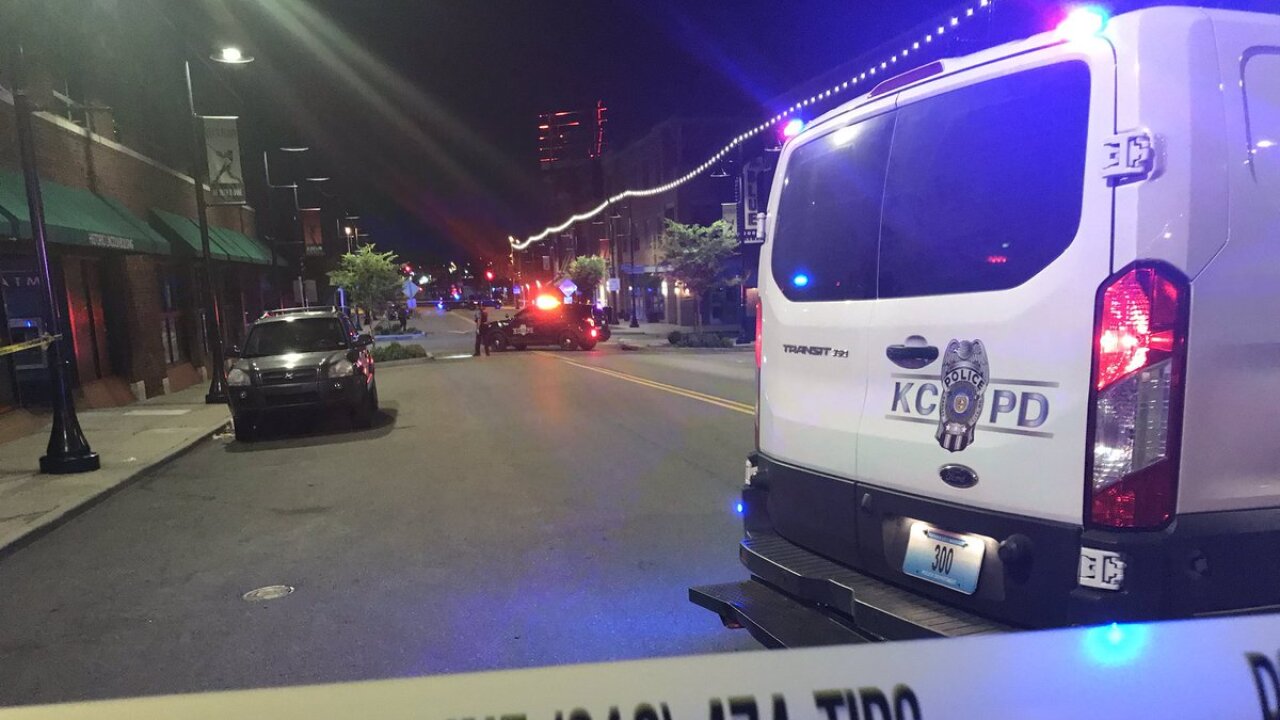 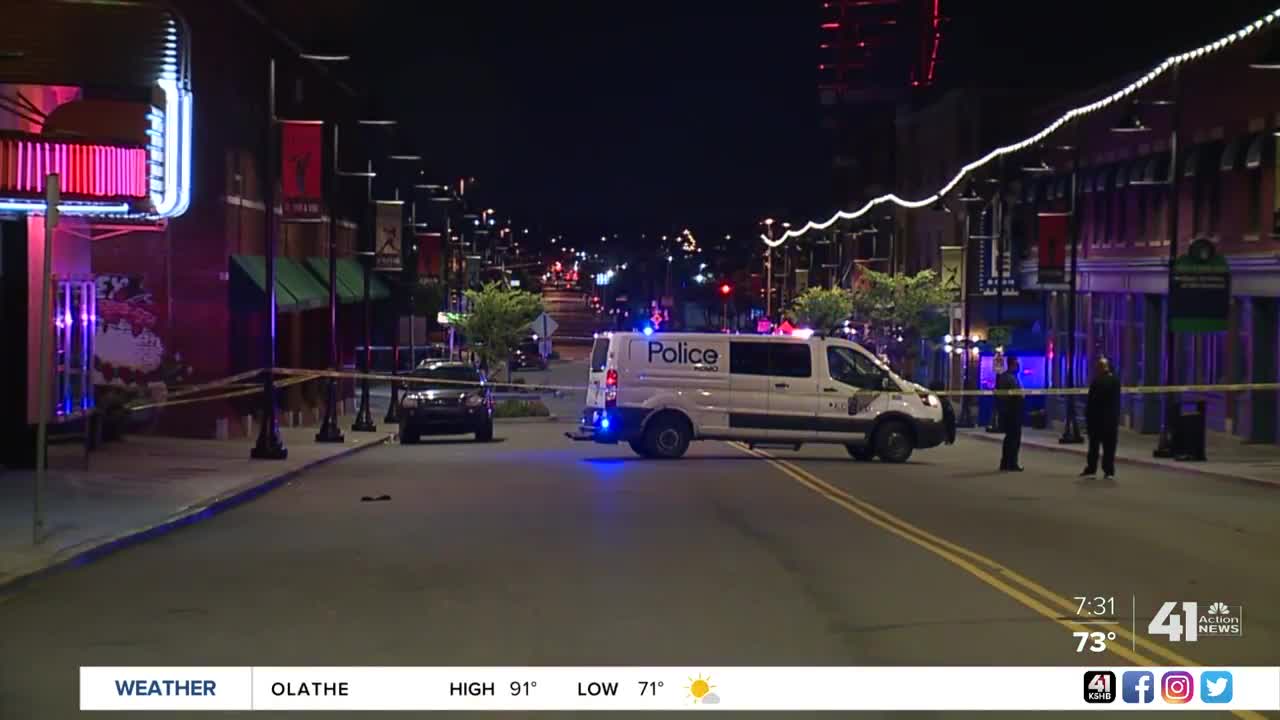 KCPD also said the crime scene "extended for more than a block from the intersection" and anyone with information is asked to contact police.

A $25,000 reward is being offered for information that leads to an arrest.

UPDATE, 7:00 A.M. | KCPD confirmed one man died in an overnight shooting at 18th and Vine. A total of five people were shot.

Officers were initially called to Truman Medical Center for several shooting victims that arrived at the hospital. Three men and one woman are stable and expected to survive.

Police say it appears a group of people were gathered in a parking lot when an argument broke out, followed by gunfire.

New info: @kcpolice confirm one person died in this shooting. Police say there were at least 2 shooters. They’ve found dozens of bullet holes in buildings north and south of 18th on Vine. PD says many ppl were here, if you saw something, call @KCCrimeStop pic.twitter.com/O9y8fnzmfJ

Original story |Police in Kansas City, Missouri, say five people are in the hospital after an argument turned into a shooting at 18th and Vine streets early Saturday morning.

Officers responded to the scene in the city’s historic jazz district at about 2:20 a.m. Saturday.

A sergeant from the police department said each victim was alive when they left the scene. Some were injured more seriously than others.

A security guard at the American Jazz and Negro Leagues Baseball museums told 41 Action News he noticed a group of people hanging out in a parking lot listening to music before hearing gunshots. He said he heard more than a dozen shots and they came from at least two different guns.

“The next thing you know cars were speeding and peeling rubber and taking off,” Thomas Edison, the security guard, explained.

Police say it’s too early in the investigation to announce any arrests or suspect information.

A sergeant with KCPD said at least one car crashed a few blocks near 19th and The Paseo in an attempt to get away from the shooting.