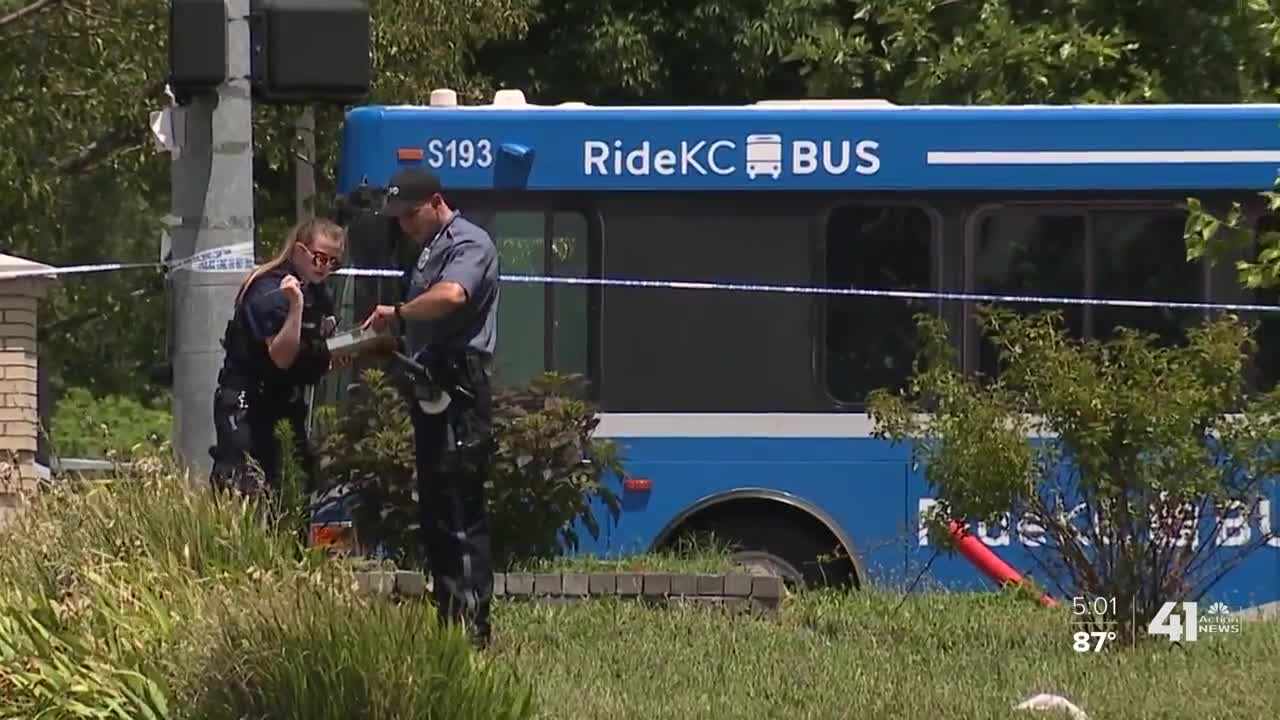 A Kansas City, Missouri, police officer and a bus driver were shot and injured by a robbery suspect on Thursday morning in Northeast Kansas City, according to authorities. 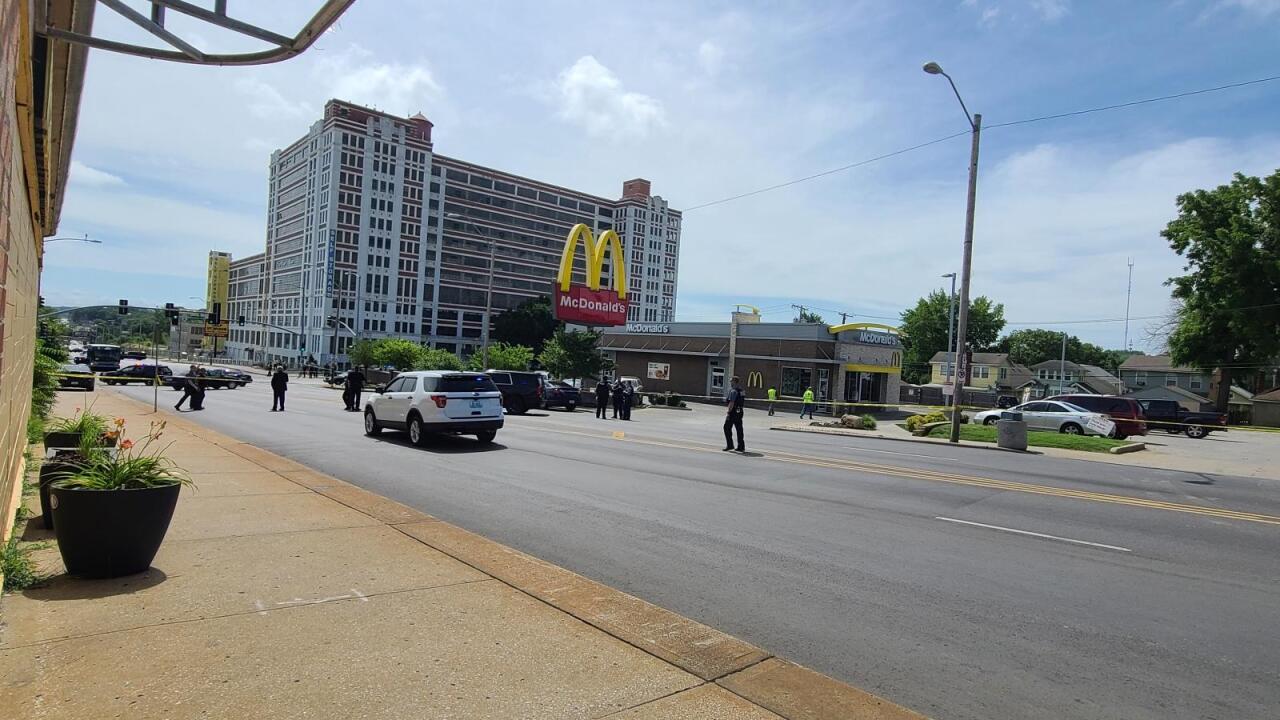 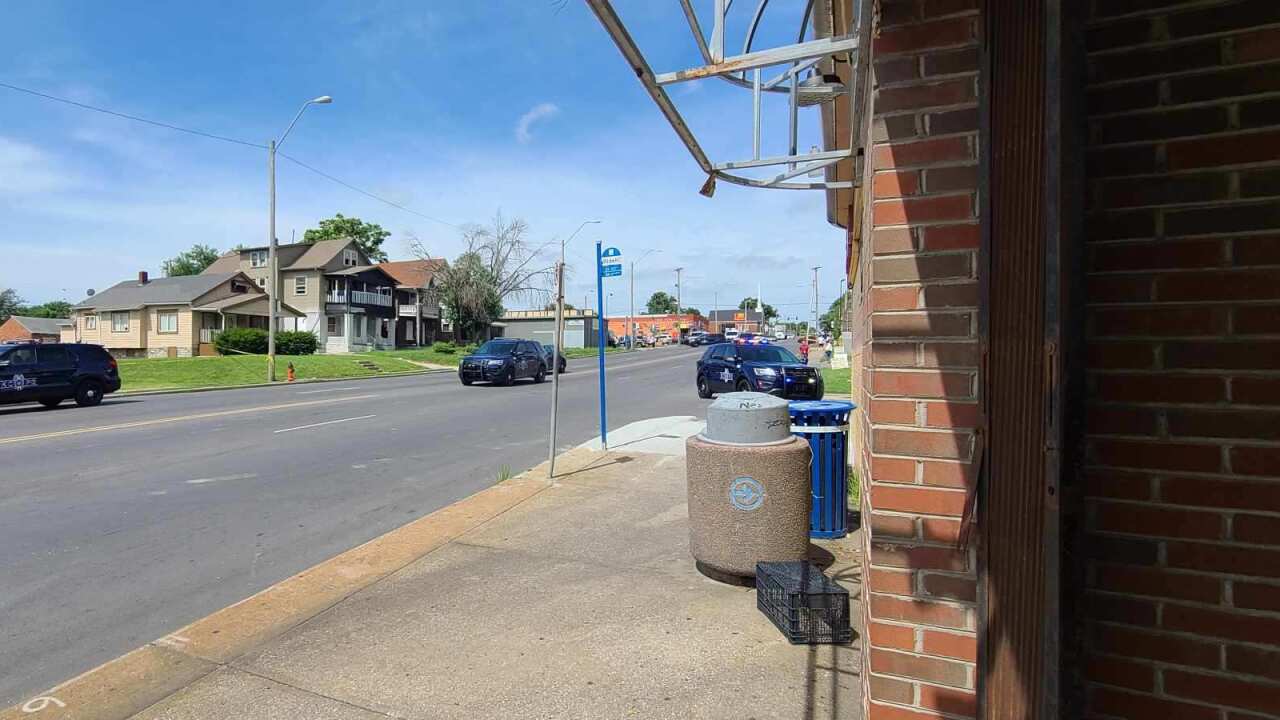 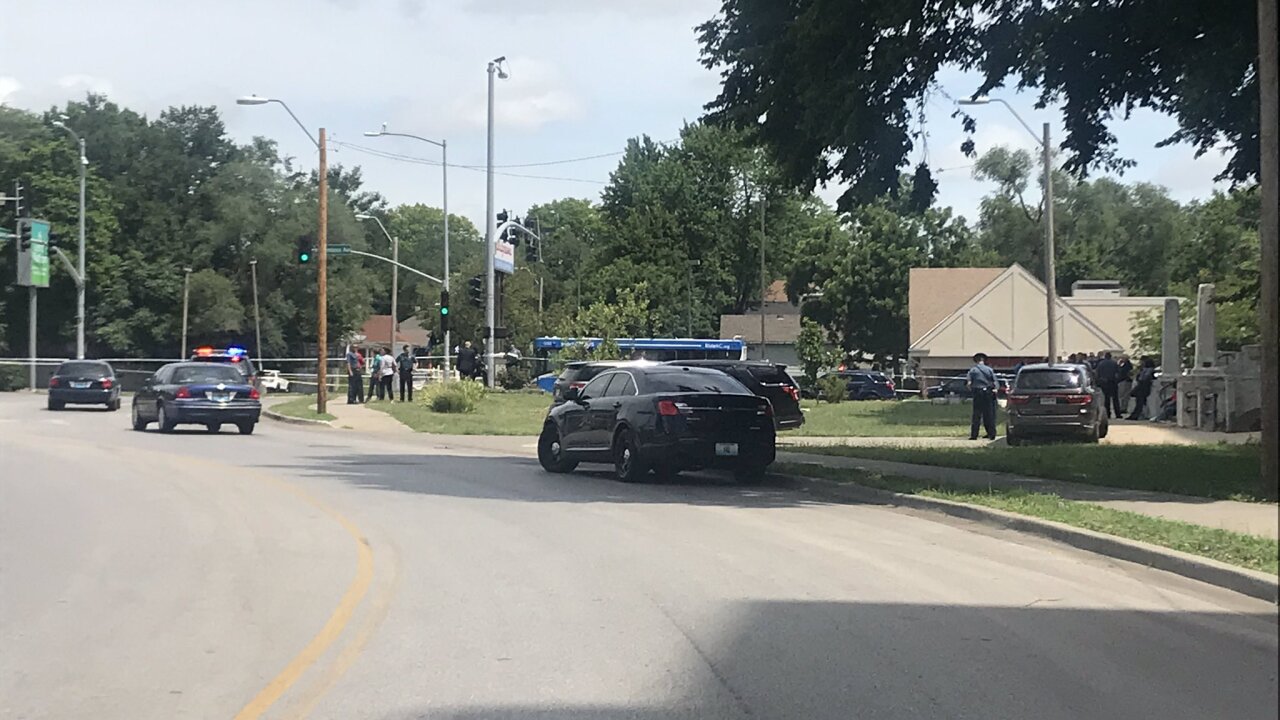 KANSAS CITY, Mo. — A Kansas City, Missouri, police officer and a bus driver were shot and injured by a robbery suspect on Thursday morning in Northeast Kansas City, according to authorities.

The shooting occurred around 10:45 a.m. at Independence and Hardesty avenues, a few blocks west from where the suspected robbery occurred, according to Sgt. Bill Lowe, a spokesman for the Missouri State Highway Patrol, which is investigating the shooting.

Lowe said a Kansas City Area Transportation Authority bus driver witnessed a man rob someone at a bus stop near Wilson Avenue and then get on the bus. The bus driver notified Kansas City police and began driving slowly on Independence to Hardesty Avenue, where officers responded.

Update: The suspect was observed committing a robbery by a @RideKCTransit driver. The suspect then got on the bus. The driver notified @kcpolice immediately. An officer made contact with the bus at Independence St & Hardesty. (1/3)

When the bus stopped, a KCPD officer got on the bus from the back entrance and was shot by the suspect, Lowe said.

The officer, an 18-year veteran, suffered injuries that were not life-threatening. Later Thursday, police said the officer had been treated and released from an area hospital.

Then the suspect shot the bus driver, Lowe said, before leaving the bus and engaging in a shootout with other KCPD officers who were outside the bus.

Lowe said at least one officer returned fire. The suspect sustained critical injuries in the shootout.

"(The officers) were given no choice to do what they had to do," Lowe said. "They felt their life was threatened, as well as everybody in the surrounding area. They did what they're trained to do."

The bus driver's injuries were not considered life-threatening, Lowe said. She was being treated at an area hospital.

"She was under a tremendous amount of pressure," Lowe said of the bus driver's actions. "For her to think quickly to not only notify the Kansas City Police Department but to also decide to drive a little slower than normal, to make sure that officers were able to arrive on the scene, that was extremely heroic on her part."

"Every day our courageous operators are on the front lines, committed to the citizens of the Kansas City region. All of the (RideKC) family is praying for a full recovery of our operator and our officer, and thank KCPD for their quick response," Makinen said.

Mayor Quinton Lucas tweeted that he was "horrified" to hear about the shooting and applauded the "service and courage" of the officer and bus driver.

"This is a reminder of the hard work our first responders do each day," Lucas said in the tweet. "I thank (Kansas City police) and all who were quickly on the scene and who kept the passengers and bystanders safe in a challenging moment."

Horrified to hear today of an incident in which a @kcpolice veteran and a @RideKCTransit driver were shot in Northeast Kansas City by a robbery suspect who opened fire on both. My thoughts are with both victims and their families and I thank them for their service and courage.

Lowe said everyone on the bus would be interviewed, as well as anyone in nearby parking lots who may have witnessed the shooting.

Lowe said KCPD requested that the highway patrol investigate the shooting for transparency purposes, but KCPD will handle the robbery investigation and the assault against the bus driver.

Police shut down several intersections in the area shortly before 11 a.m. All roads were reopened by 4 p.m.