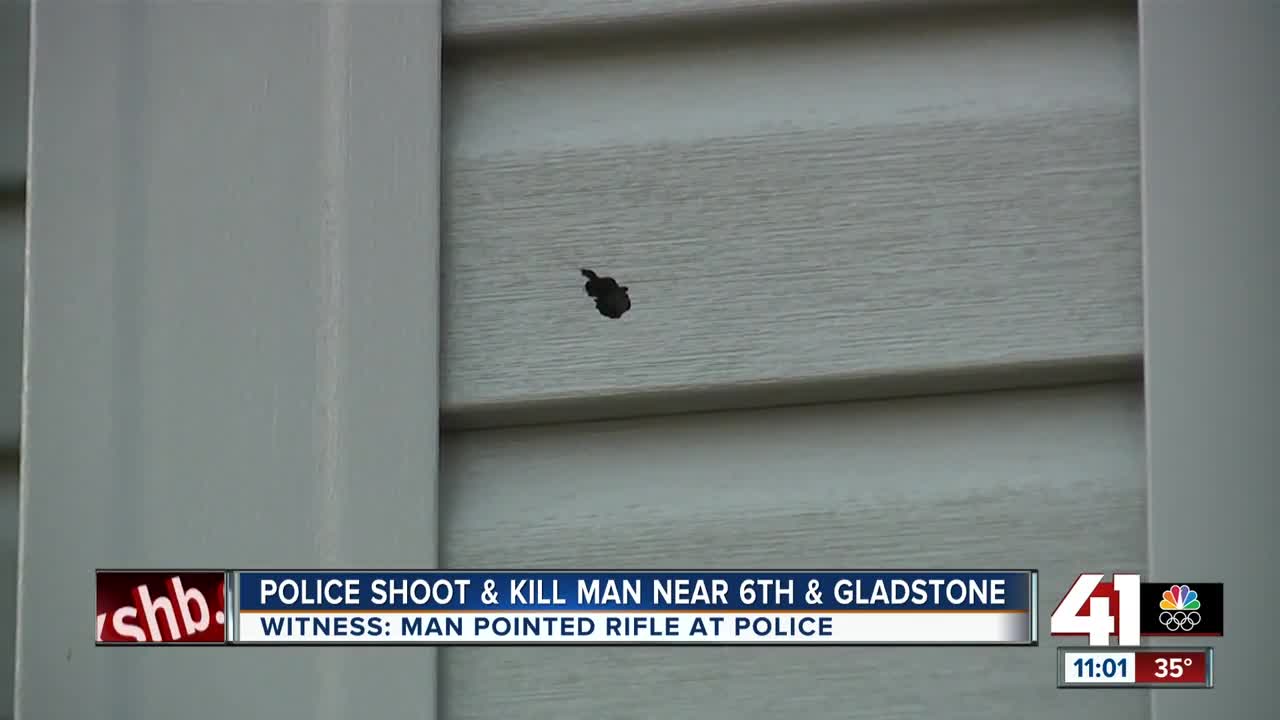 Kansas City, Missouri, police officers shot and killed a man overnight near East 8th Street and Gladstone Avenue. Neighbors said they heard the officers talking to the man, then gunfire. 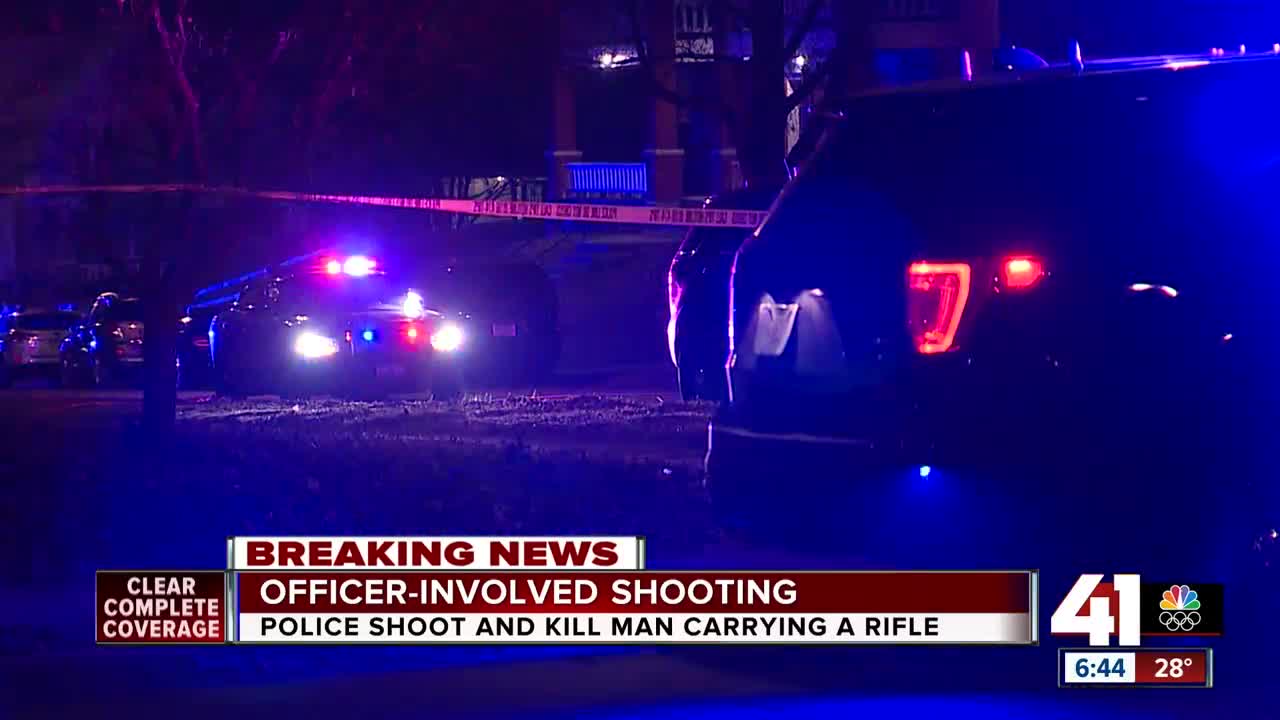 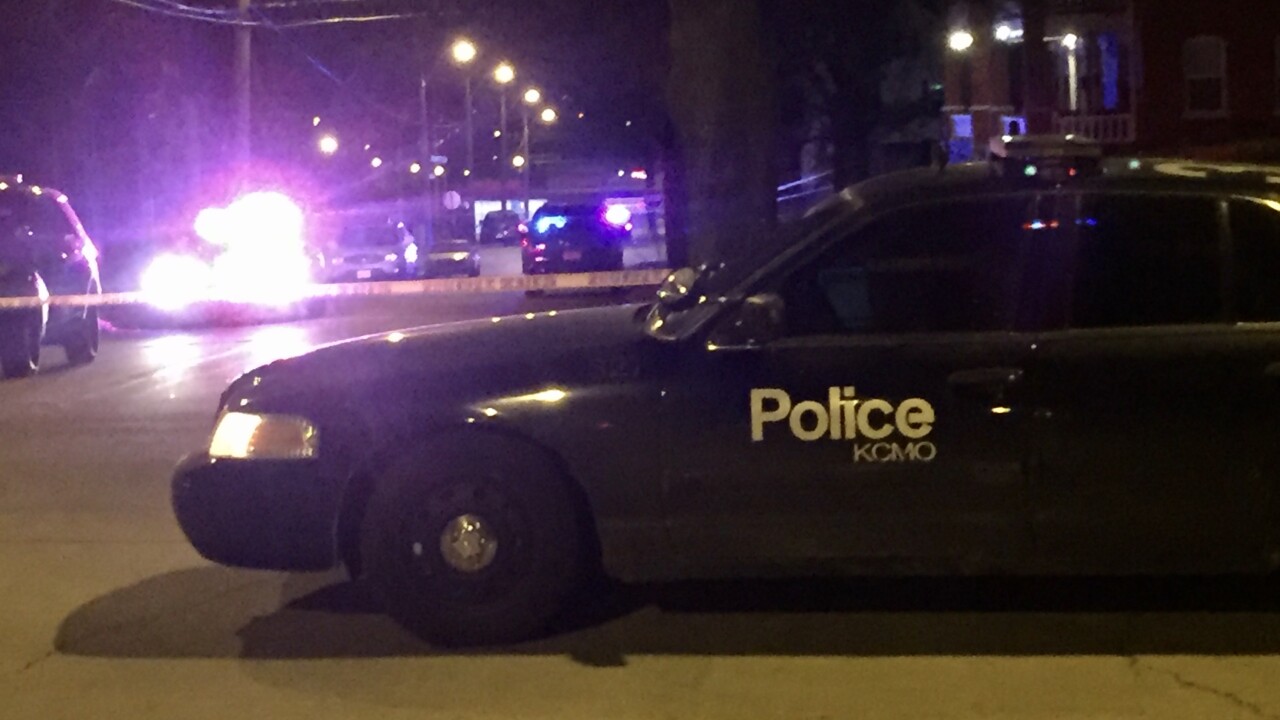 She said dispatchers sent officers to the 3200 block of Independence Avenue on a report of man with a rifle at about 1 a.m. Friday.

When officers arrived, they saw the man in the street near East 6th Street and Gladstone Avenue with a rifle, El-Ashkar said.

According to police, the officers gave the man verbal commands to drop his gun and he refused. Police said that's when an officer attempted to use less lethal force by firing bean bag rounds at the man, but the man still didn’t comply.

Officers followed the man to East 8th Street and Gladstone Avenue while continuing to give him commands to drop his weapon, they say he continued to ignore those commands.

El-Ashkar said an independent witness told officers they saw the man turn and point his rifle at officers, which is when multiple officers shot the man with their guns.

The man received emergency medical care at the scene before he was taken to the hospital, where he died.

He has been identified as 37-year-old Joshua Downing.

It is not the ending police hoped for, El-Ashkar said.

“Absolutely not, which is why officers take the less lethal means first and we try everything that we possibly can first because, obviously, we do not want it to be deadly force,” El-Ashkar explained.

Into the early morning hours Friday, detectives canvassed the area for witnesses and took statements from the officers involved while crime scene technicians processed the scene for evidence.

El-Ashkar said the officers who fired their weapons are on paid, administrative leave; which is standard procedure in an officer-involved shooting.

Our 41 Action News crew on location saw representatives from the Jackson County Prosecutor’s Office on scene. Ultimately, it will be prosecutors who decide if the actions of the officers are justifiable under the law.

Dwane Goldston said he woke up to hear officers speaking with a man outside his home.

The next thing Goldston heard was gunfire.

"I was in bed. I wasn’t going to move because, where bullets fly, they don’t have a name, they just hit," Goldston said.

He counted five bullet holes in his house Friday morning, but it didn't appear that any of the bullets made it inside his home.

Goldston said knowing a man was walking outside his home with a rifle makes him feel unsafe, but overall he hasn't had many problems in the 32 years he's lived in the neighborhood.