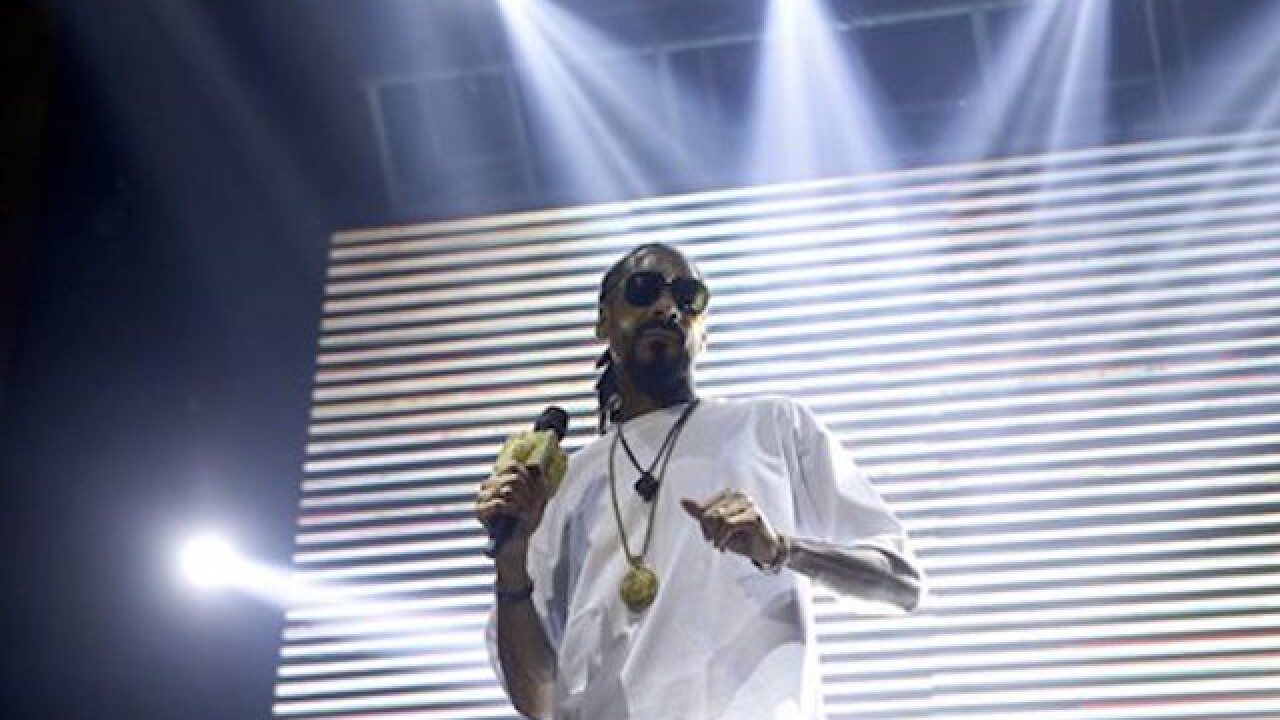 KANSAS CITY, Mo. — The University of Kansas asked Snoop Dogg to perform at the popular annual event, Late Night in the Phog, but were disappointed in the show.

Late Night in the Phog is a popular family event to kick off the university's basketball season, but the performance included thinly clad dancers, poles, expletives in songs and a money gun.

KU Director of Athletics Jeff Long issued a statement over the weekend apologizing to fans for the show.

“We apologize for the Snoop Dogg performance at Late Night,” Long said in the statement. “We made it clear to the entertainers’ managers that we expected a clean version of the show and took additional steps to communicate to our fans, including moving the artist to the final act of the evening, to ensure that no basketball activities would be missed if anyone did not want to stay for his show. I take full responsibility for not thoroughly vetting all the details of the performance and offer my personal apology to those who were offended. We strive to create a family atmosphere at Kansas and fell short of that this evening.”

Snoop Dogg responded to KU's apology by saying that they got what they asked for - they got Snoop Dogg.

According to TMZ, the rapper addressed the performance on the Howard Stern Show, claiming the audience enjoyed the show and that he was never asked to leave after the performance.

"That's a motherf------ lie," he told Stern. "I had the time of my life. I enjoyed myself, hung out with the basketball teams."

Snoop Dogg went on to say that he respects the school and that they didn't do anything wrong but understood that they had to cover up the publicity.

"And, when you pay for Snoop Dogg, you gon' get Snoop Dogg," he told Stern.