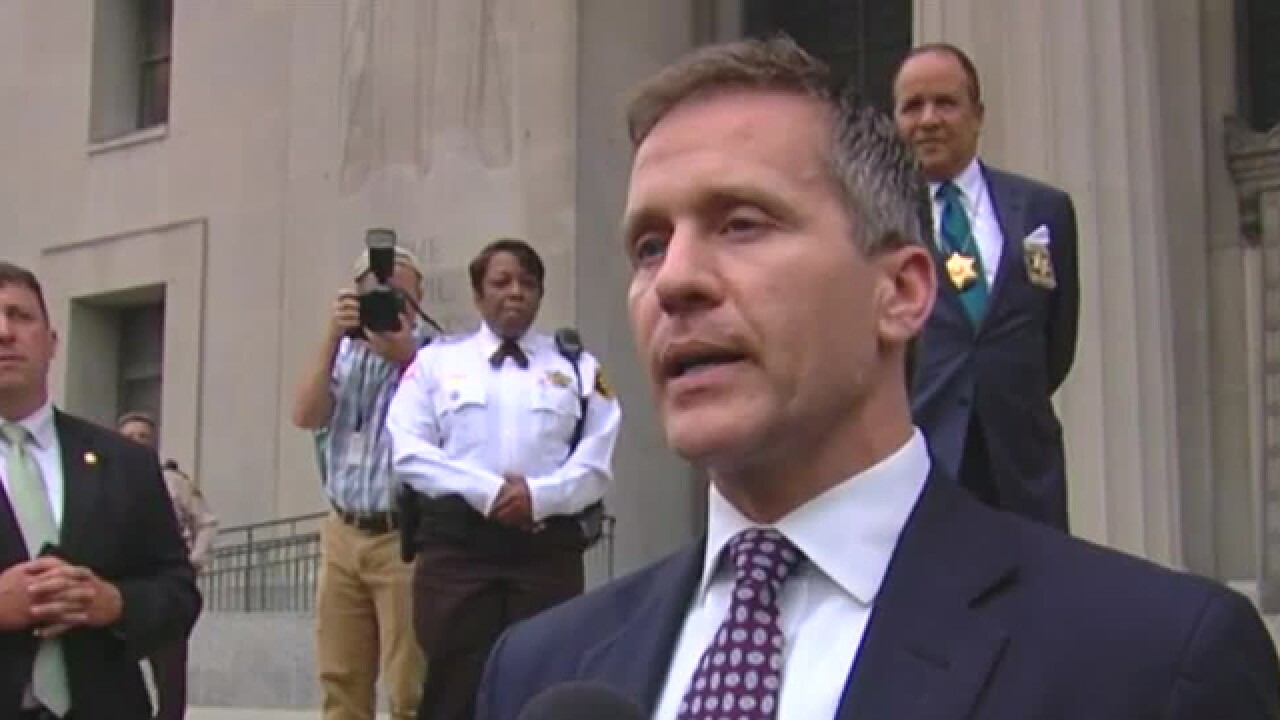 Republican Rep. Jay Barnes said in a statement that the committee he headed lost the authority to continue its investigation into numerous claims of personal and political misconduct levied against Greitens when the Republican resigned in the face of possible impeachment in June.

"However, the Missouri Ethics Commission has the power to investigate and act," Barnes said. "I remain hopeful the commission will take appropriate action to enforce Missouri's campaign finance laws against Eric Greitens and those with whom he conspired to evade reporting requirements and voter-enacted campaign finance limits."

Barnes in July filed an ethics complaint against Greitens' gubernatorial campaign and a nonprofit that promoted his agenda.

Among the allegations, the complaint said several of Greitens' campaign staff members established the nonprofit called A New Missouri specifically to skirt new donation limits while essentially functioning as an unofficial arm of Greitens' operation.

The nonprofit has faced criticism because it's able to accept unlimited campaign donations without disclosing its donors.

Catherine Hanaway, an attorney for the campaign and nonprofit, on Monday said she's "not surprised" that Barnes still wants the complaint to be heard months after he filed it.

The Missouri Ethics Commission can levy fines and, in certain cases, refer cases to prosecutors.

The final House committee report details months of work by lawmakers to investigate mounting claims against Greitens, including allegations that he slapped and shoved a woman with whom he had an extramarital affair and that he took a donor list without permission from a nonprofit he founded and used it for political fundraising. Greitens has repeatedly denied allegations of criminal misconduct.

A special prosecutor ultimately decided against taking up a felony invasion of privacy charge against Greitens related to claims that he allegedly took a photo of the woman he had an affair with while she was partially nude, then threatened to release it if she exposed their relationship. In exchange for his resignation, St. Louis prosecutors also dropped a felony charge of tampering with computer data that was related to the donor list.

Still pending are a lawsuit alleging Greitens' office violated the Sunshine Law by using a message-deleting app called Confide and an appeal of a dismissed lawsuit claiming A New Missouri should have to turn over its financial records.