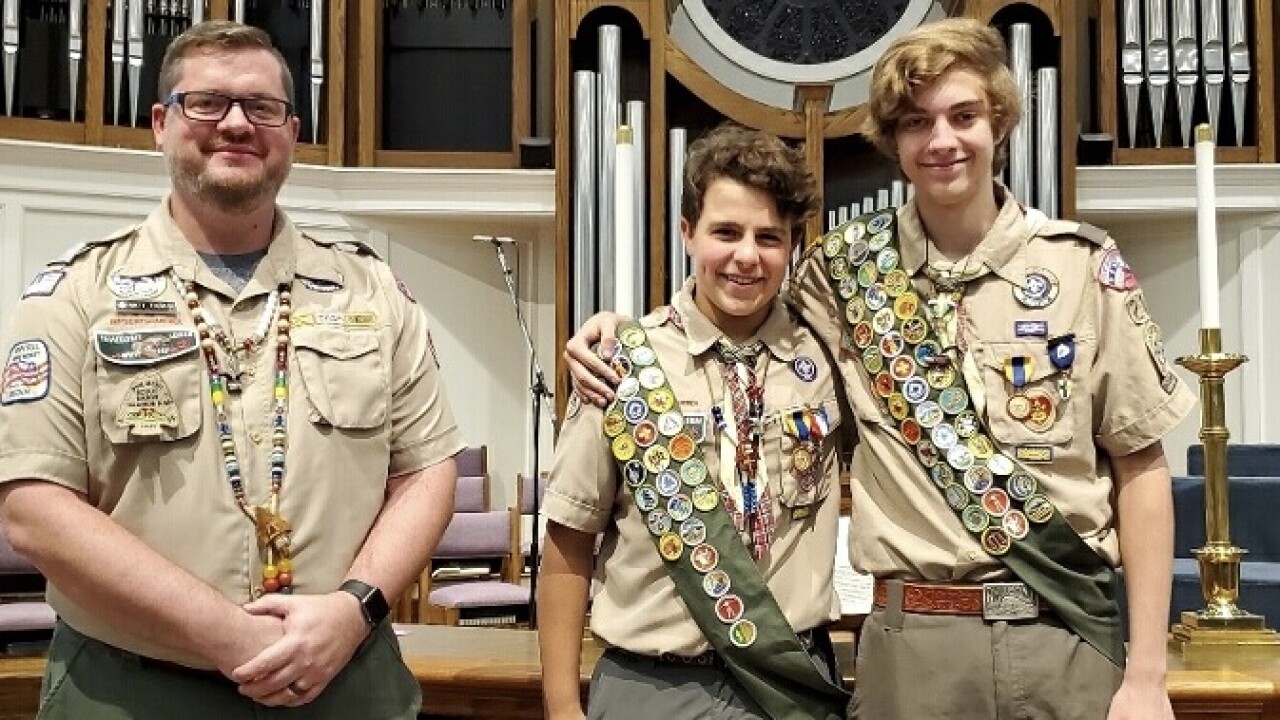 Alexander Buck and Nathan Whitaker are honored with The Boy Scouts of America&#39;s Medal of Merit

LEAWOOD, Kan. — The quick-thinking of two Leawood teenagers earned them one of the Boy Scouts of America’s rarest awards — the Medal of Merit.

During a weekend campout in April 2018, 15-year-old Alexander Buck and 16-year-old Nathan Whitaker helped a younger scout who became stranded while boating on a lake make it safely to shore.

The younger scout had ventured out on the lake alone before he became stranded.

“When I saw the Scout in the lake, I didn’t even think, I just acted,” Buck told 41 Action News.

Buck alerted Whitaker and together they coaxed the youngster back to shore before a dangerous situation escalated.

The Medal of Merit is awarded to Scouts who perform an act of service of rare or exceptional character that reflects an uncommon degree of concern for the well-being of others.

Only 100 Scouts receive the award each year.

“We were so surprised to receive the award," Buck said. "It was unexpected. We just did what was right to help another kid.

The teens were recognized in September at Leawood United Methodist Church.