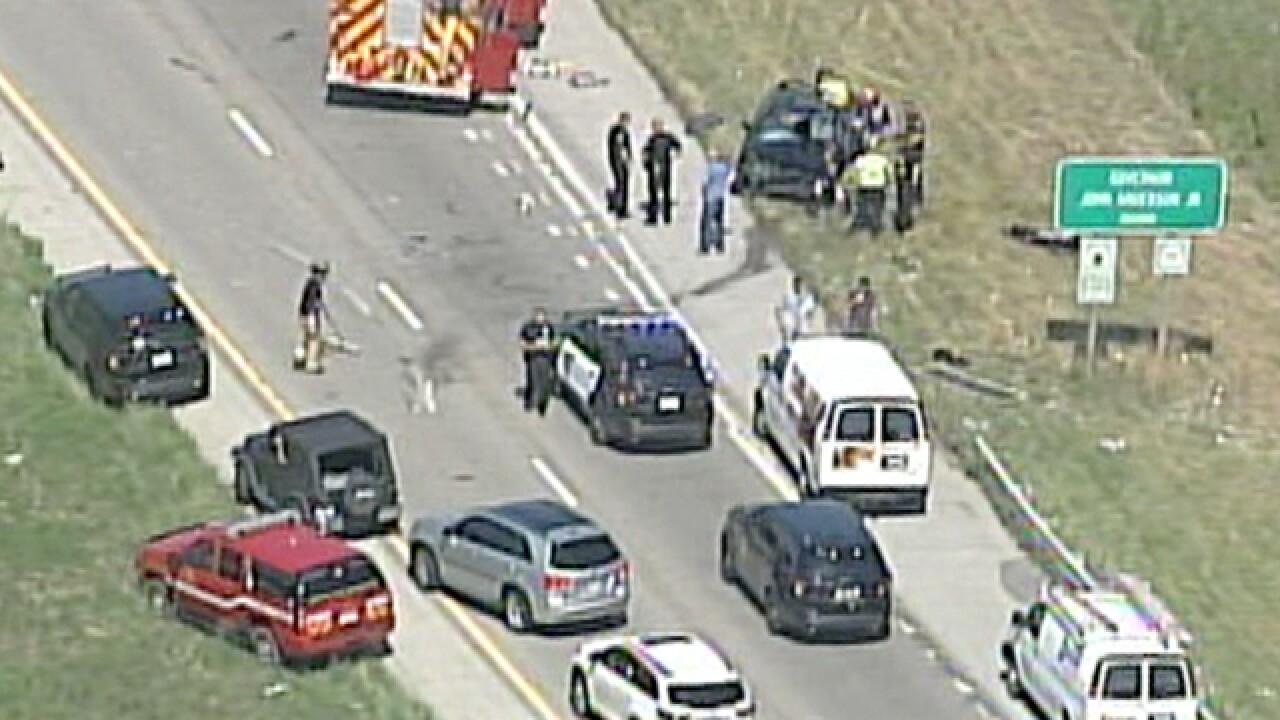 A Honda Civic driven by Landon Daniel, 18, was traveling in the left lane shortly before 10 a.m. when traffic came to a sudden stop in front of him.

Daniel was taken to Overland Park Regional Medical Center, where he died from injuries suffered in the crash.

Collins was taken to Shawnee Mission Medical Center, where he was treated and released.

The driver of the third car was not injured.