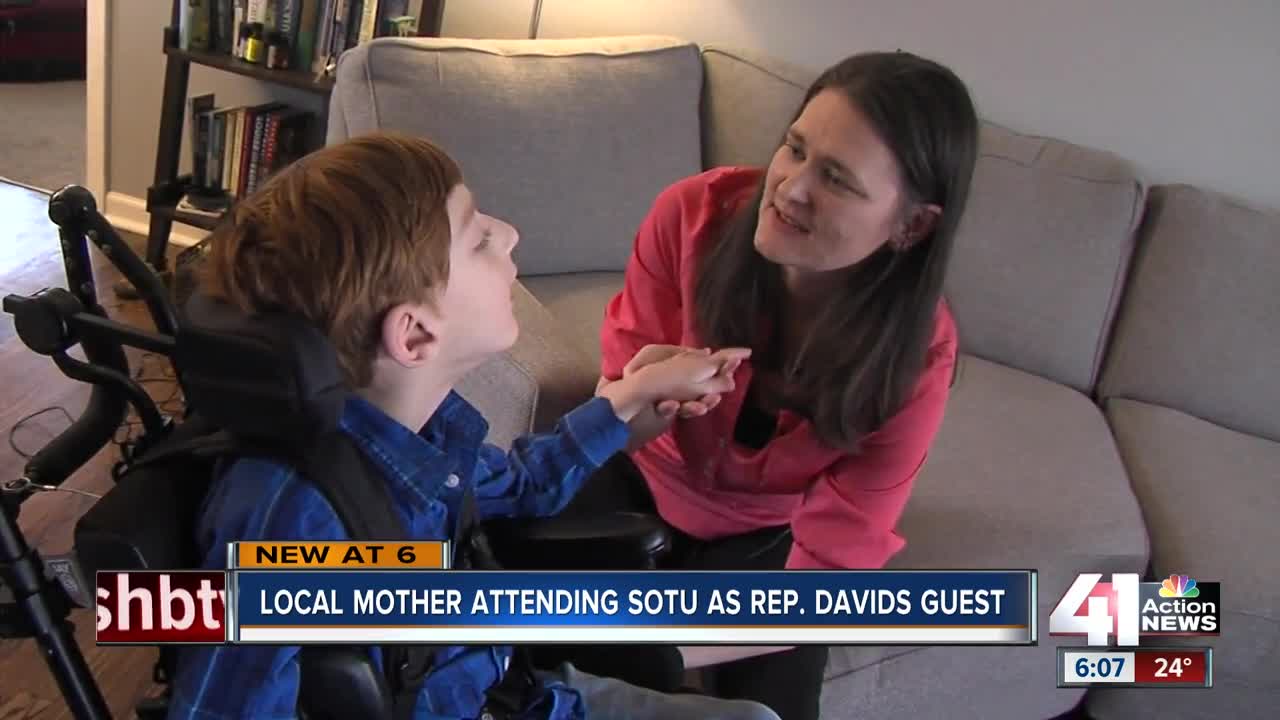 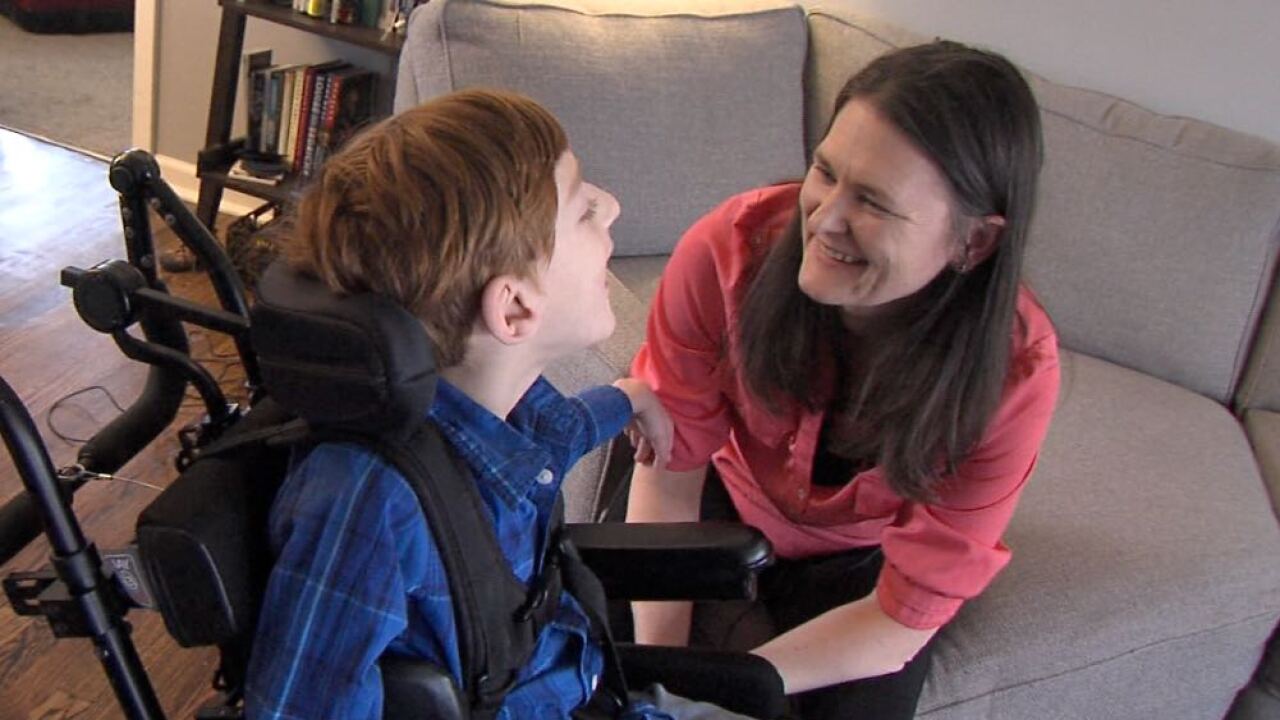 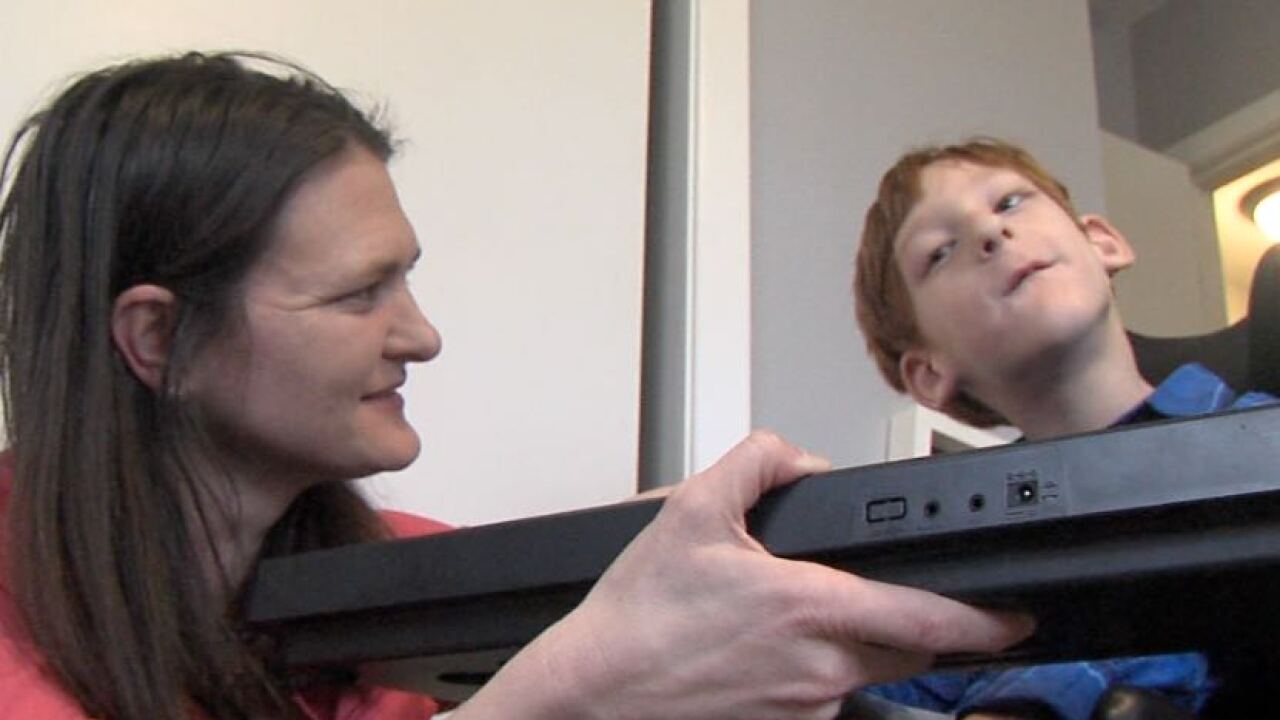 PRAIRIE VILLAGE, Kan. — A Prairie Village mother whose 7-year-old son has both cerebral palsy and epilepsy will be attending this year’s State of the Union address in Washington, D.C. as a special guest of Rep. Sharice Davids (D-Kansas).

After taking care of her son, Danny, Laura Robeson has become a strong supporter of expanding medical coverage.

For Robeson and her husband, looking after Danny and overseeing his health and treatment has required careful planning and monitoring.

“It’s just something that’s a part of our life every day,” she told 41 Action News. “There is a lot of anxiety, concern and worry about his health because it can be tenuous.”

As he gets older, she has become increasingly worried about future possible cuts to the Affordable Care Act and changes to pre-existing condition rules.

“If the ACA protections weren’t in place and we were to change jobs or lose a job, that would have a significant impact on our lives,” she said. “We would certainly have to make choices about what care he gets. Do we get prescriptions or do we do therapy this month?”

After calling for more support for expanding medical coverage, Robeson got the attention of Rep. Sharice Davids and received an invitation to this year’s State of the Union address.

“I was just absolutely thrilled,” she said. “Obviously, it’s a tremendous honor.”

Ahead of the speech on Tuesday, Robeson told 41 Action News that she hoped to hear President Donald Trump offer relief to families like her own.

“I want to hear about more about not only bolstering the healthcare protections that we have in place now but moving forward, what are we going to do to improve upon it?” she said.

With the family set to leave for the trip, Robeson said she was looking forward to the experience of seeing the State of the Union in person and being able to meet with other leaders.

“I am going to actually have the opportunity to go speak with members of Congress,” she said. “I hope I can represent well the needs of everyday Americans.”

Moving forward, Robeson said she would always remain at Danny’s side as she hopes for expanded medical coverage across the country.

“I feel lucky every day that I’m Danny’s mom,” she said. “I wouldn’t change anything about Danny for the world.”

The 2019 State of the Union address will be shown live on 41 Action News on Tuesday.

The speech from President Trump is expected to begin around 8 p.m.