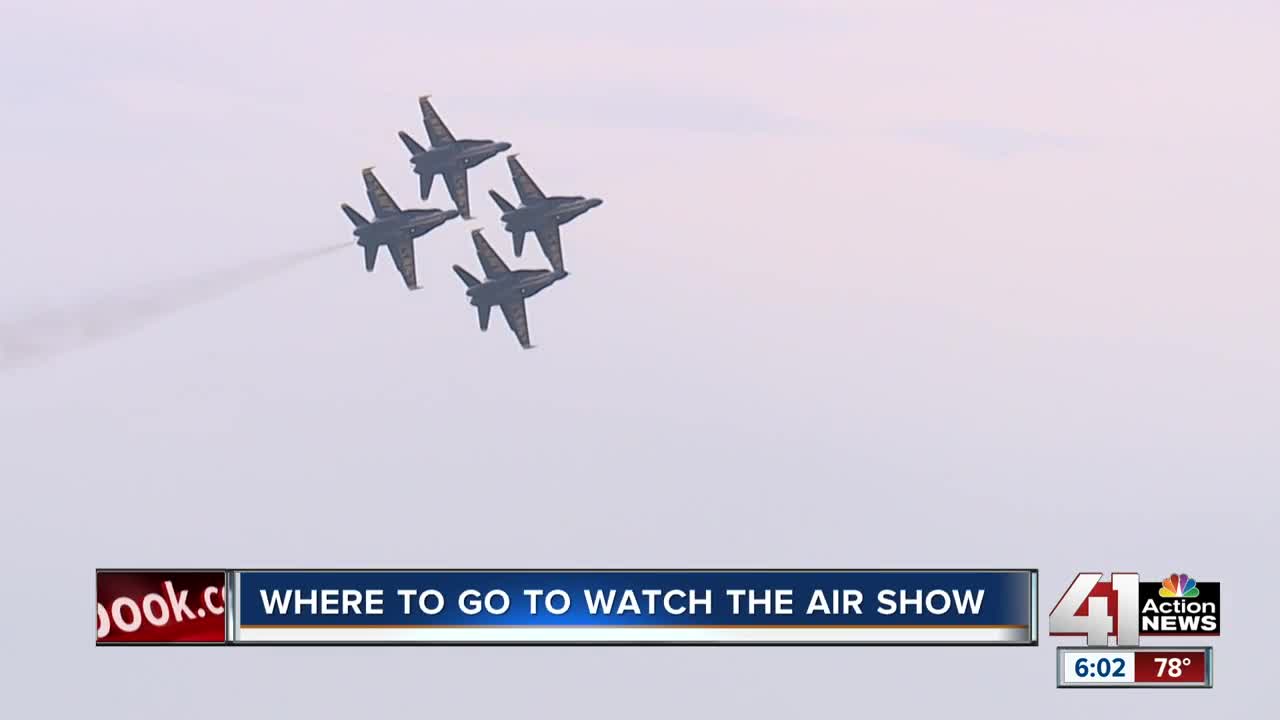 The Blue Angels will headline this weekend’s Kansas City Air Show at the Charles B. Wheeler Downtown Airport in Kansas City, Missouri. 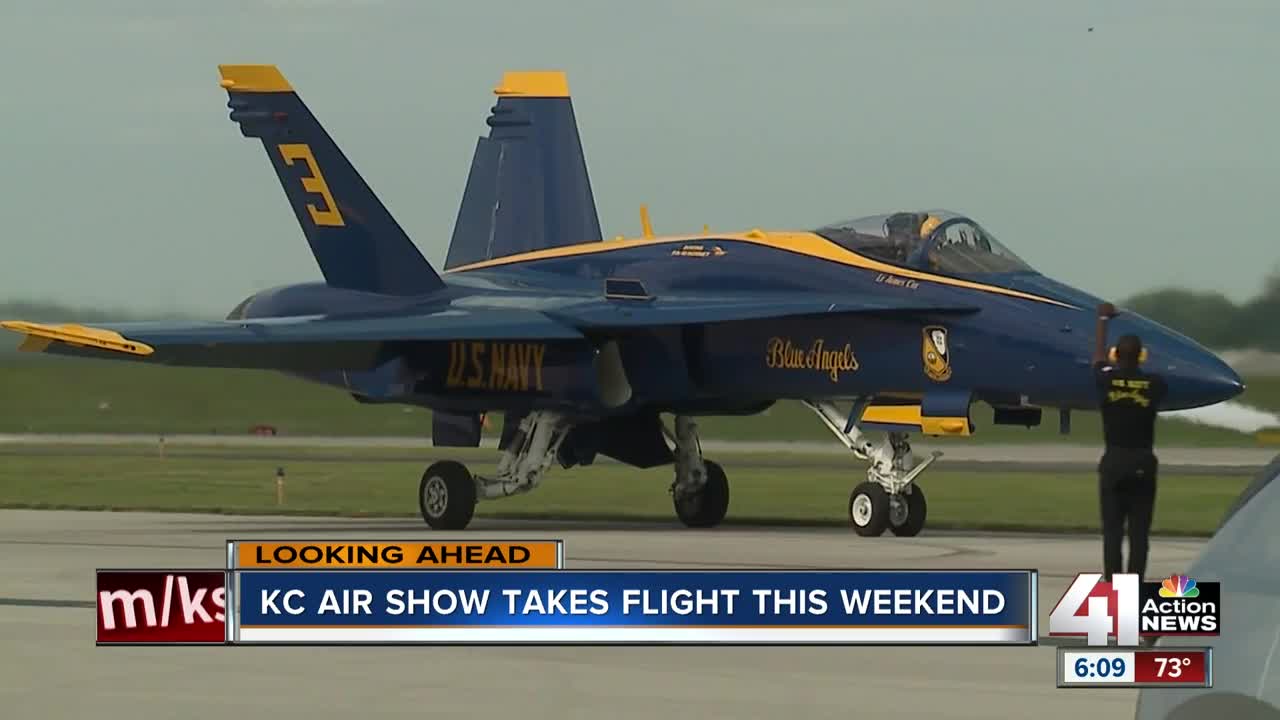 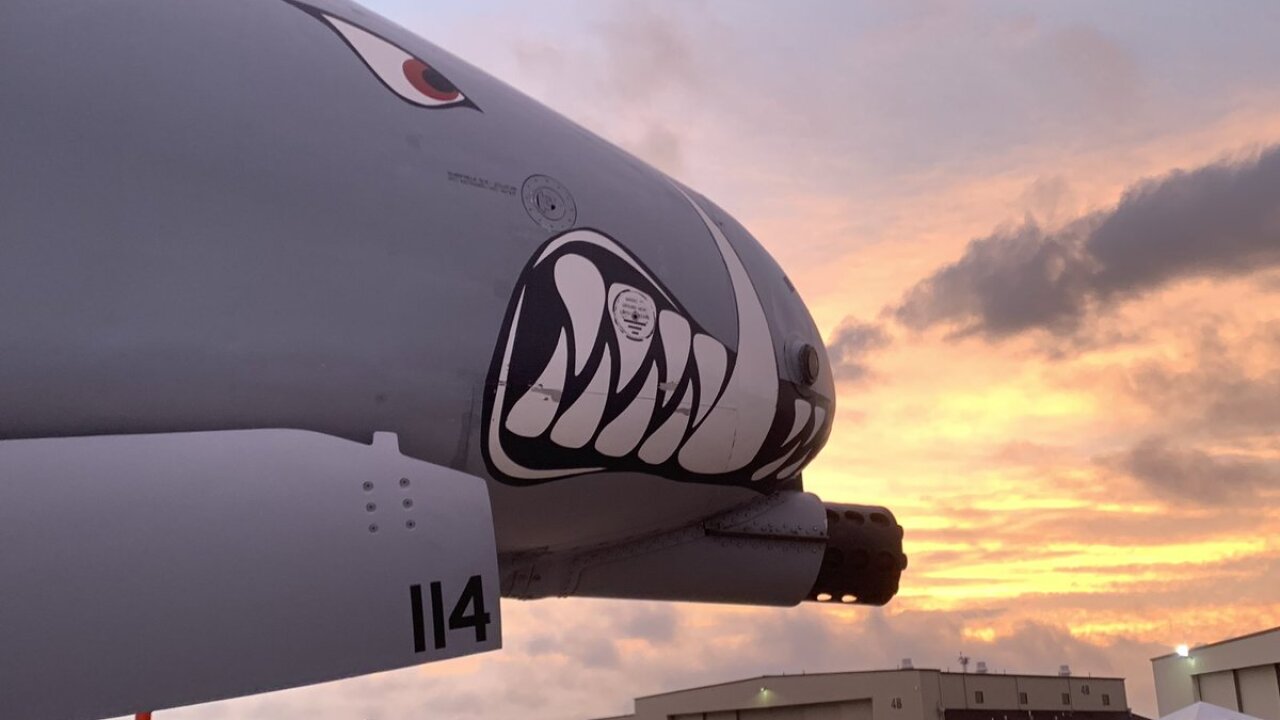 The U.S. Navy flight team is one of 18 performances scheduled for each day of the two-day event. Spectators can get up closer and personal with a wide variety of aircraft on display, exhibits and virtual reality experiences on the airfield.

After a four year hiatus, the excitement surrounding the Air Show brought dozens of people to Case Park Friday to catch some of the practice action.

John Miller and his family will be out of town during the Air Show. He said they knew of the spot's great view of the downtown airport, and went to find out what they could see.

“I know we won’t make it tomorrow unfortunately and this is one of the nice parts about being able to see this today, but anybody who wants to or is interested, I would encourage them because this is awesome to watch this," John Miller said.

Here’s a list of all you need to know to enjoy the air show.

Schedule
The gates open at 9 a.m. and close at approximately 5 p.m. both Saturday, July 6, and Sunday, July 7. Aerial performances begin at 10:30 a.m. both days. The air show does not release a detailed order of what time each performer will fly because it is too subject to change the day of the performance.

Parking
You are not allowed to park at the Charles B. Wheeler Downtown Airport. In fact, the Buck O’Neil Bridge will be closed during the air show. Parking is available for free at two locations in the West Bottoms and two locations near city hall. Eighty air-conditioned buses will shuttle spectators to the airport.

Tickets
The price of tickets ranges from $8.50 to $150. A limited number of tickets will be available for purchase at the gates the day of the air show. Organizers recommend you purchase a ticket online in advance. Active duty military with a government-issued ID will receive free admission at the gate. For information on prices and how to make your purchase, click here.

What's allowed inside the event
The KC Air Show will follow a clear bag policy, similar to NFL games. Bags are subject to search. You can bring sealed bottles of water and refill them at hydration stations inside the gates. Strollers, wheelchairs, and lawn chairs are permissible. The air show prohibits drones, coolers, lasers, and weapons.