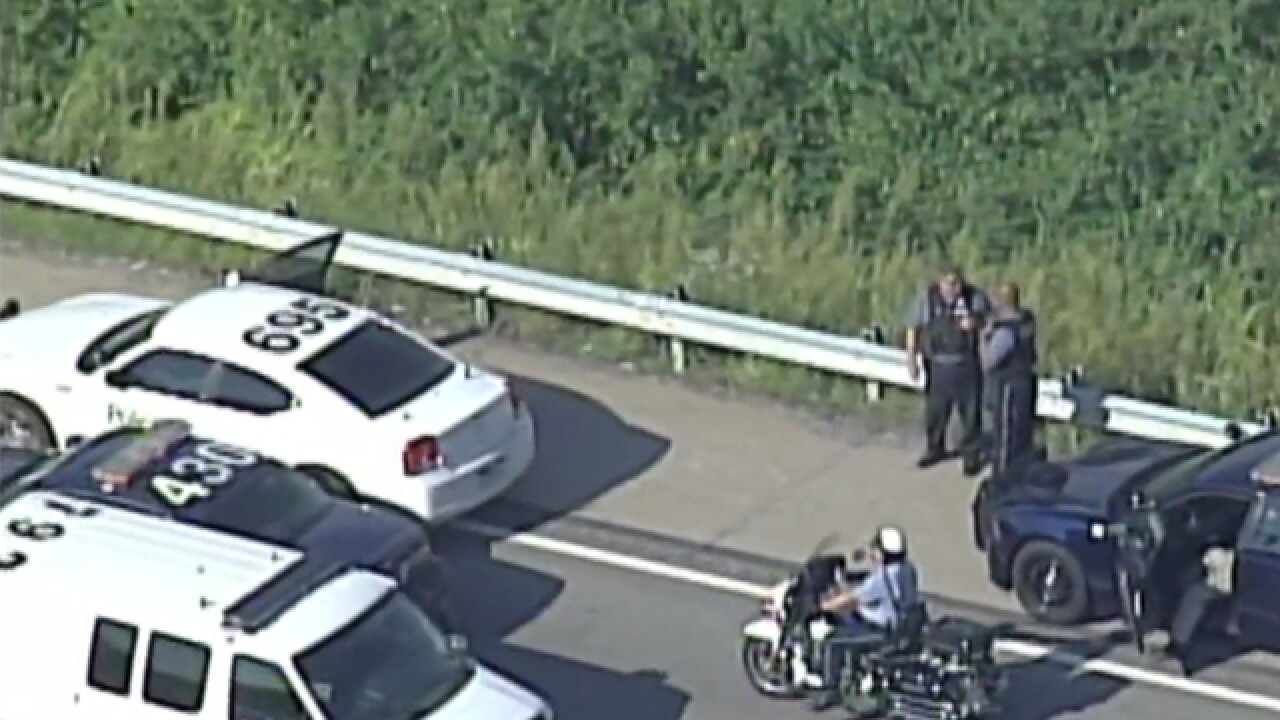 Copyright 2018 Scripps Media, Inc. All rights reserved. This material may not be published, broadcast, rewritten, or redistributed.
Skytracker

KANSAS CITY, Mo. — A man is in custody after police said he led them on a chase across the state line in a stolen patrol car.

KCPD said officers were sent to I-70 and Beardsley on a report of a suspicious person walking in the road.

An officer made contact with the man and was trying to determine if he needed assistance when the man jumped into the officer’s patrol car and fled the scene.

KCPD said officers quickly moved in and followed the vehicle as it continued into Kansas City, Kansas.

After about a 15-minute chase, the suspect drove the patrol vehicle into a construction zone on a portion of 69 Hwy, or the 18th Street Expressway, stopped the car and ran.

Officers were able to take him into custody a short distance from that scene without incident.

Police said there were no crashes during the pursuit, and no injuries to citizens or officers were reported.

KCPD said KCK police, the Wyandotte County Sheriff’s Department and the Kansas Highway Patrol assisted them in the chase.