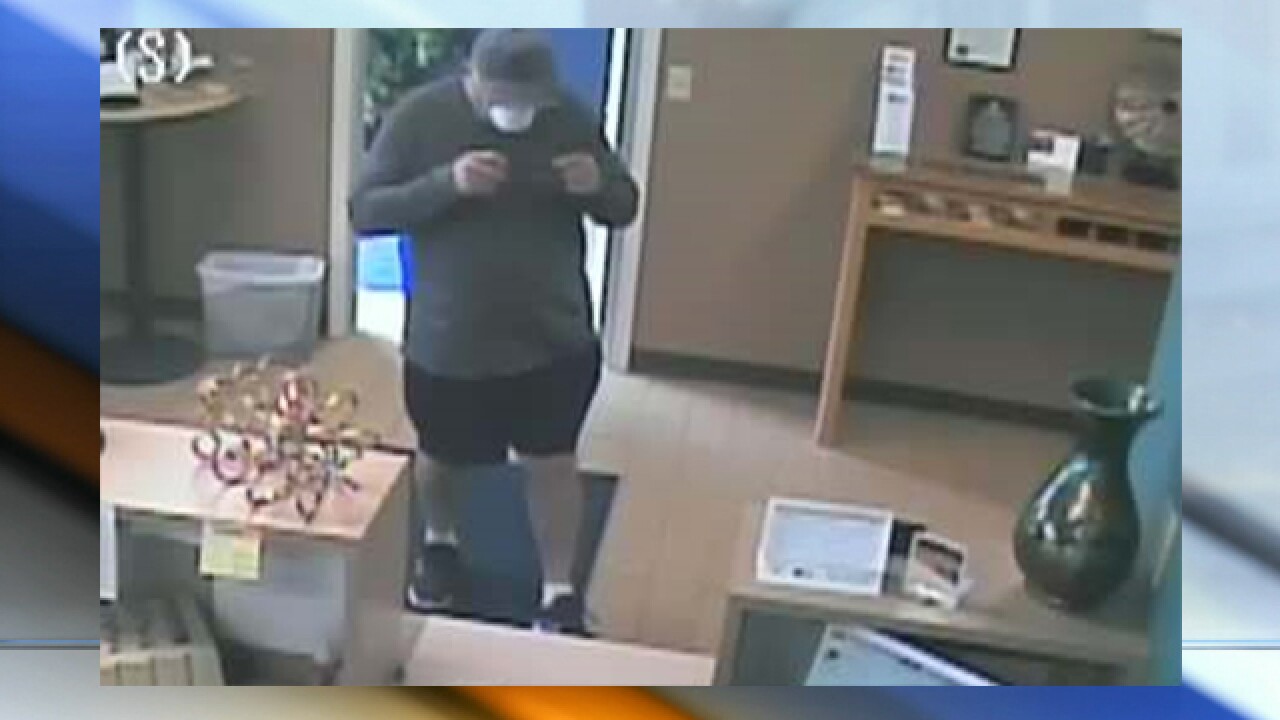 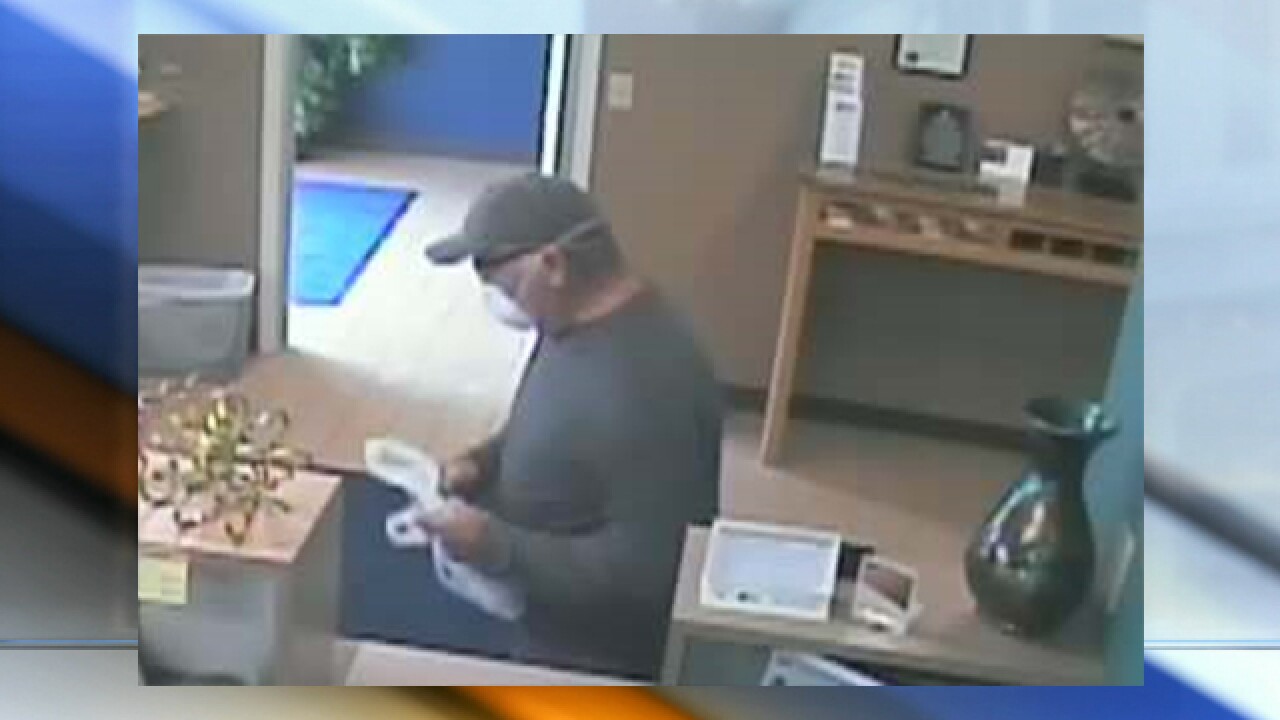 KANSAS CITY, Mo. – A man wearing a dust mask is on the run after robbing Adrian bank late Tuesday morning.

A release from the FBI says the man robbed Adrian Bank in the 300 block of SW Outer Road in Archie around 11:20 a.m.

The suspect allegedly entered the bank and demanded money. He made no reference to being armed.

The suspect fled on foot with an unknown amount of money.

Police describe the man as between 50-60 years old, about six-feet tall, weighing between 200 and 225 pounds, wearing black-framed glasses, a baseball cap and the facial mask.

Anyone with information about the suspect should call 9-1-1.