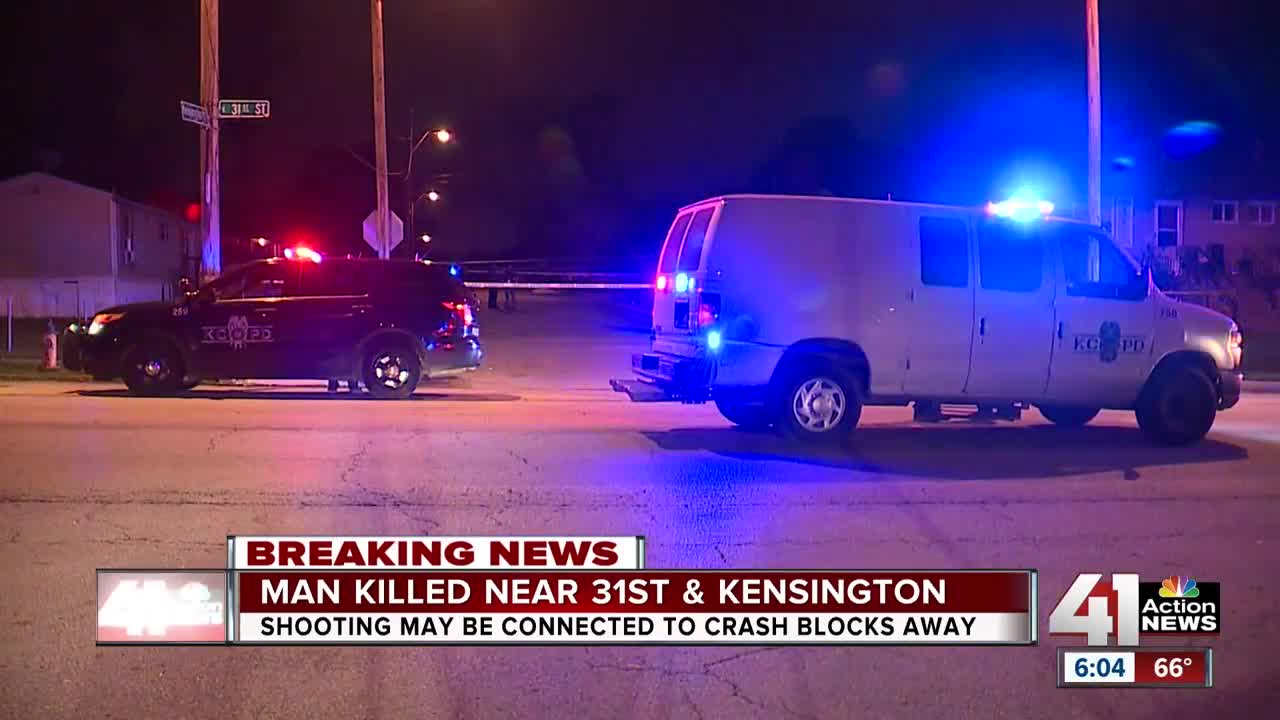 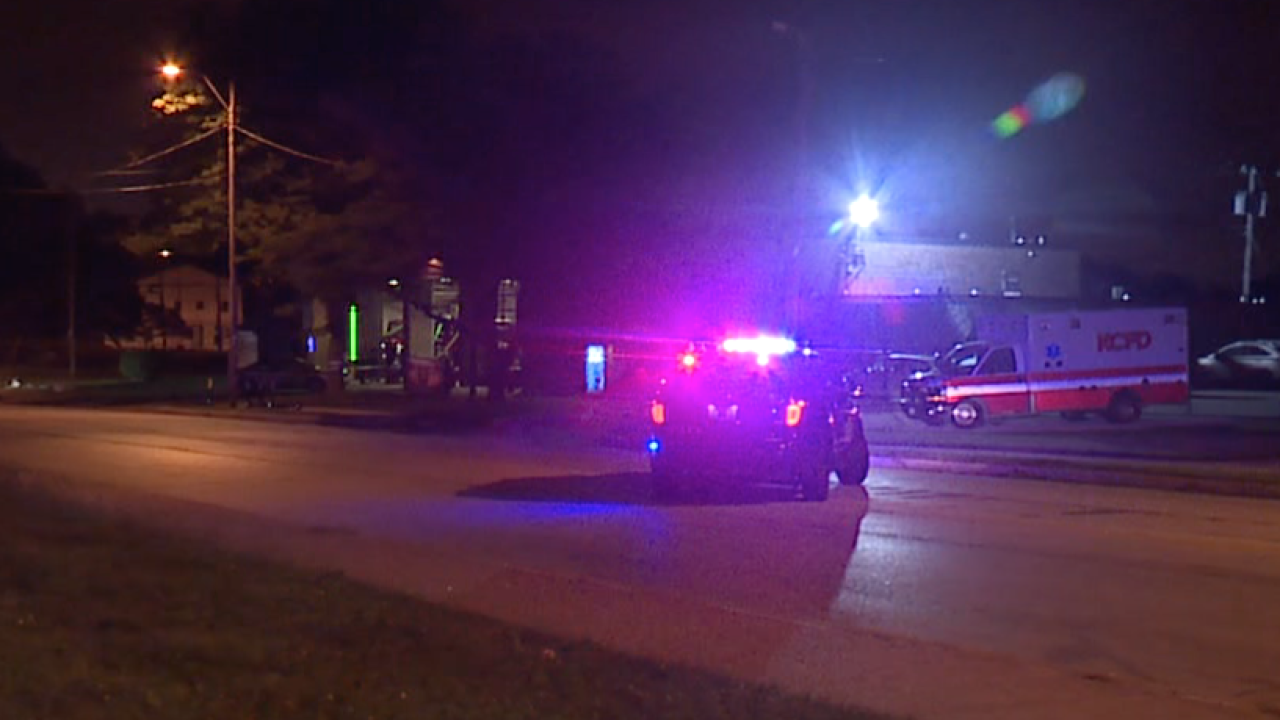 KANSAS CITY, Mo. — One man was killed and another was critically injured in shootings believed to be related early Monday morning in east Kansas City, Missouri, police said.

Shortly after 2:30 a.m., police responded to the 3100 block of Kensington Avenue and found a man shot in front of a residence. He was pronounced dead at the scene, police spokesman Sgt. Jake Becchina said.

At the same time officers were responding to the shooting, police were told that a vehicle had crashed in front of a Kansas City Fire Department station at East 31st Street and Indiana Avenue, about 10 blocks away.

A man was found shot inside the vehicle, Becchina said. He was transported to an area hospital, where he was listed as critical, but stable.

Becchina said police do not know how the two incidents are related but believe the man found in the vehicle may have been shot on Kensington Avenue.

"The timing of it and based on some preliminary witness accounts from what they told us here at the original shooting scene where the deceased male is, we believe the two are related," Becchina said.

Police had no suspect information in the shootings, which marked the fifth homicide in the city in about 25 hours.

"All of the cases are open investigations at this point of time," Becchina said. "In each one of these, we need the public’s help alongside of our great detectives and investigators to solve these cases and bring them to a close and bring justice to the families involved."