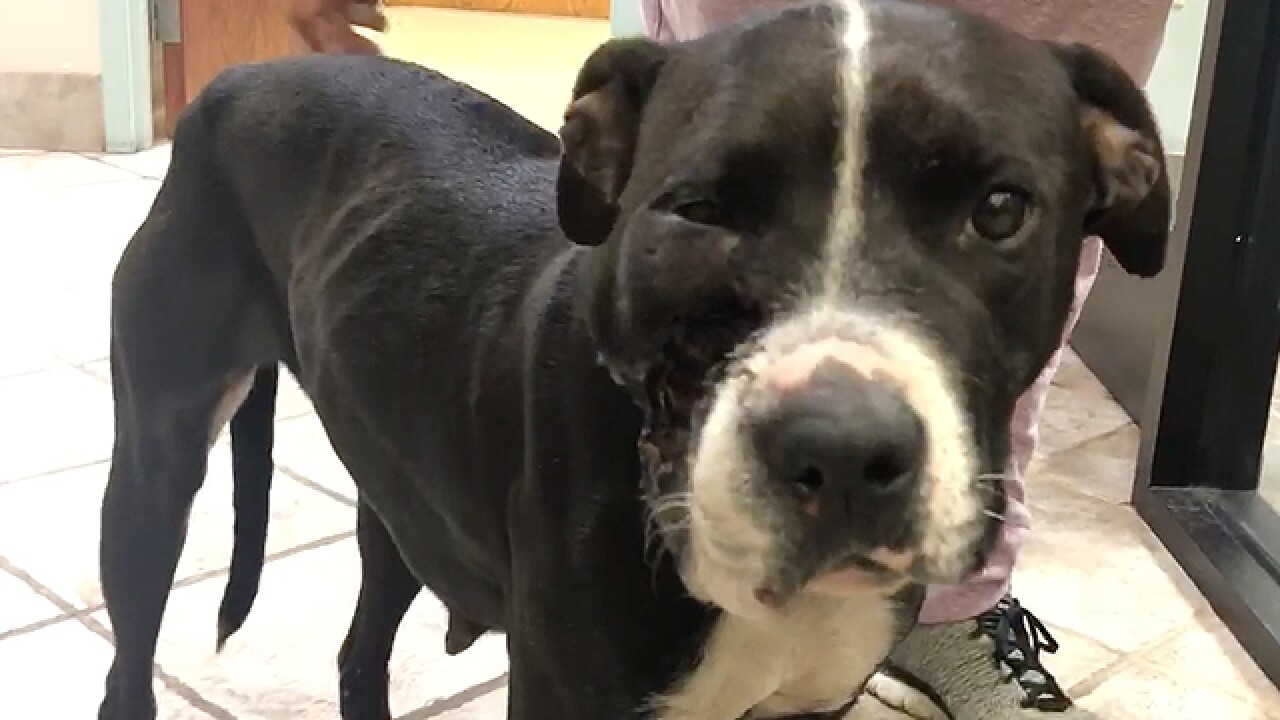 KANSAS CITY, Mo. – A mid-Missouri man is facing animal abuse charges for shooting a dog in the face with a shotgun and leaving it to die on the side of a road.

In court documents filed in support of the charges, Saline County Sheriff’s deputies were notified of a dog that had suffered a gunshot wound to the face by a Kansas City-area veterinary hospital that took the dog in to help treat the injuries.

As part of their investigation, deputies learned that a Facebook photo posted to generate help for the dog also tipped off the dog’s original owner.

That owner told police he had sold the dog to Mobley on Oct. 9.

Investigators contacted Mobley, who originally told them he had also sold the dog to another person after finding out the dog “played too hard” with his puppy.

However, in a second statement to investigators, Mobley said the dog was attacking his other dog and “was showing early signs of rabies.”

He continued that he didn’t “have no time for the vet that morning,” so he drove down a road and shot the dog and left it along the side the road.

The dog was taken to Blue Pearl Veterinary Center in Overland Park, where vets have been helping the dog recover.

Prosecutors have requested a $7,500 bond. As part of his bond conditions, Mobley is prohibited from owning a pet or living in a house with pets.