Man watches tow truck driver take off with his car, says he was told it was safe to park 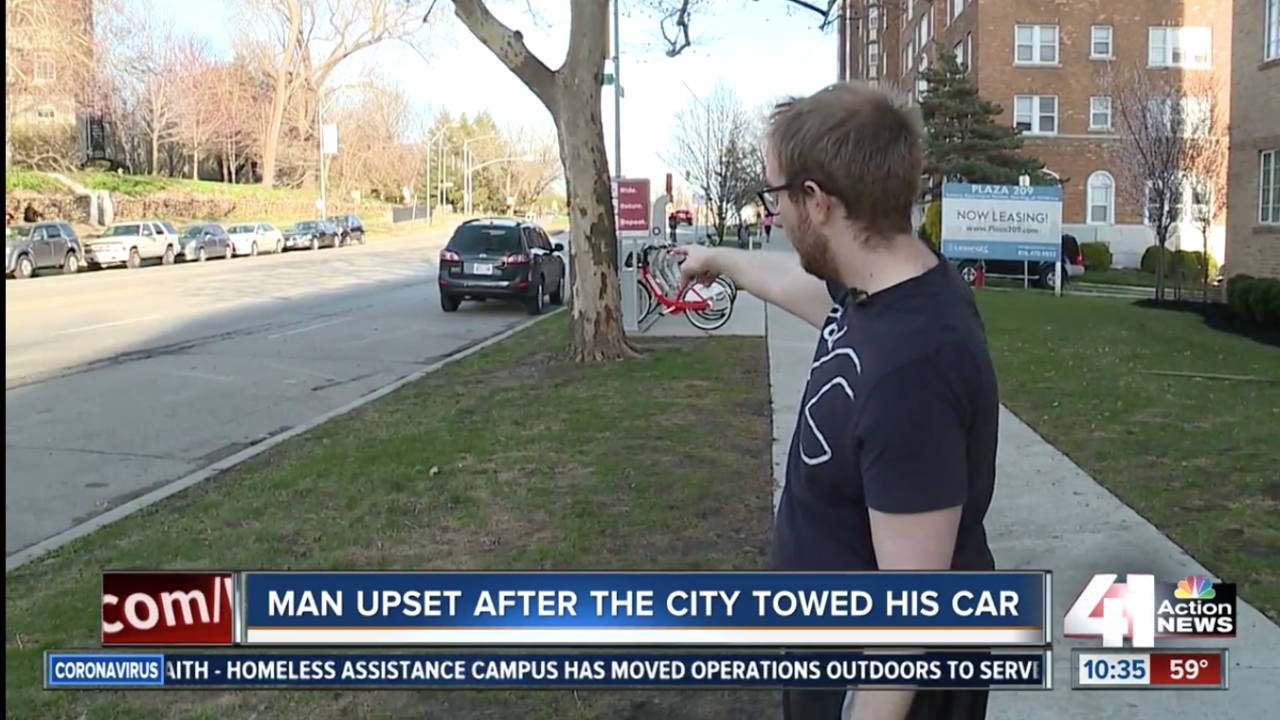 KANSAS CITY, Mo. — One Kansas City, Missouri, man was left confused after he watched a tow truck driver take off with his vehicle in the spot he normally parks.

He normally parks in a spot in front of his apartment complex after getting home from work. The spot does have a restricted "No Parking" rule between the hours of 4 and 6 p.m Monday through Friday.

Daniels told 41 Action News he reached out to the city to clarify if he would be allowed to leave his vehicle in that spot, after learning of Kansas City Mayor Quinton Lucas' emergency order to stay at home.

"I called and said, 'Is this OK? Is this OK? Is this OK?' and he said sure every time," Daniels said. "I am trying to sit in my house like I'm being told to do by the city, and then I have to run out and try to retrieve my car that I don't think has to be towed during this time period."

Daniels told 41 Action News no vehicles were towed on Tuesday, and he thought he was in the clear until the emergency order was lifted.

41 Action News reached out to Kansas City leaders and the Kansas City Police Department for clarification on the parking rules. Both referenced what is on the City of Kansas City's website concerning parking.

Parking enforcement will focus on safety-related violations including blockage of fire hydrants, intersections, driveways and handicapped parking spaces. This means no tickets will be written in time zoned or metered spaces during the emergency declaration status.