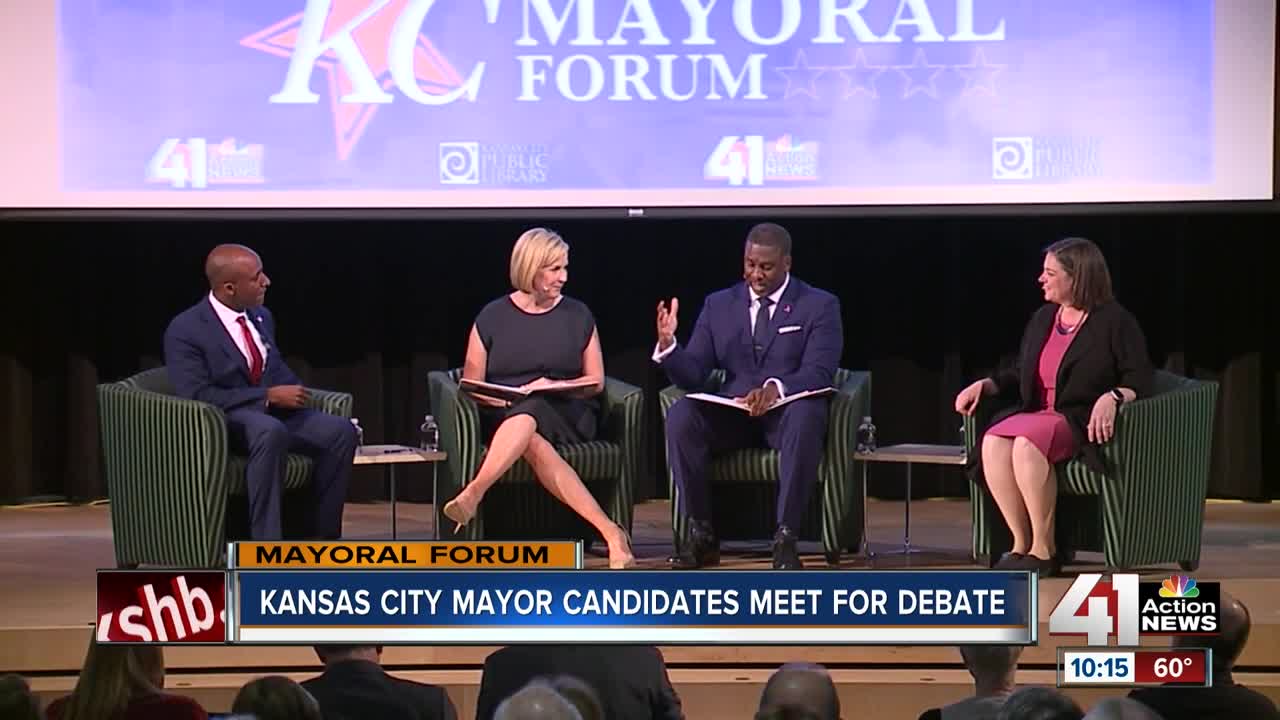 The two candidates vying to be the next mayor of Kansas City, Missouri, took to the stage Wednesday night for the final public forum before voters head to the polls and elect a new mayor next Tuesday. 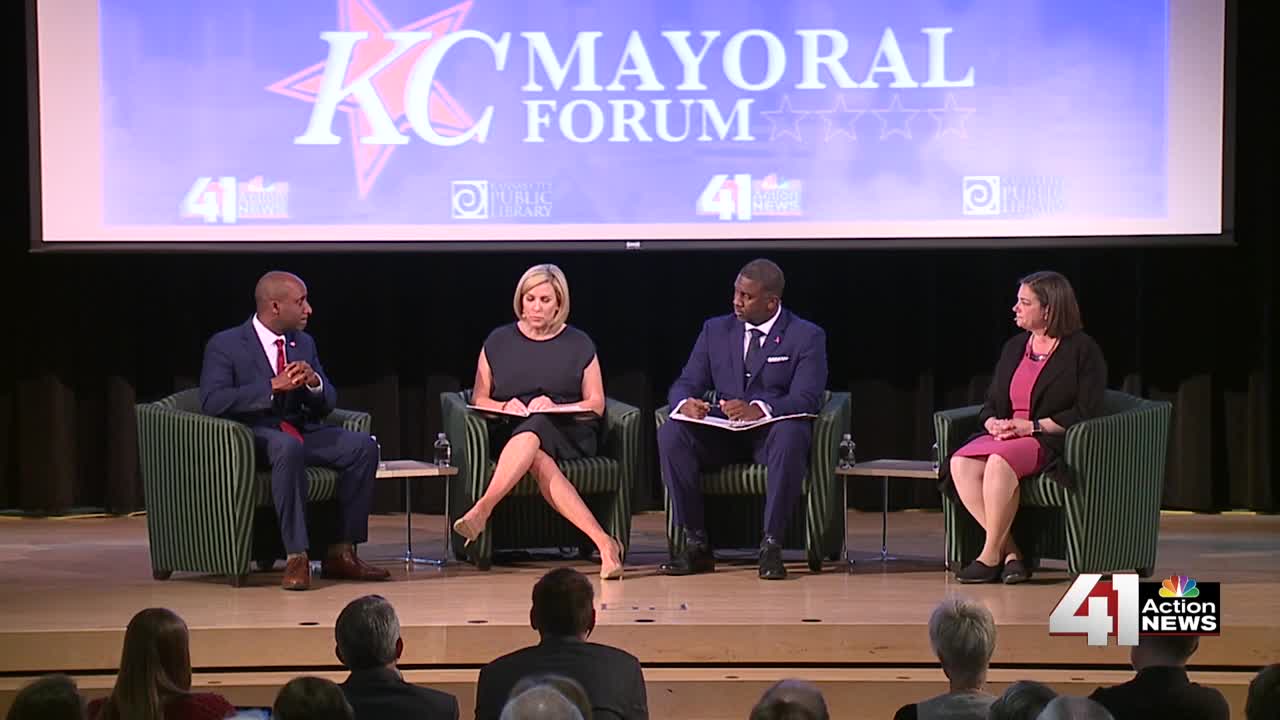 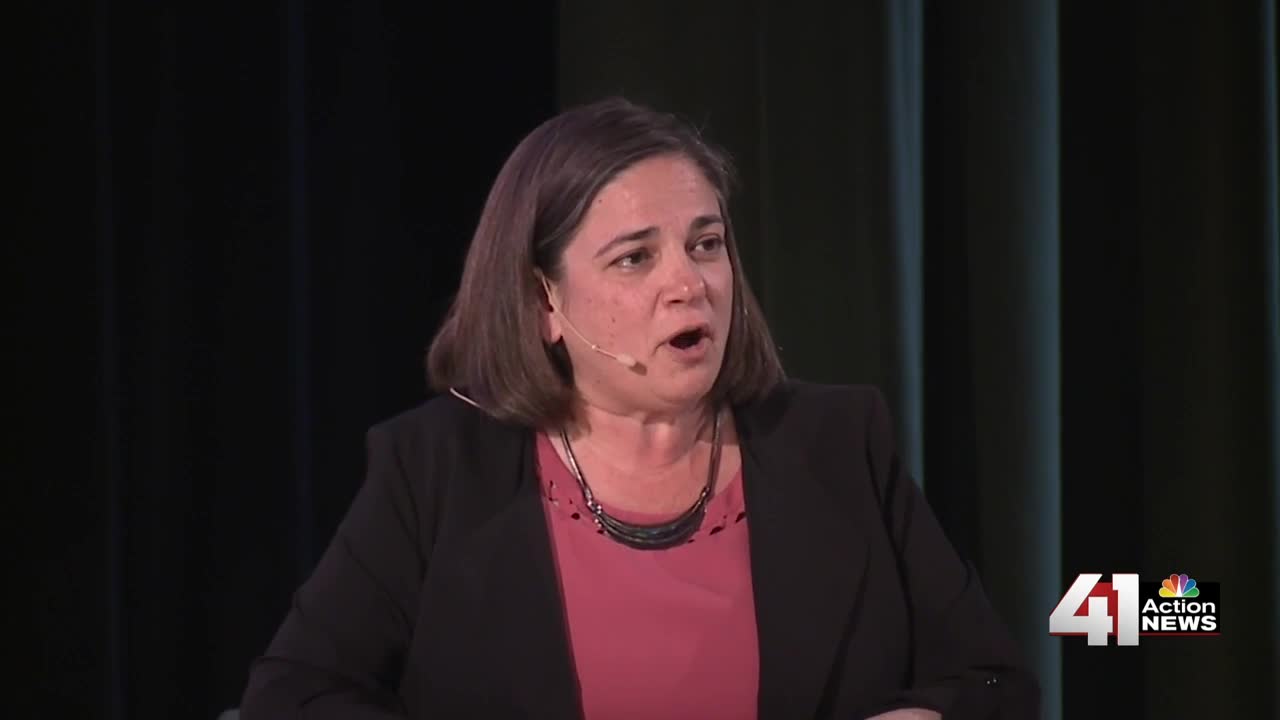 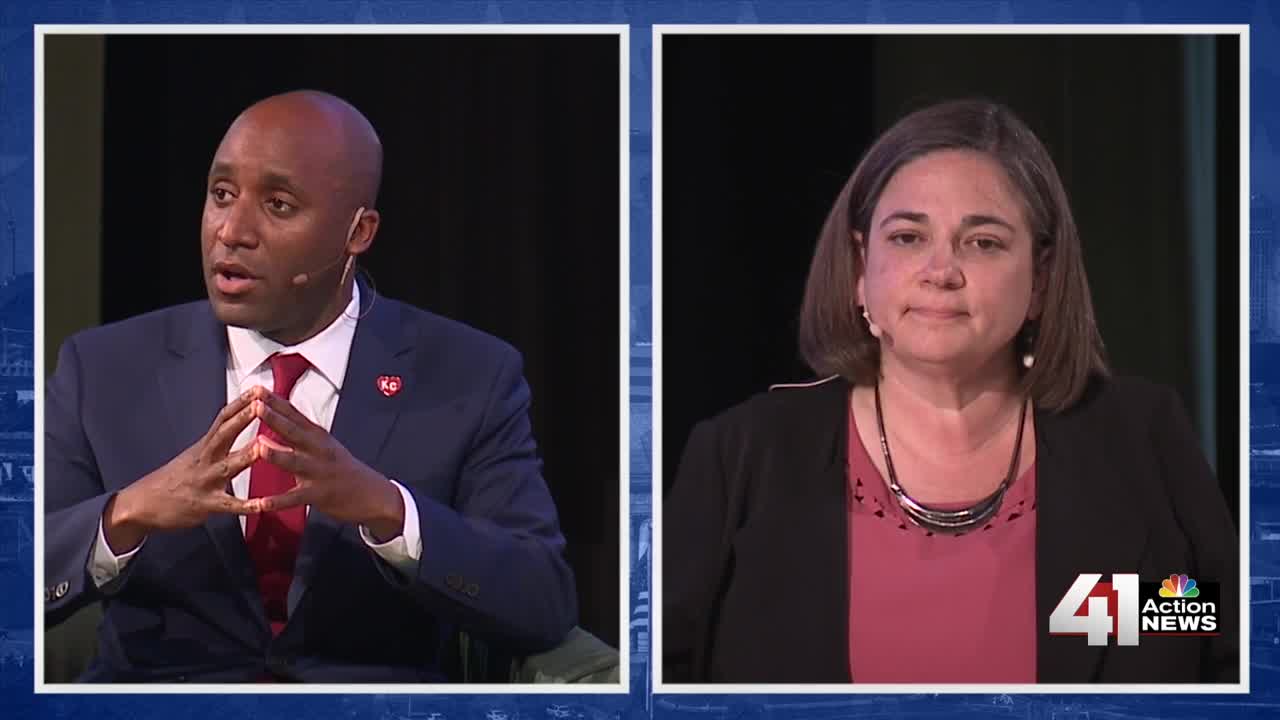 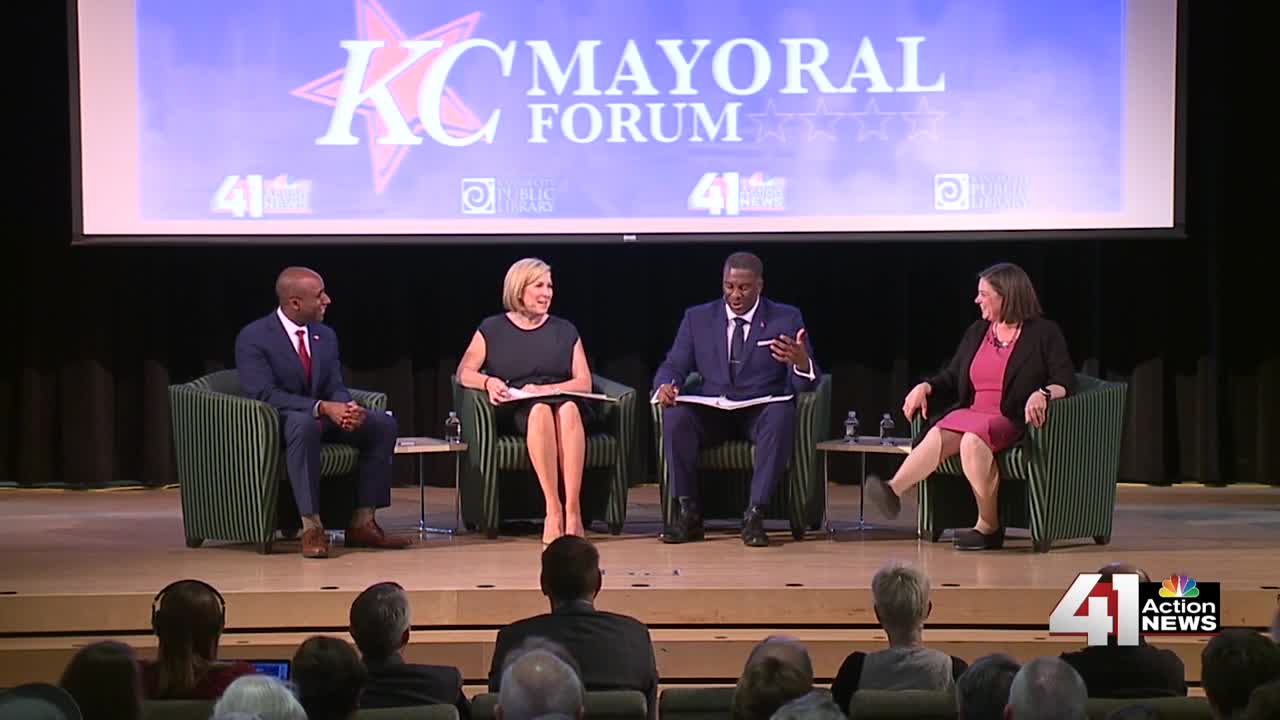 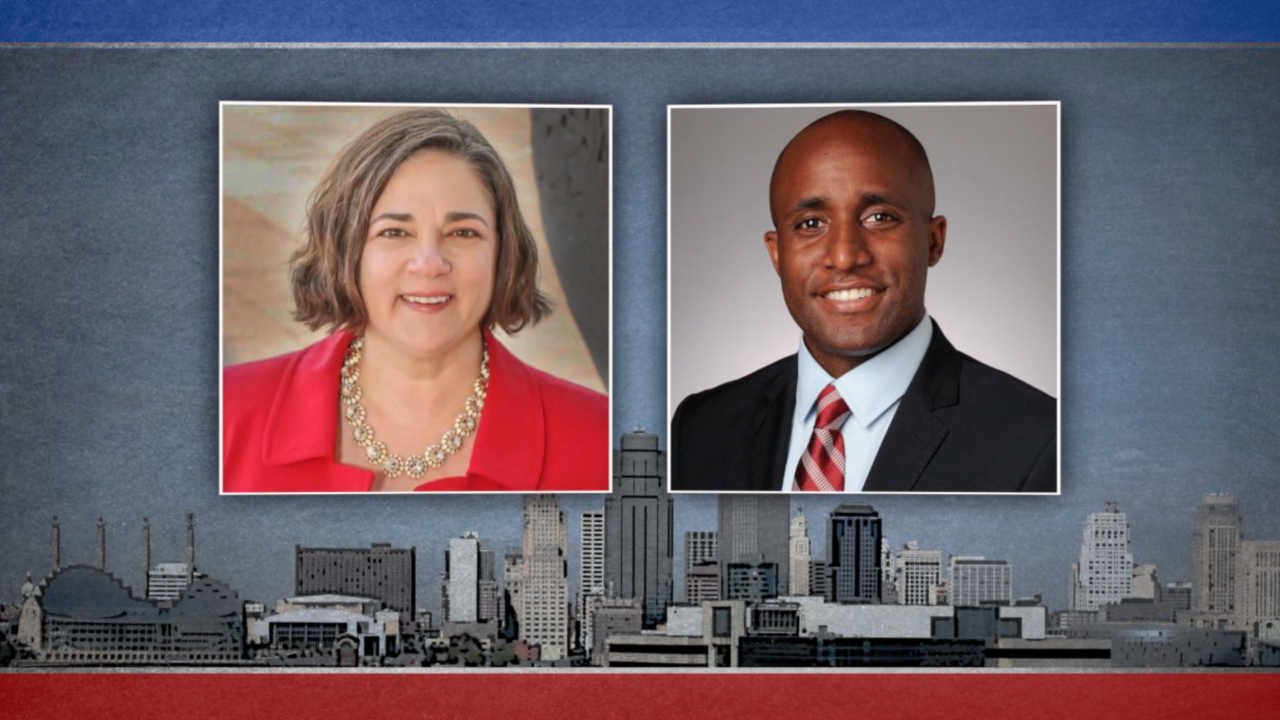 KANSAS CITY, Mo. — The two candidates, Jolie Justus and Quinton Lucas, vying to be the next mayor of Kansas City, Missouri, took to the stage Wednesday night for one last public forum.

Lucas and Justus, who are both currently on the KCMO City Council, joined 41 Action News at the Plaza Branch of the Kansas City Public Library to answer questions and discuss their ideas for the future of the city.

The forum began with the candidates laying out what they promise to accomplish in their first year in office, if elected.

Justus promised to "bring City Hall to the neighborhoods." She stressed holding meetings in each district so that the people can truly have a say in what is going on.

Lucas promised to address public safety and help get Kansas City off of the top 10 most dangerous cities list. He said community policing would be central to his plan as well as hiring more detectives to clear homicides and addressing mental health within criminal justice.

Additional topics of the forum ranged from development and infrastructure to affordable housing and crime.

"We need the Department of Public Works to do its job," Lucas said on the topic of infrastructure. "It's not just getting it done; it's getting it done right.

Justus said she would focus on transit among her infrastructure concerns.

"What I'll be doing is making sure we get real transit options no matter where we live in the city," she said.

A topic that piqued audience interest was how candidates would revive the city's east side and address the so-called "Troost Dividing Line," which denotes Troost Avenue as an unofficial racial and socioeconomic boundary.

Lucas talked about growing up on KC's east side and how his upbringing has affected his outlook. He touted affordable housing as a key to turning things around.

Justus discussed a "focused approach," going "neighborhood by neighborhood and block by block" to address concerns and move forward.

She took some heat in the form of an audience question about attack ads that her campaign has sanctioned during the campaign.

The first part of the question was directed at Justus, who said that she's simply been trying to explain and highlight differences between her and Lucas as candidates and that she wasn't immune to the attack ads.

"I have a track record of following through and getting things done," she said about what sets her apart from Lucas.

Lucas reacted to being called "untrustworthy" on Justus' campaign site and said he does not mention Justus on his campaign website, because he does not "tear people down." That, he said, he would leave for the politicians in Washington, D.C.

Both candidates shared why they believe they are the best choice for the next mayor of Kansas City in closing remarks.

"Our success story is not going to be done until it is felt at the neighborhood level," Justus said. "I'm someone who shows up, follows through and gets thing done."

Lucas talked about how he is the product of good mentors and opportunities, despite the side of town in which he was raised.

"I'm tired of being an exception," he said. "What I'm focused on is making sure Kansas City works for you."

Voters will head to the polls for the mayoral election and to decide several city council seats and ballot initiatives next Tuesday, June 18.