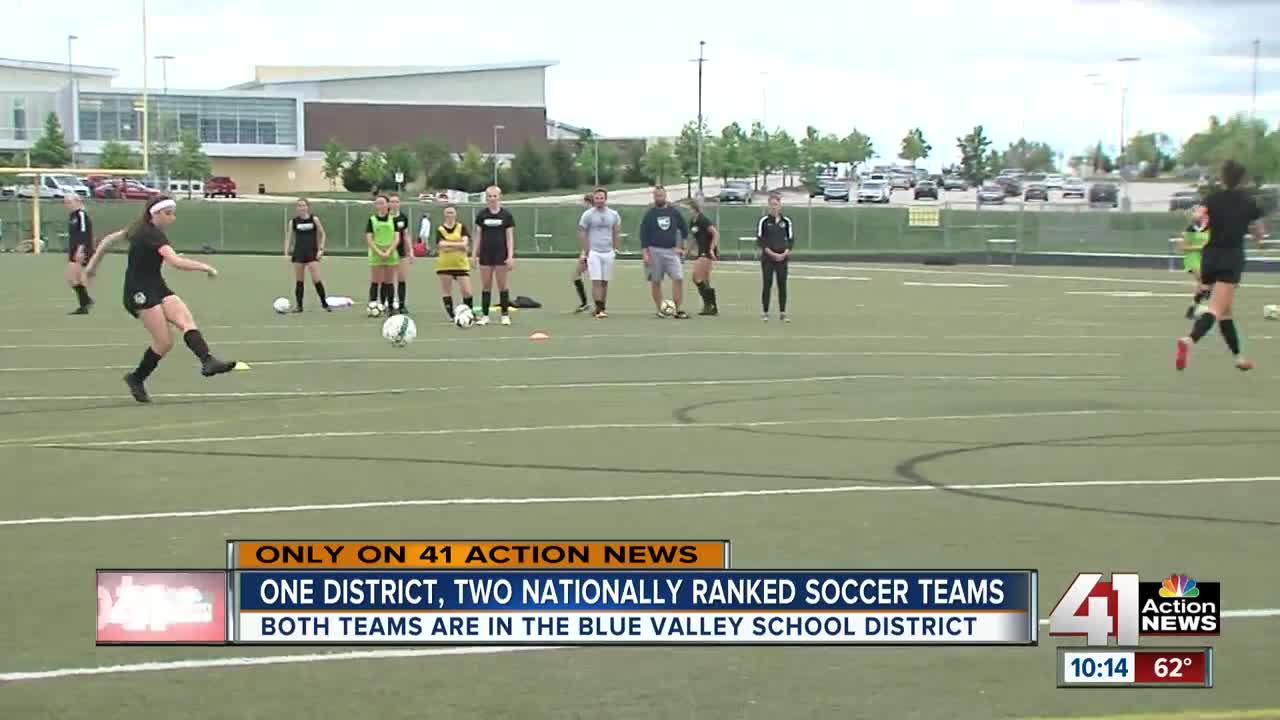 When it comes to girls' soccer, Overland Park is home to some of the very best — at least, according to the Top Drawer Soccer national poll, which has Blue Valley Southwest ranked 20th and Blue Valley North ranked 21st. 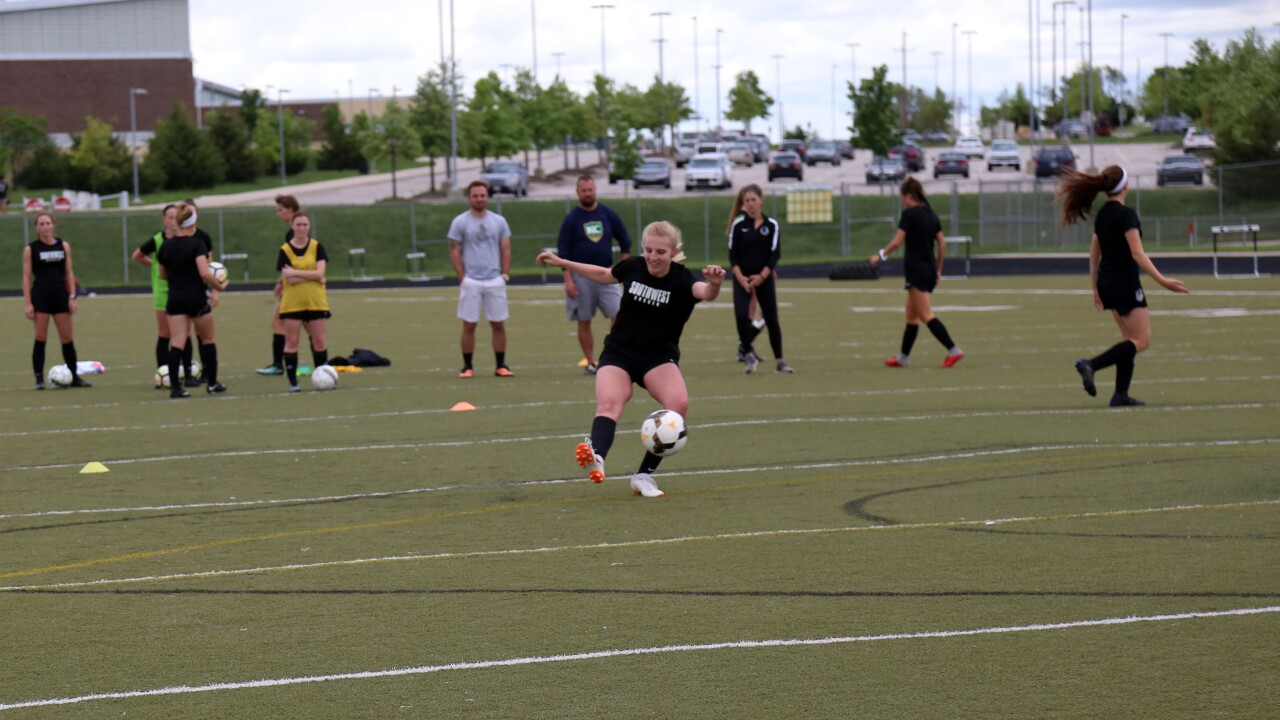 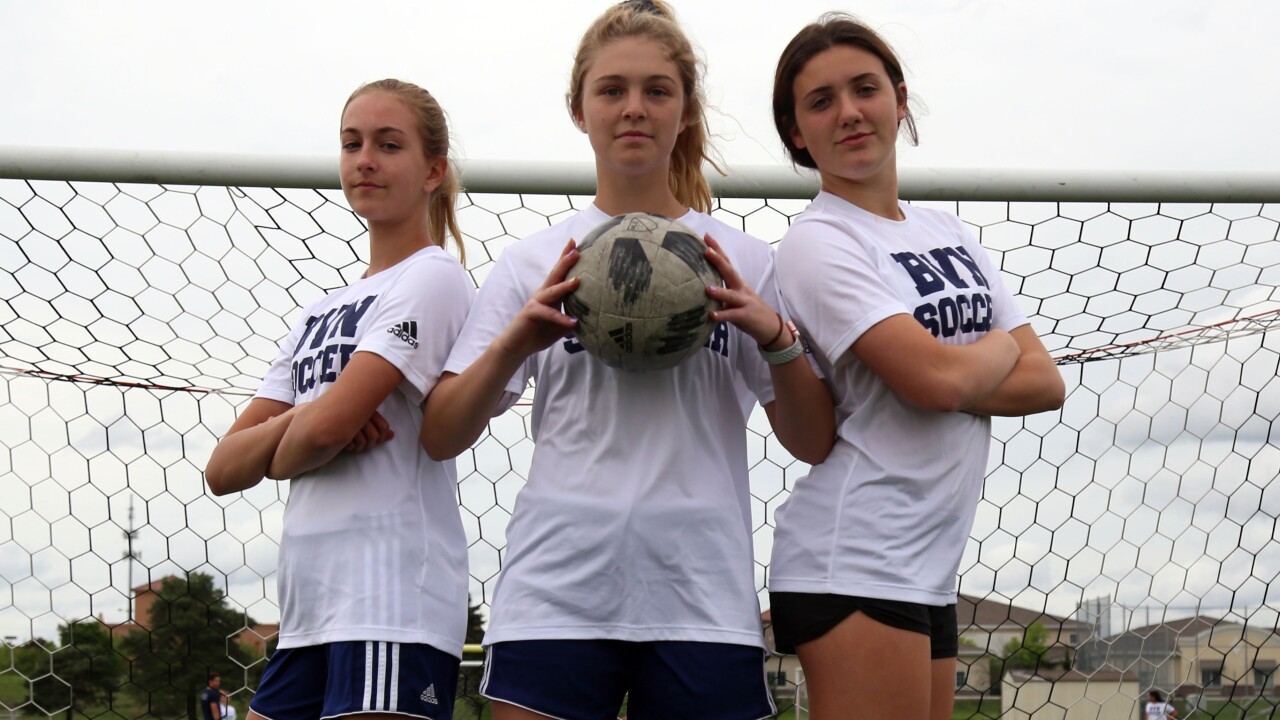 When it comes to girls' soccer, Overland Park is home to some of the very best — at least, according to the Top Drawer Soccer national poll.

"If people from the outside look at the Kansas City metro area, we're known for girls' soccer," BV Southwest coach Erik Jones said. "I would put the amount of talent we have against anybody in the country."

He'd know. The Timberwolves are the two-time reigning Kansas Class 5A state champions and will be looking to win its third in a row seeking a three-peat later this month.

North, which is led by a first-year coach, is hungry and making a big impression.

"I just ask for them to just enjoy the ride, because it does go real quick," Mustangs coach Bryan Turner said.

Girls from both teams said chemistry and competitive fire make them a threat on the pitch.

"We are very aggressive," BV Southwest's Cassie Forcellini said. "It's just because we really, really want to win."

"It's really great to have great competition really close to each other and so many competitive athletes in this area," BV North's Lexy Farrington said.