Merriam councilmen voluntarily clean up debris ahead of storm 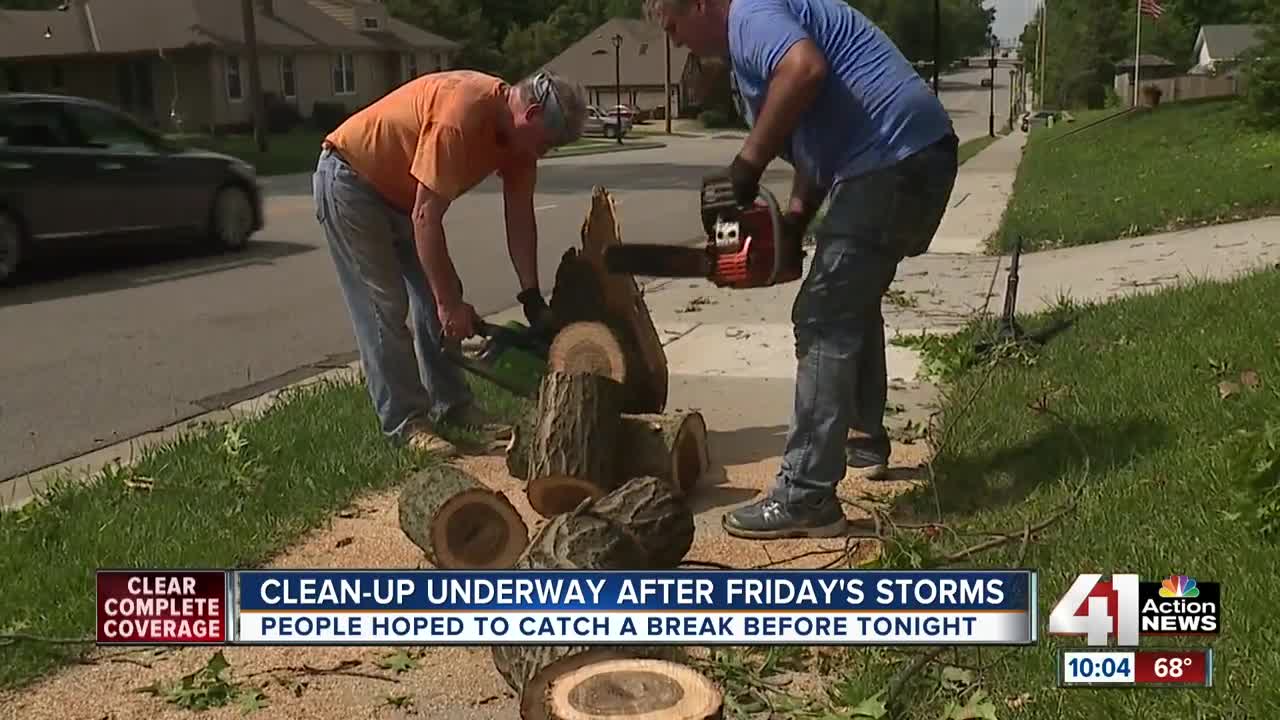 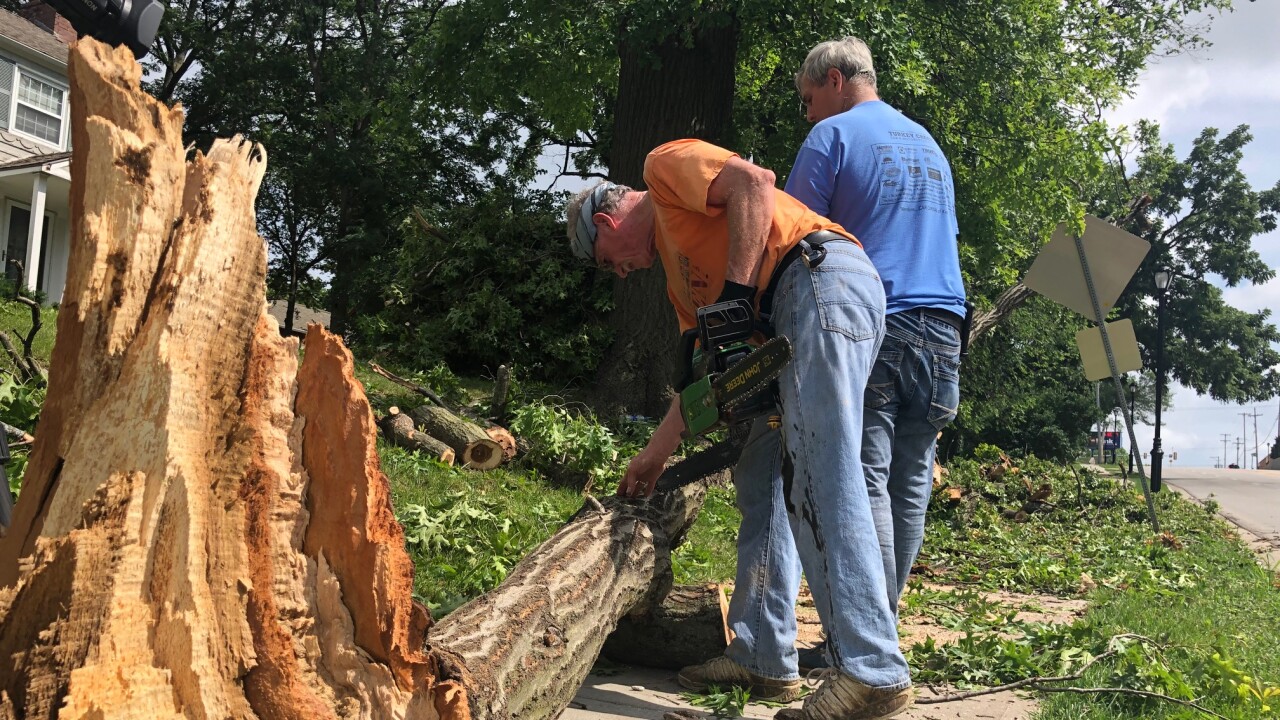 Clean-up began early Saturday as residents tried to beat the next round of storms.

"I thought that looked like a healthy tree to me and that concerns me as to how do you really determine whether your trees are healthy or not when they're green but yet a large wind comes by and knocks it down," Merriam Councilman Bob Pape said.

He said the branch blocked off parts of Antioch Road before the public works department was able to move it.

Pape and fellow councilman Al Frisby got to work moving the branches and chopping up the tree.

"It was an opportunity for us to do it. We're healthy and we have chainsaws and so we were able to come do it and we're just glad we could help out," Pape said.

The home where the tree fell belonged to David Neal, another councilman who was out of town.

When Pape and Frisby found out about the tree, they jumped in to help clear some of the debris before Neal returned.

"The sidewalk cleared is what we're trying to do at this point. We'll eventually try to get to the rest of the tree," Pape said.