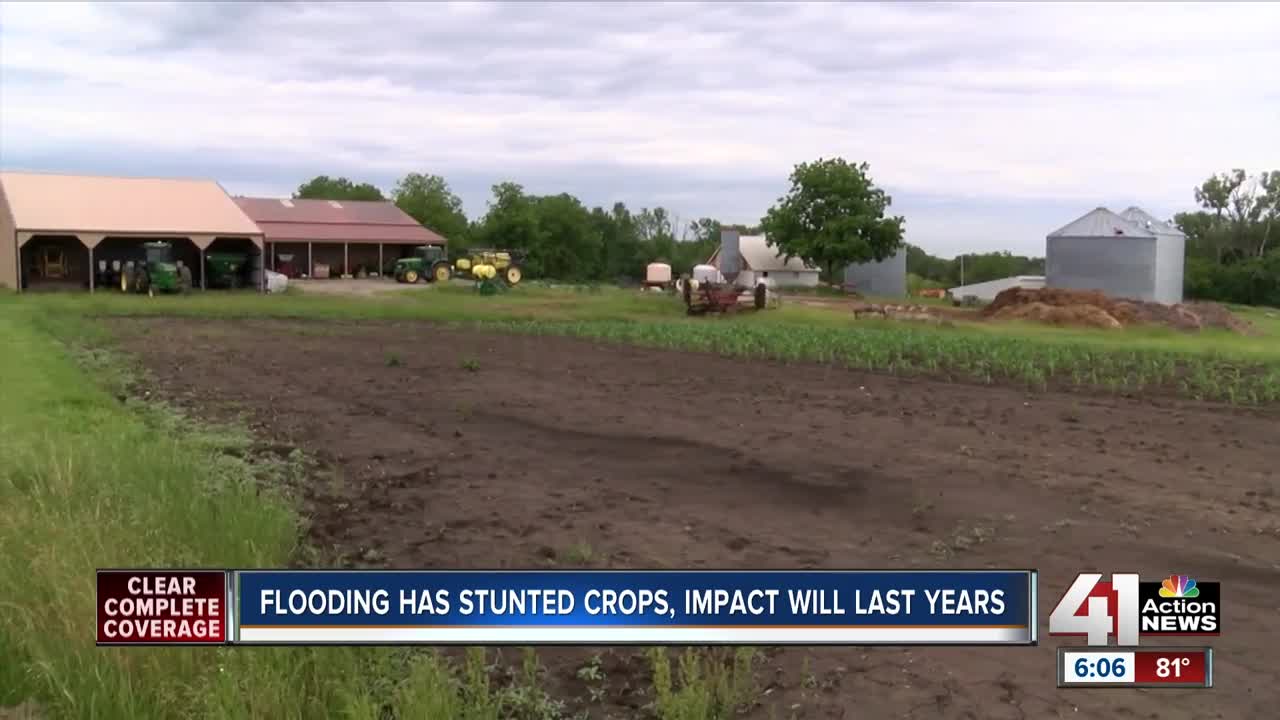 Flooding in the Midwest has far more reaching implications than just farmers and could do more than $25 million in damage to the northeast Kansas economy. 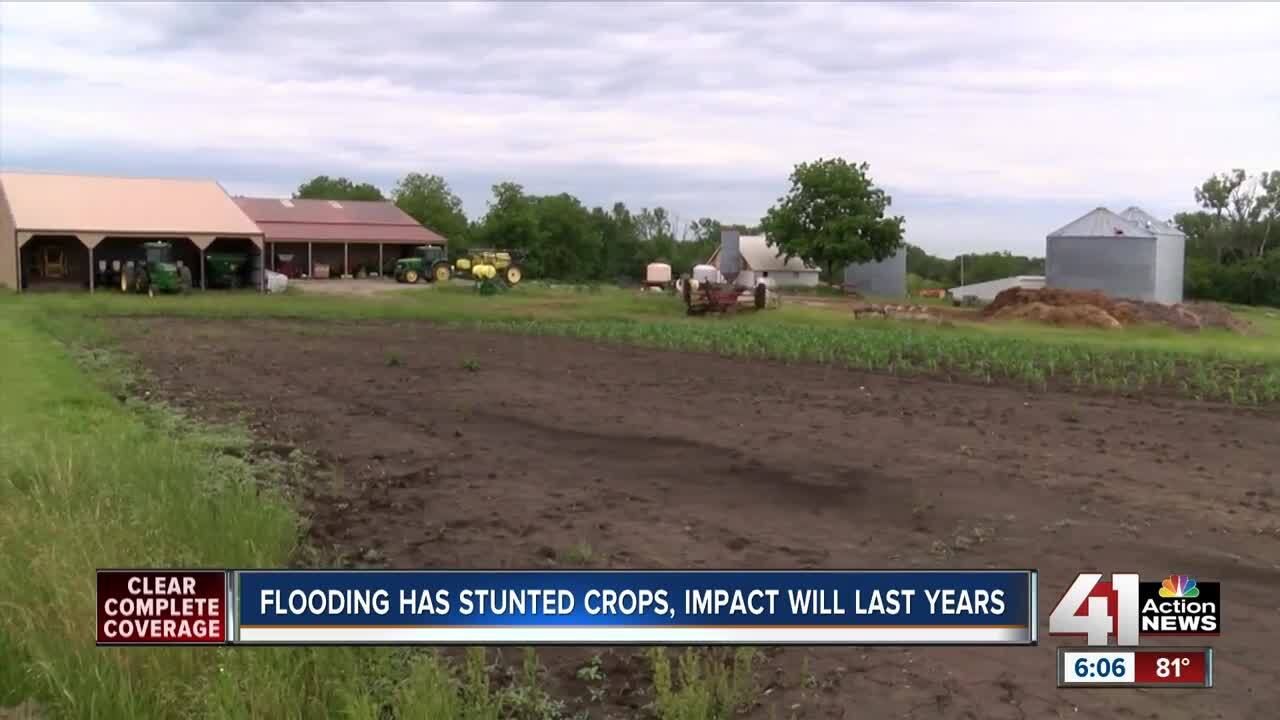 "When they struggle, we struggle," Gleaning Network Manager for After the Harvest Zach Callaway said.

After the Harvest has volunteers who go to local farms and collect extra produce, which is given to local food pantries and those in need.

At many farms, there may not be as much to pick this year.

"It's been a challenge this year with all the rain," said Frank Gieringer, who runs Gieringer Family Orchard and Berry Farm in Edgerton.

Gieringer Farm is among the local producers that works with After the Harvest.

The strawberries are doing well this year, because of raised plastic beds, but they don't like to have "wet feet." Blueberries also are expected to do well.

But corn, which should be up thigh high by now, has been stunted by heavy rains and flooding.

"This is the first time I can remember that as of the first week of June we have not planted anything at all," Gieringer said.

Callaway added, "If there's not enough for the farmer, then there's not extra for us to get, which has definitely made it harder to meet our mission of getting that healthy food to those people."

The group is raising money to be able to get truckloads of donated produce, but the damage from all the severe weather could be as much as $25 million in northeast Kansas.

The tentacles of that impact spread beyond farms or food pantries.

"If that corn is not getting planted or harvested, that means there's a local seed dealer, a fertilizer dealer, that's not making the sale," Vice President of Market Development and Police for Kansas Corn Josh Roe said. "There's a distribution system that's not happening."

Last year, 1.4 million acres of corn and soybeans were planted. There is a surplus, so it won't impact people's pockets at the grocery store, but already there have been slight increases in grain prices.

Roe said the flooding's impact will be felt for several years.

"It brings in all this debris and large piles of sand, and you just don't dry out and go back to full productive farm ground," Roe said.

Kansas corn is used for three primary purposes — to feed livestock, in ethanol production or as an export.

Roes said livestock prices have declined recently as a result of the increased grain prices.

Eighty percent of corn crops had been planted as of Monday, but usually all cornfields in the area have been planted by now.

Only 26 percent of soybean crops have gone in the ground, a figure that should be closer to 80 percent.