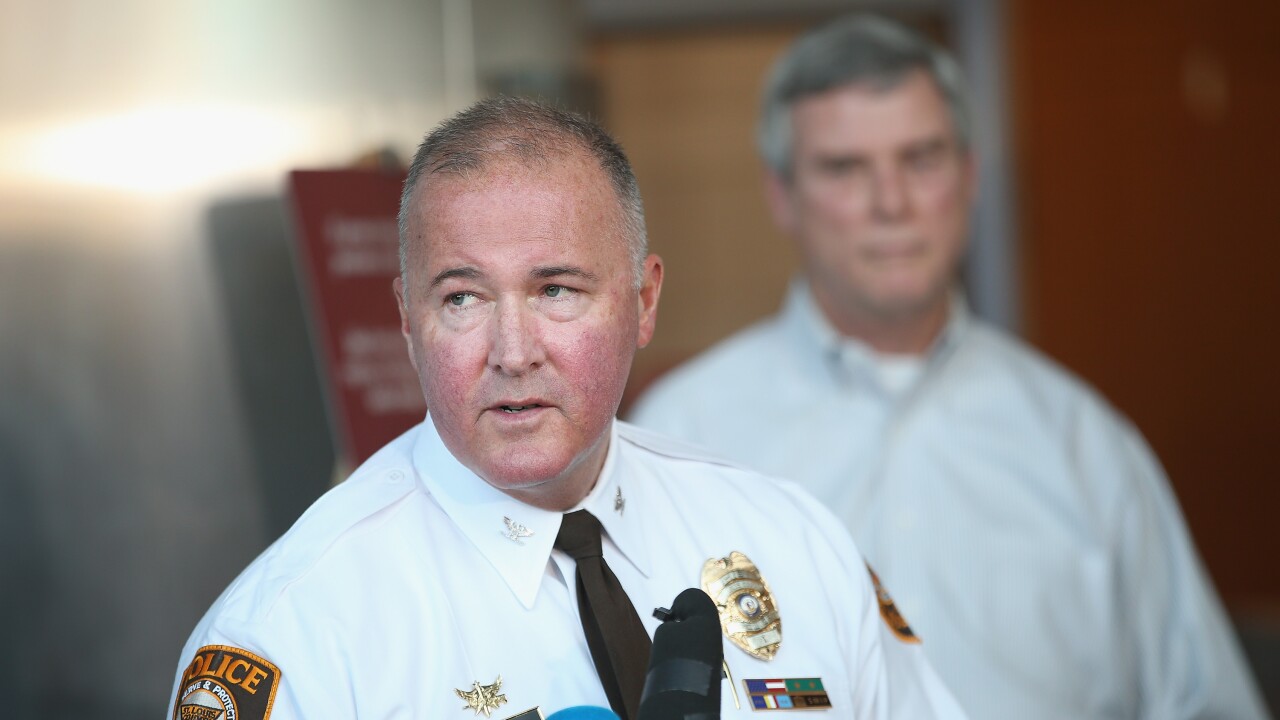 Scott Olson/Getty Images
CLAYTON, MO - MARCH 15: St. Louis County Police Chief Jon Belmar takes questions after Robert &quot;Bob&quot; McCulloch, the Prosecuting Attorney for St. Louis County, announced the arrest of Jeffery Williams for last week&#39;s shooting of two police officers working at a protest outside the Ferguson, Missouri police station on March 15, 2015 in Clayton, Missouri. Williams, a 20-year-old black male, is reported to have been active in protest in Ferguson following the shooting death of Michael Brown by a Ferguson police officer last August. McCulloch stated that the officers may not have been the intended targets. (Photo by Scott Olson/Getty Images)

CLAYTON, Mo. — St. Louis County's embattled police chief said a jury's $20 million verdict in a gay-discrimination lawsuit is an opportunity for improvement in his department.

Jon Belmar spoke Tuesday with the St. Louis Post-Dispatch , his first interview since the jury award to Sgt. Keith Wildhaber last month. Wildhaber's lawsuit against Belmar and the department alleged that he had been passed over for a promotion 23 times because he is gay.

Belmar said it doesn't matter if he agrees with the jury's decision. He said he needs to "move forward" and acknowledge "there's room to improve."

Some St. Louis County leaders have called for a police leadership shakeup. Councilwoman Lisa Clancy has said Belmar should resign because of what she described as a "culture of rampant racism and homophobia."