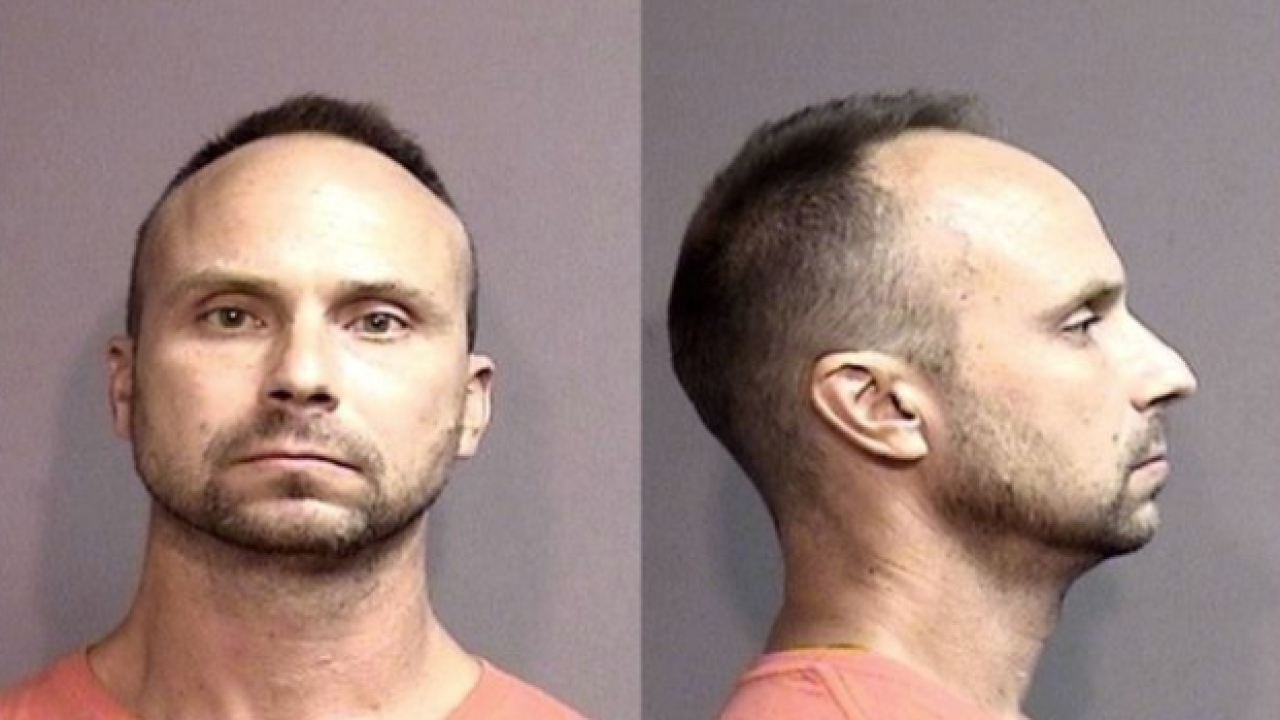 KANSAS CITY, Mo. — A mid-Missouri man is on the run after detectives traced a hidden camera in a public library bathroom back to him, according to court documents.

In August 2018, a patron using the Daniel Boone Regional Library in Columbia, Missouri found a digital camera in one of the library’s public bathrooms and turned it over to the library, according to court documents.

41 Action News sister station KOMU-TV reported in August that Robinson was arrested and charged for invasion of privacy.

After he was released following questioning, his ex-wife provided police with an e-mail exchange between herself and Robinson hinting that Robinson was preparing to flee.

“I fear you have no idea how bad this is going to get. I am meeting with an attorney Monday morning. I am pretty certain I am going to be going away for a quite long time. There is no way to undo the hurt and disgustingness I have done. At least this will keep me from causing more damage. I took half the money out of the old Rangeline account and half the High Point account to pay a retainer. Please tell our kids I love them. Because I really do.”

After Robinson was not seen since his arrest, police in Columbia reached out to federal investigators, who found out that just three days after his Aug. 2 arrest, Robinson had boarded a late-night flight in Chicago bound for Iceland.