Motorcyclist killed in crash at Gillham, Linwood in KCMO 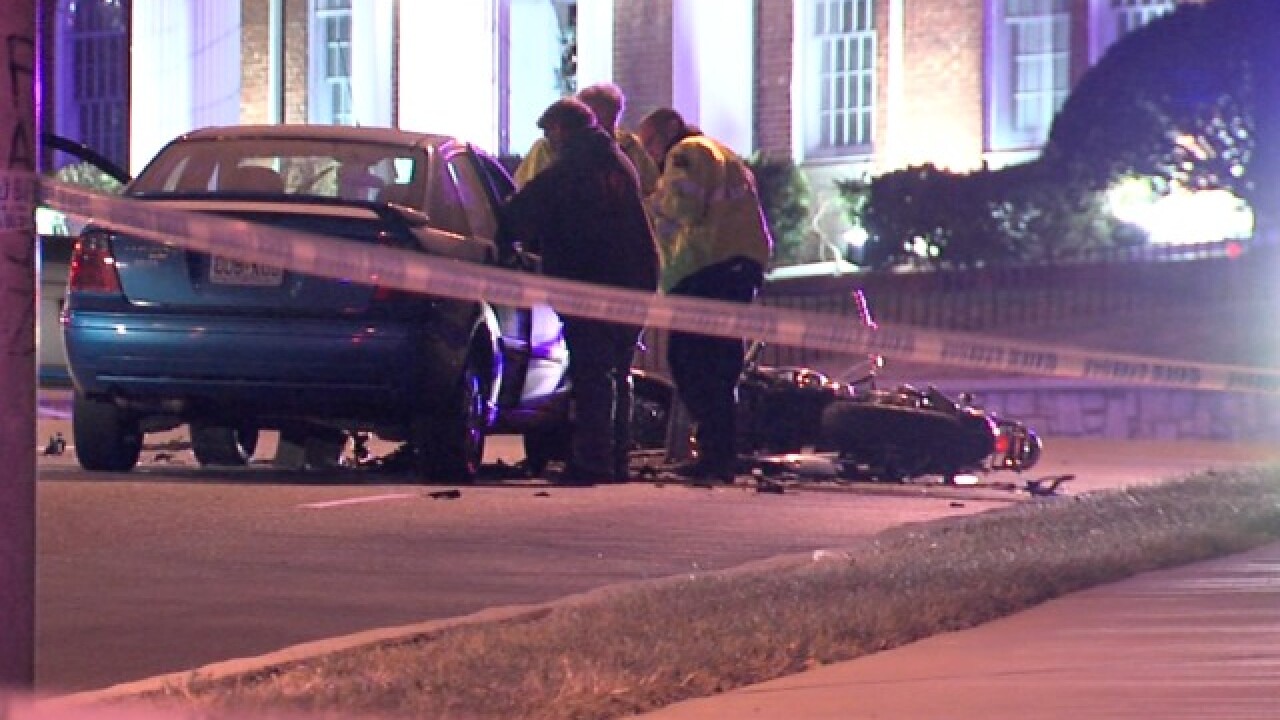 KANSAS CITY, Mo. -- One person is dead after a crash involving a motorcycle Saturday evening.

According to police, two brothers were riding motorcycles south along Gillham Rd. between 33rd St. and Linwood Blvd. when one of them lost control. The motorcycle crossed the center line and struck a vehicle head-on. The crash threw the motorcyclist from his motorcycle.

The motorcyclist was pronounced dead at the hospital. No other injuries were reported in the incident.

According to KCPD Sgt. Deb Randol, this is the 94th deadly crash in Kansas City, Mo. In 2016, there were only 68 traffic fatalities.

"That's too many," said Sgt. Randol. "People need to slow down and pay attention to what they're doing."

Sgt. Randol says with the warmer weather, people need to be more aware of their surroundings.

"It's still beautiful out in Kansas City," she said. "There are a lot of motorcycles and bicyclists and pedestrians. Just watch out for everyone. Slow down and pay attention."

Police continue to investigate what caused the motorcyclist to lose control.