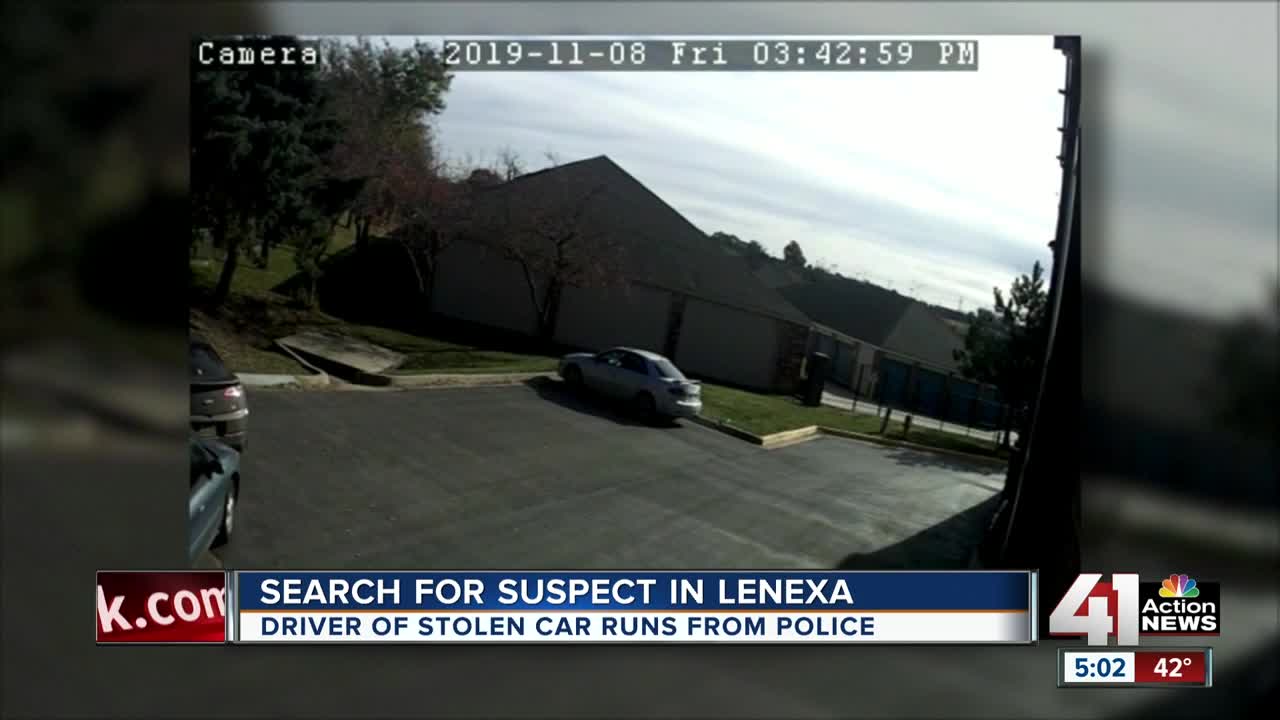 Police from several Johnson County, Kansas, cities were involved in the search of a suspect that fled from law enforcement Friday morning. Lenexa police told 41 Action News officers tried to stop a stolen car, but the driver didn't stop. Police were unable to locate him after he crashed the car and ran on foot. 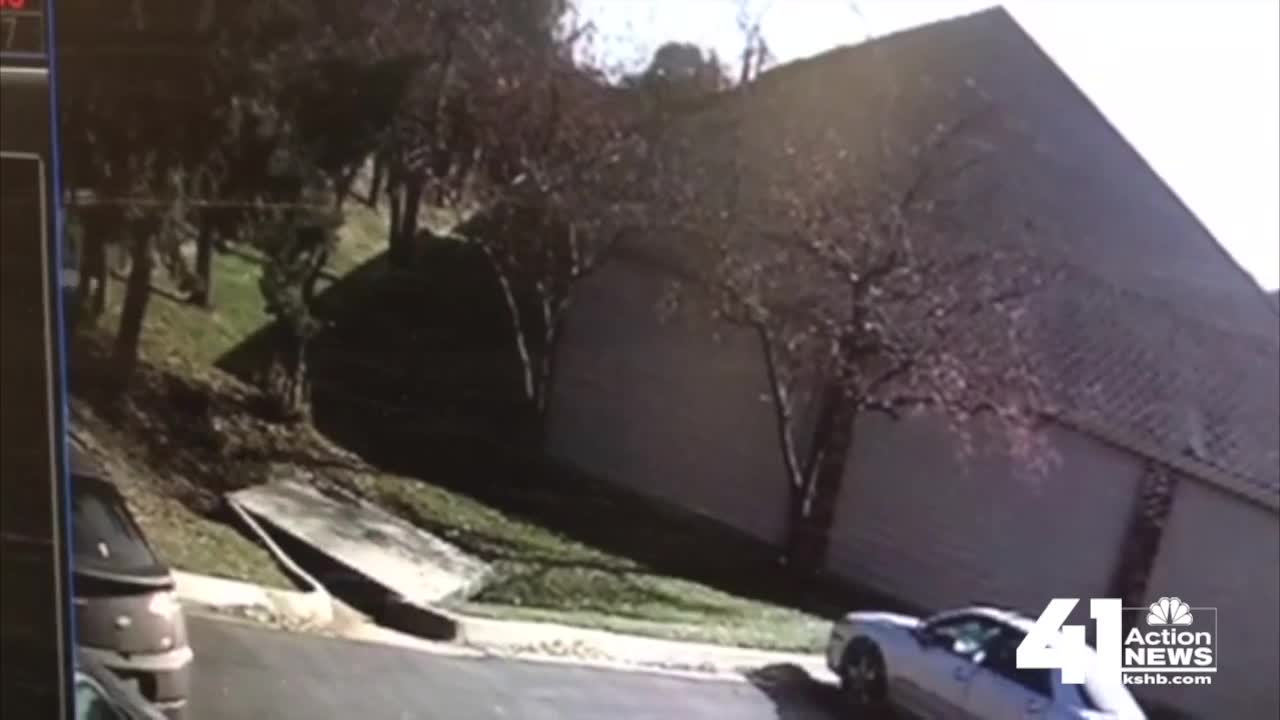 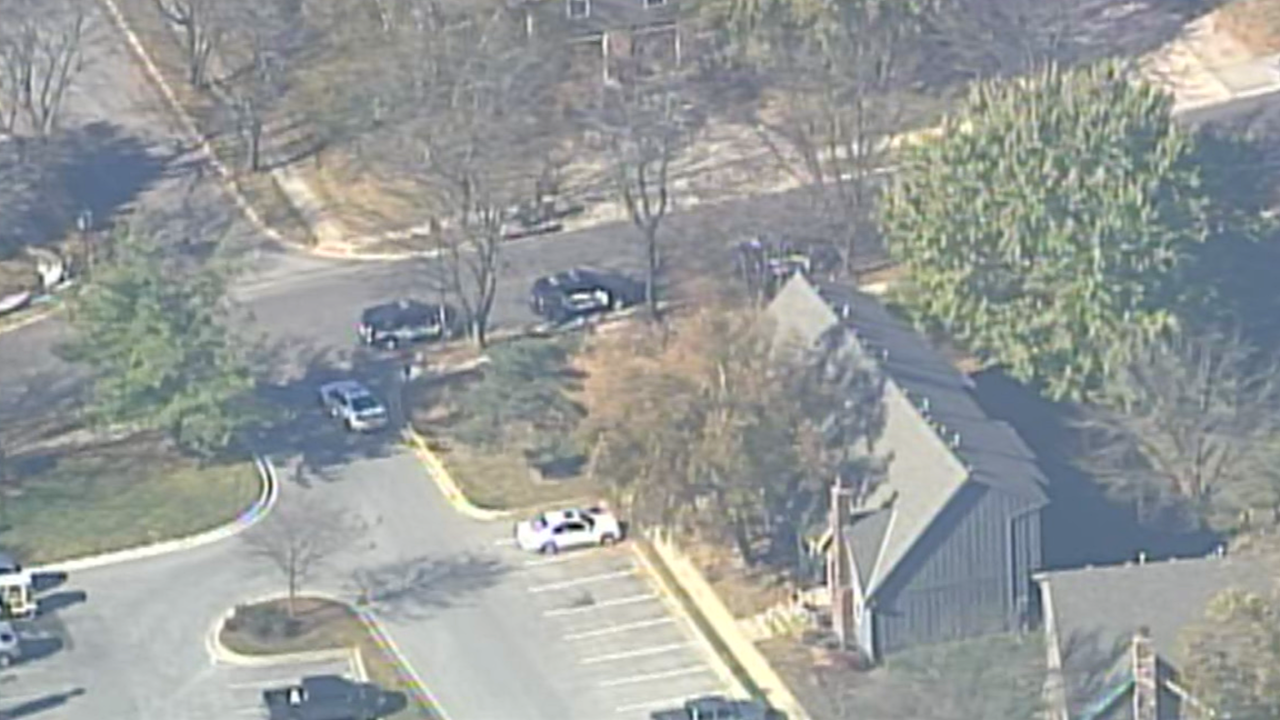 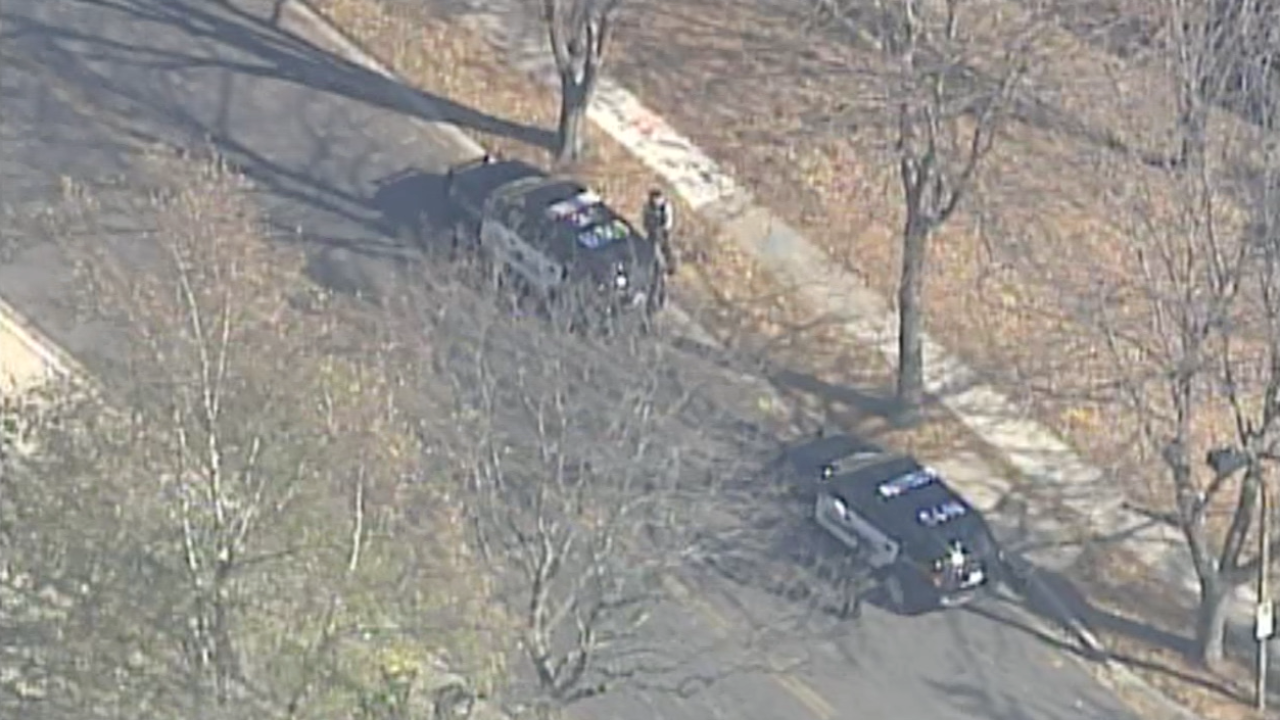 KANSAS CITY, Mo. — Police from several Johnson County, Kansas, cities were involved in the search of a suspect that fled from law enforcement Friday morning.

A little later, around 10 a.m., troopers from the Kansas Highway Patrol also tried to stop the vehicle.

During the chase, the suspect bailed out of the car and began running on foot behind a shopping center at the northeast corner of College Boulevard and Pflumm Road. The stolen car was not in park and rolled into a parked car.

“It was my car, so went out back, the cops were there, it was still running kind of catty-cornered into my car. The cop told me that the suspect jumped out of the car and ran and the vehicle just kind of rolled into my car," said Lloyd Dodson of Collector's Cache.

Additional resources, including a drone and the KHP helicopter, were called in to help search the nearby neighborhood.

The general manager of a nearby Minsky's Pizza told 41 Action News she watched it all unfold in the alley that backs up to her business.

“They did pull out a couple great big duffle bags from the guy's vehicle, and then it looked like they brought in a K9 unit to kind of sniff out the vehicle and then went after his path maybe," Kierstin Walker said.

Lenexa police said their officers assisted KHP with the search, but the agencies were unable to locate the suspect.

Saint Thomas Aquinas High School, which is near the search area, was in a "shelter-in-place" protocol.