Wrong-way driver causes wreck, shuts I-435 down for 2+ hours 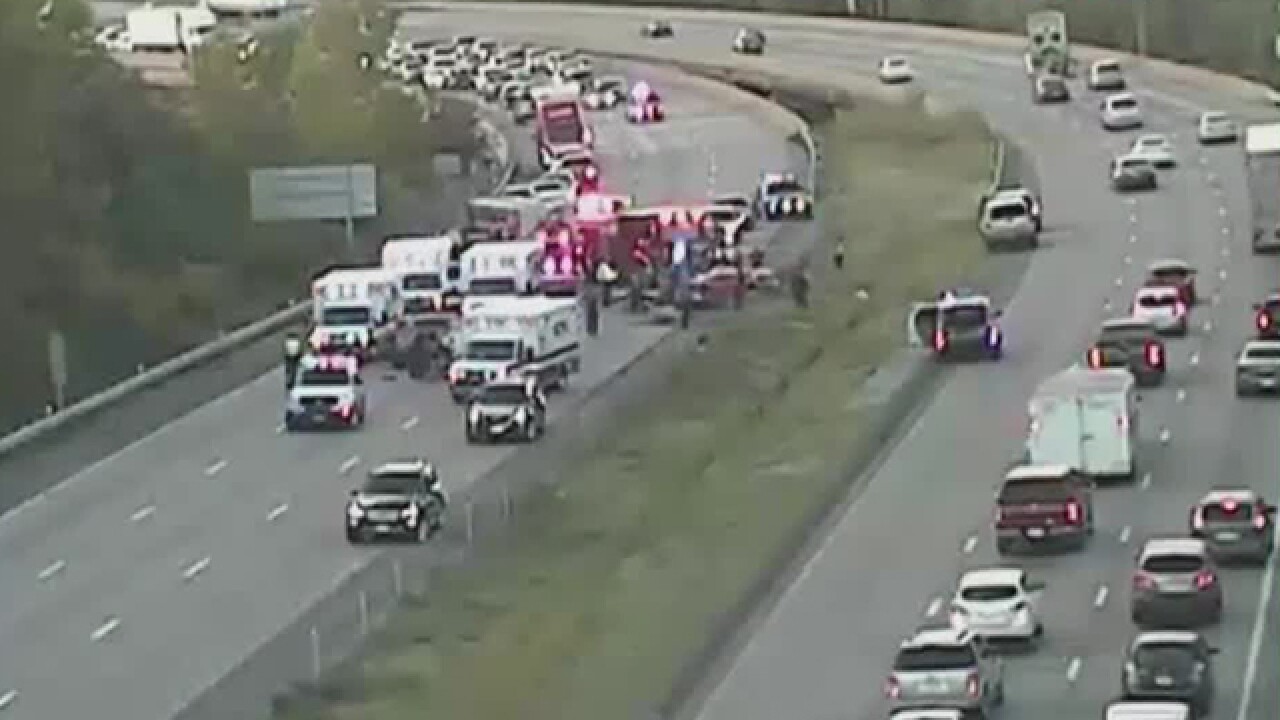 Video from KC Scout just moments after the crash showed at least four ambulances on the scene.

Police told 41 Action News the wreck was caused by a driver of a Ford Mustang going the wrong-way on the interstate.

The driver of the Mustang was transported to a local hospital in critical condition.

Two other people on a second car struck by the Mustang were hospitalized in non life-threatening condition.

Emergency crews were dispatched to the crash around 6:45 p.m.

Traffic was diverted onto Front St. during the closure.