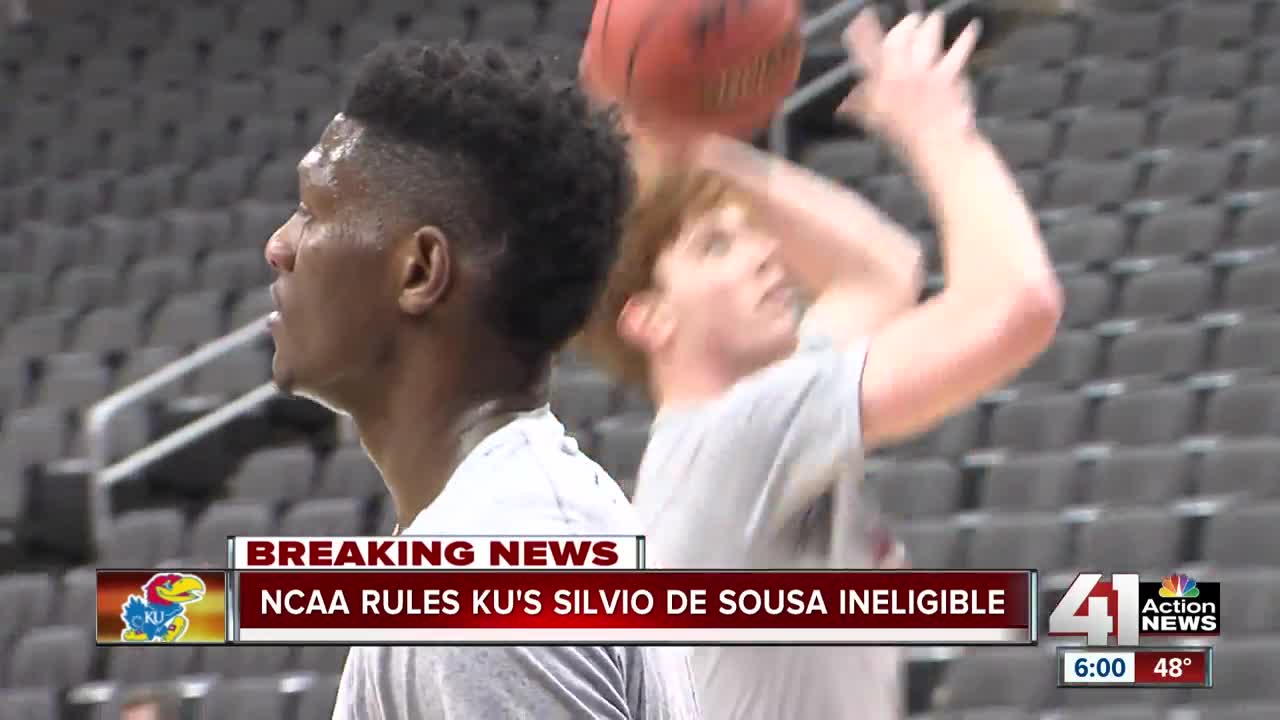 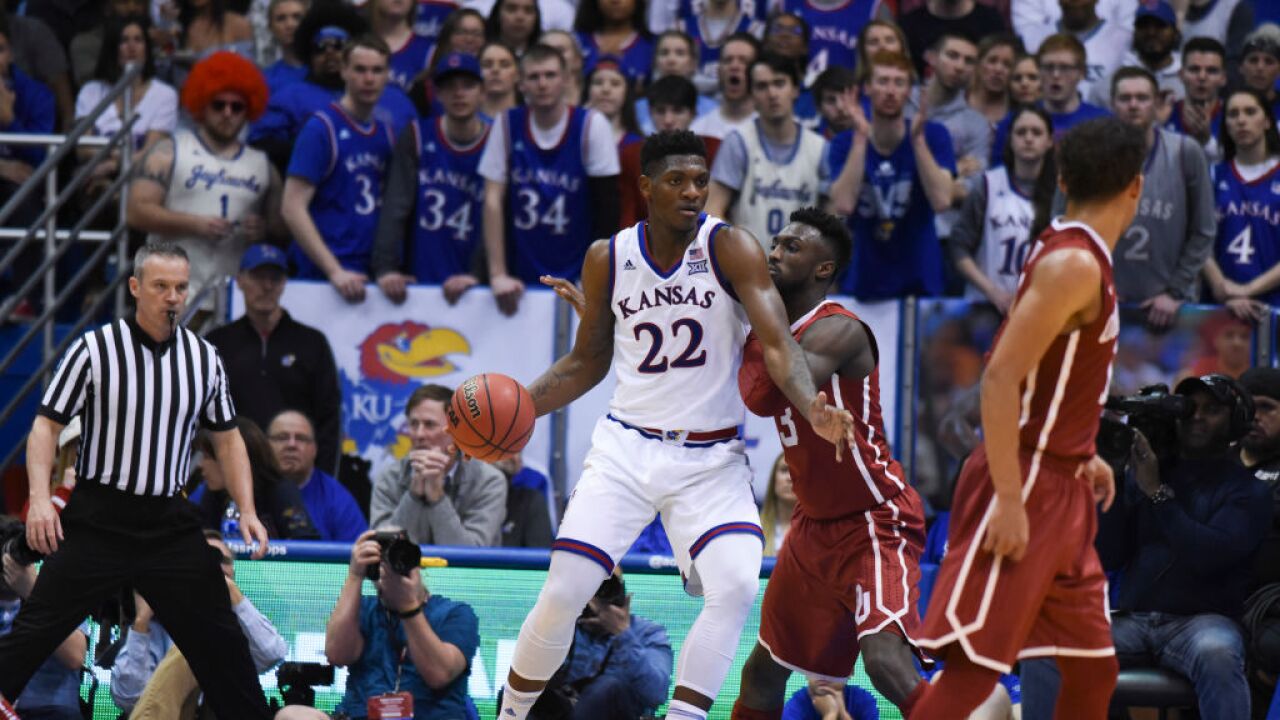 The power forward from Angola has not played in one game this season due to the NCAA review.

The NCAA says De Sousa's guardian received $2,500 from an agent and booster of the school. The NCAA says the guardian then agreed to accept an additional payment of $20,000 from the same person and an Adidas employee for securing De Sousa's enrollment at Kansas.

The review began during a federal trial involving Adidas and college basketball.

The NCAA says De Sousa must sit out the remainder of this season and next season.

KU's Director of Athletics Jeff Long says KU is shocked by today's decision and will appeal. Long called the ruling "unfair and punitive for a young man who had no knowledge of any NCAA violation, nor did Silvio personally benefit from the violation."

Head coach Bill Self had harsh words for the NCAA.

In a statement the hall of fame coach said, "In my 30-plus years of coaching college basketball, I have never witnessed such a mean-spirited and vindictive punishment against a young man who did nothing wrong. To take away his opportunity to play college basketball is shameful and a failure of the NCAA. Silvio is a tremendous young man who absolutely deserves to be on the court with his teammates in a Jayhawk uniform. This process took way too long to address these issues. We will support Silvio as he considers his options."

Tompsett went on to say, "The NCAA’s decision illustrates the absurdity of how the NCAA enforces its rules: A young man who did nothing wrong has had his life altered in a very negative way through no fault of his own. That is not how we do things in this country."

Tompsett added he will work with KU to do everything he can to get this ruling reversed.

While De Sousa has not and will not play this season, during the 2017-2018 season, he appeared in 20 games and averaged four points per game.