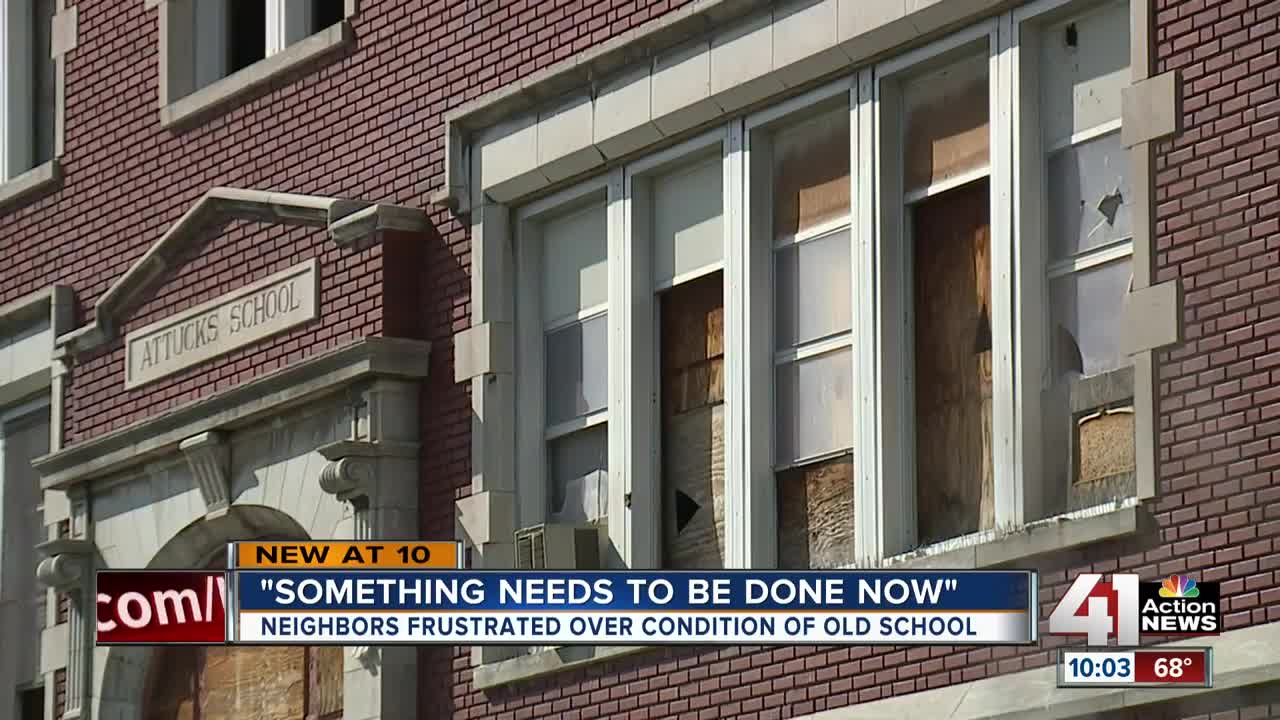 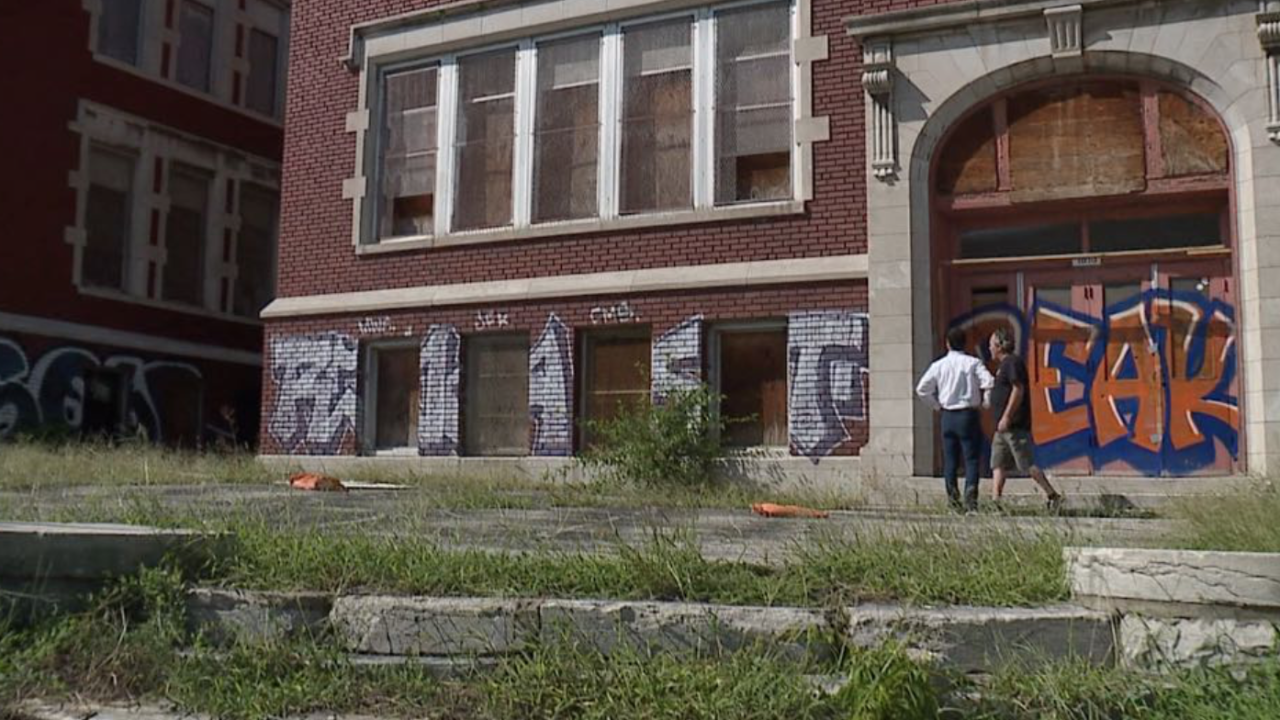 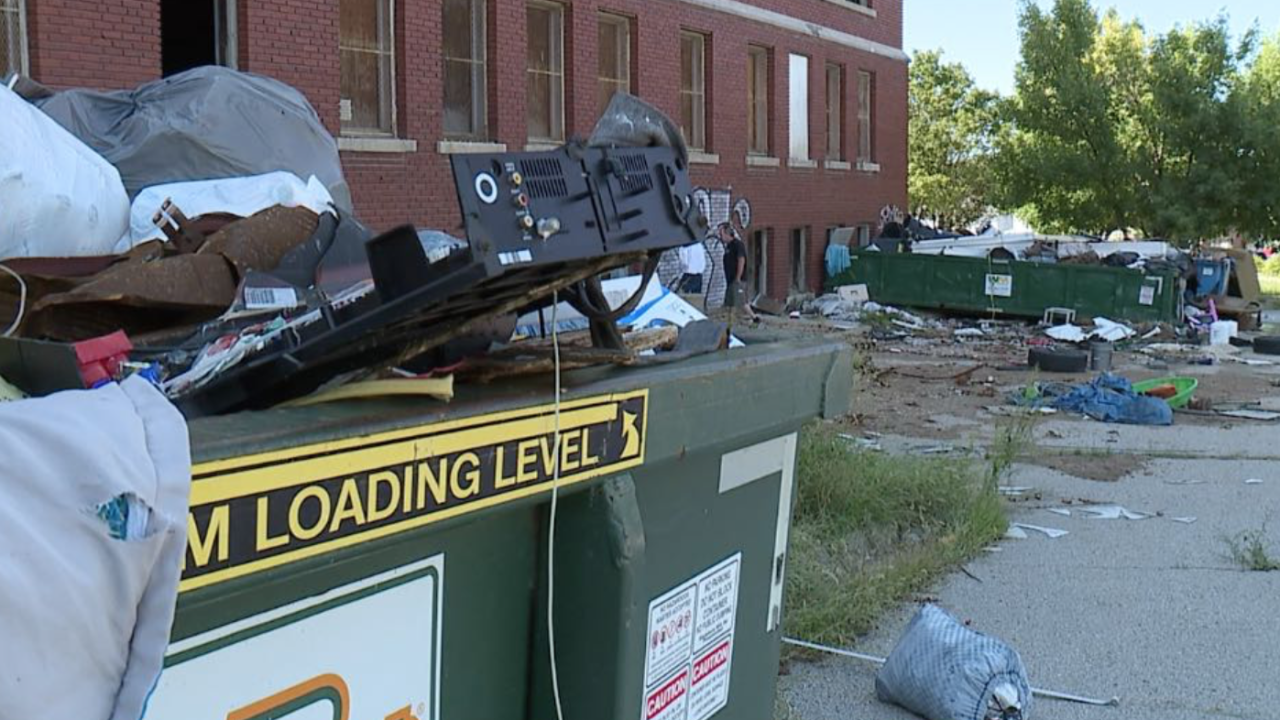 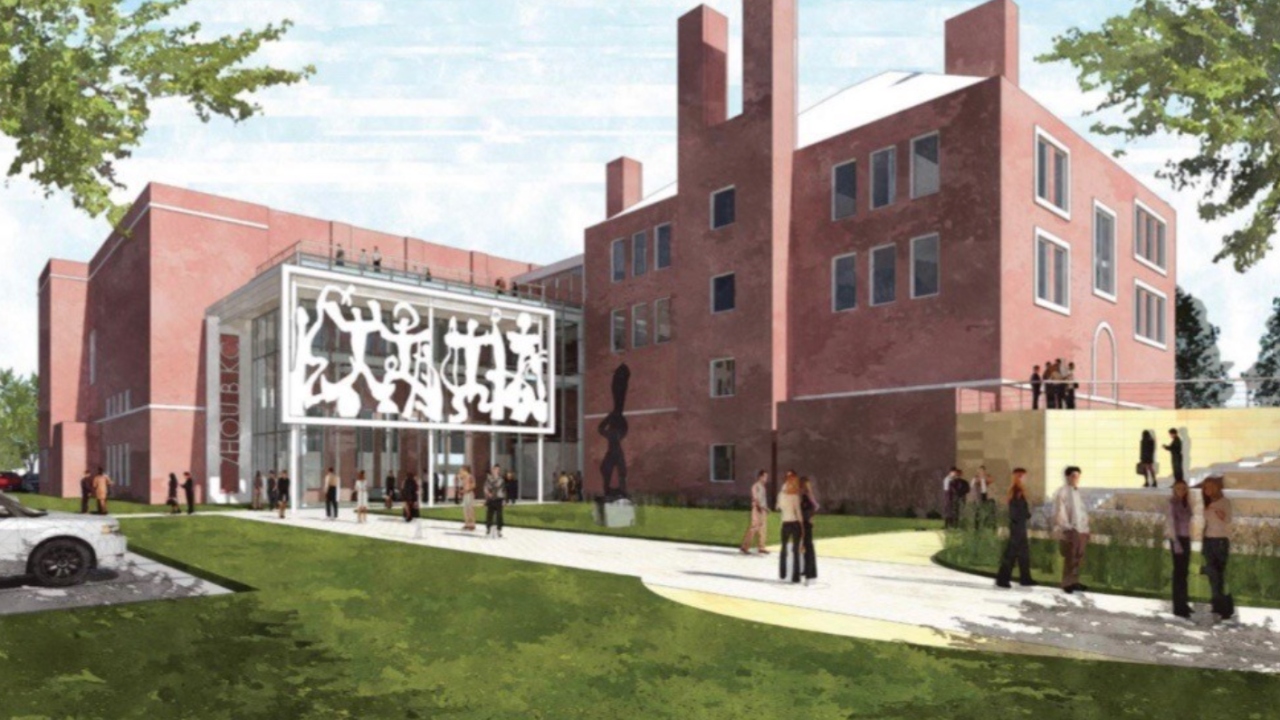 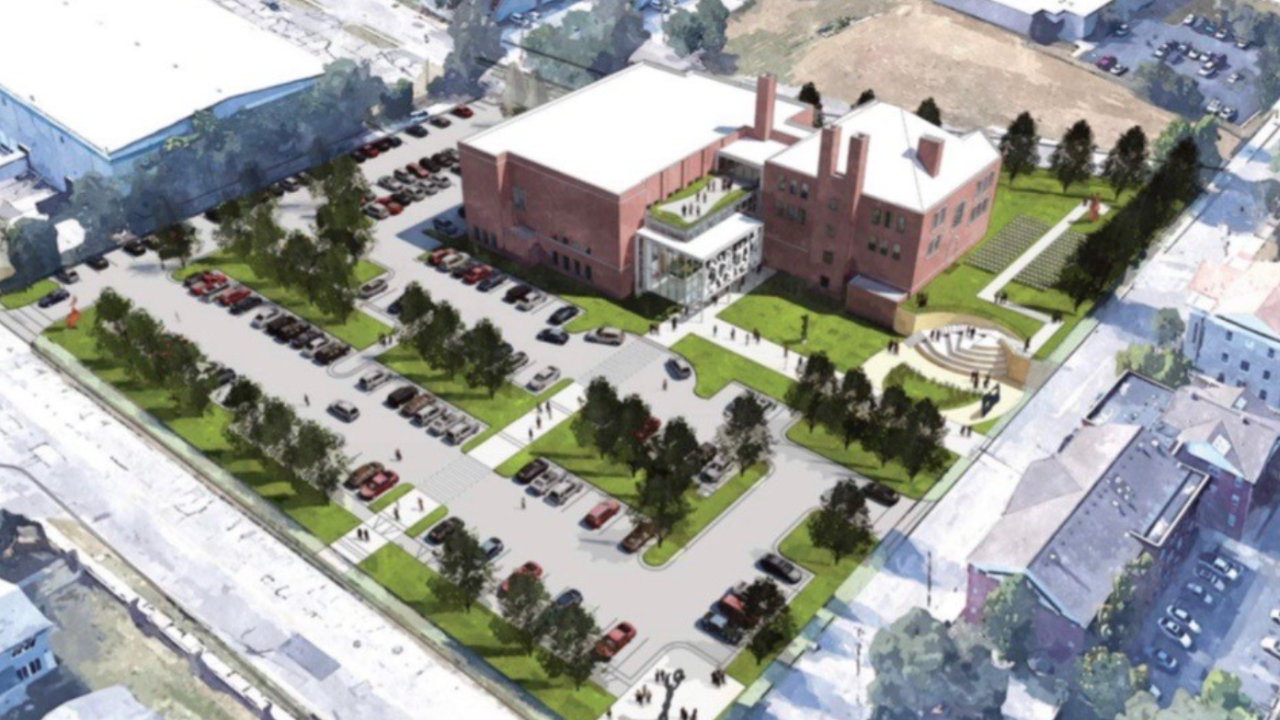 KANSAS CITY, Mo. — Built more than a century ago and included on the National Register of Historic Places, the old Crispus Attucks Elementary School near the 18th and Vine Jazz District sits covered in graffiti with windows broken out and trash piled high.

The old school building has been vacant for 15 years.

Eventually, plans call for it to be the site of a multi-million dollar arts and cultural center, but right now the property's condition just frustrates and concerns neighbors.

Walking around the property Friday, Barkwell showed 41 Action News the spray paint that has overtaken parts of the school.

Piles of trash created an overpowering stench outside another section of the school.

With the site now attracting unwanted attention, Barkwell said he worried about what could might at the school.

“People are walking in and out on the roof,” he said. “I don’t want to look out the front door of the store and see somebody fall.”

Not long after 41 Action News arrived at the school, arts and cultural center project organizer Allan S. Gray II came by and a trash truck soon followed, hauling away a water-logged dumpster filled with garbage and debris.

While Barkwell spoke to Gray about his concerns, the troubles at the site came into focus.

“There has been a convergence of theft on the property,” Gray said. “We’ve had numerous break-ins.”

Gray said thieves stole most of the fencing that surrounded the property to keep trespassers off. That opened the door for increased vandalism and littering, concerns he promised to address.

“We’re invested in this project,” he said. “This will be a point of destination for artists and for creatives. We also see this as a space to revitalize or continue the revitalization of 18th and Vine.”

Gray said crews would return next week to further clean the property and board up windows.

While the Attucks Elementary School will remain intact, he said construction for the new arts and cultural center will begin next spring.

“I’d hate for the history of the building to end up like this,” he said. “It can’t sit like this for another week, another month, another year. It’s not right.”