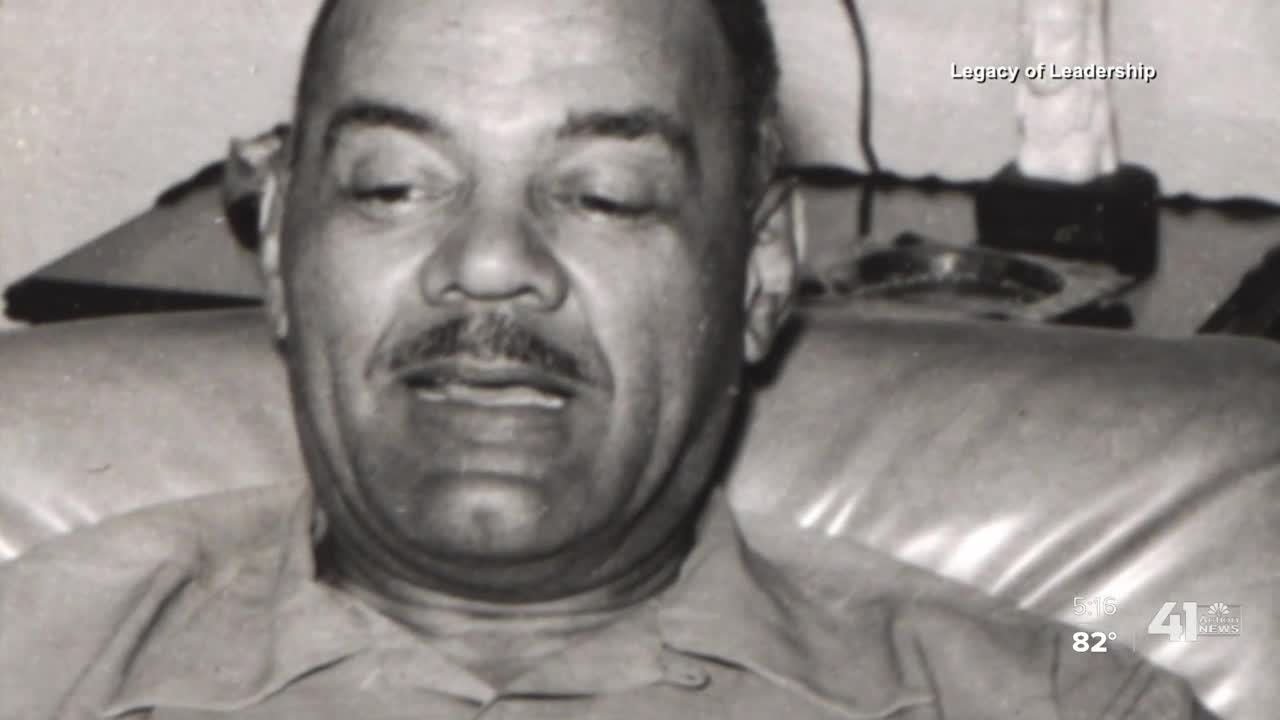 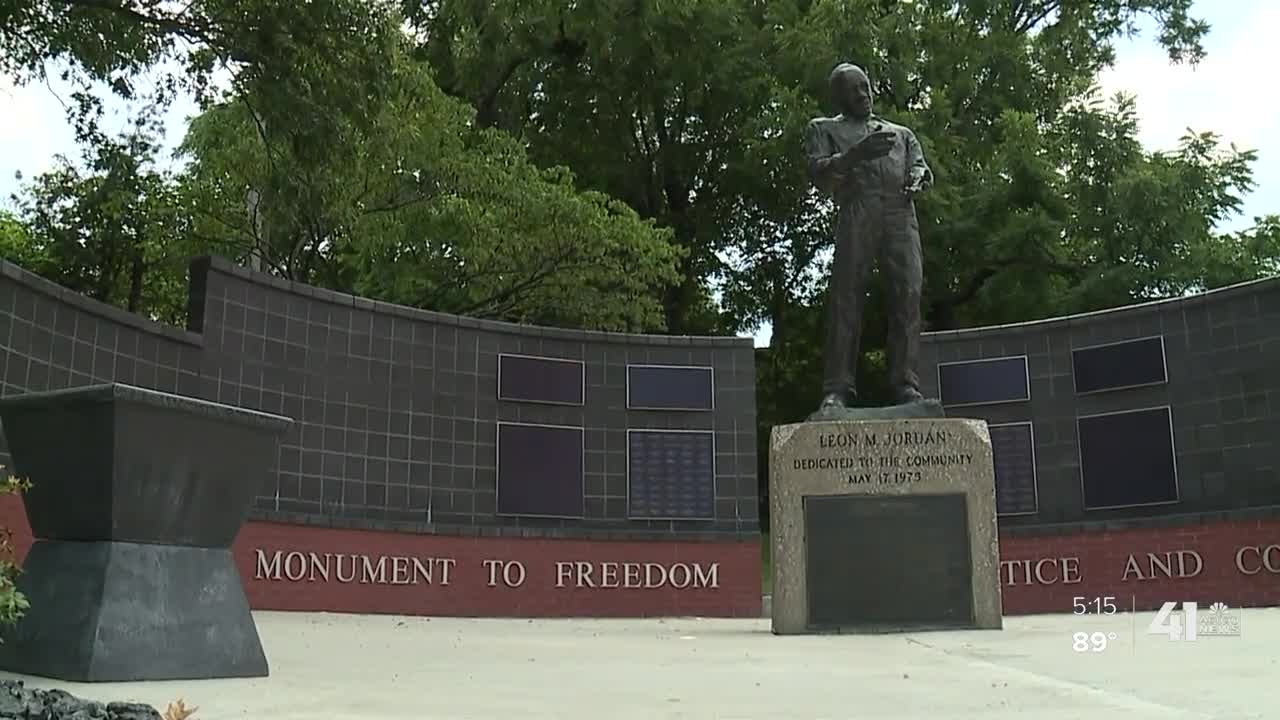 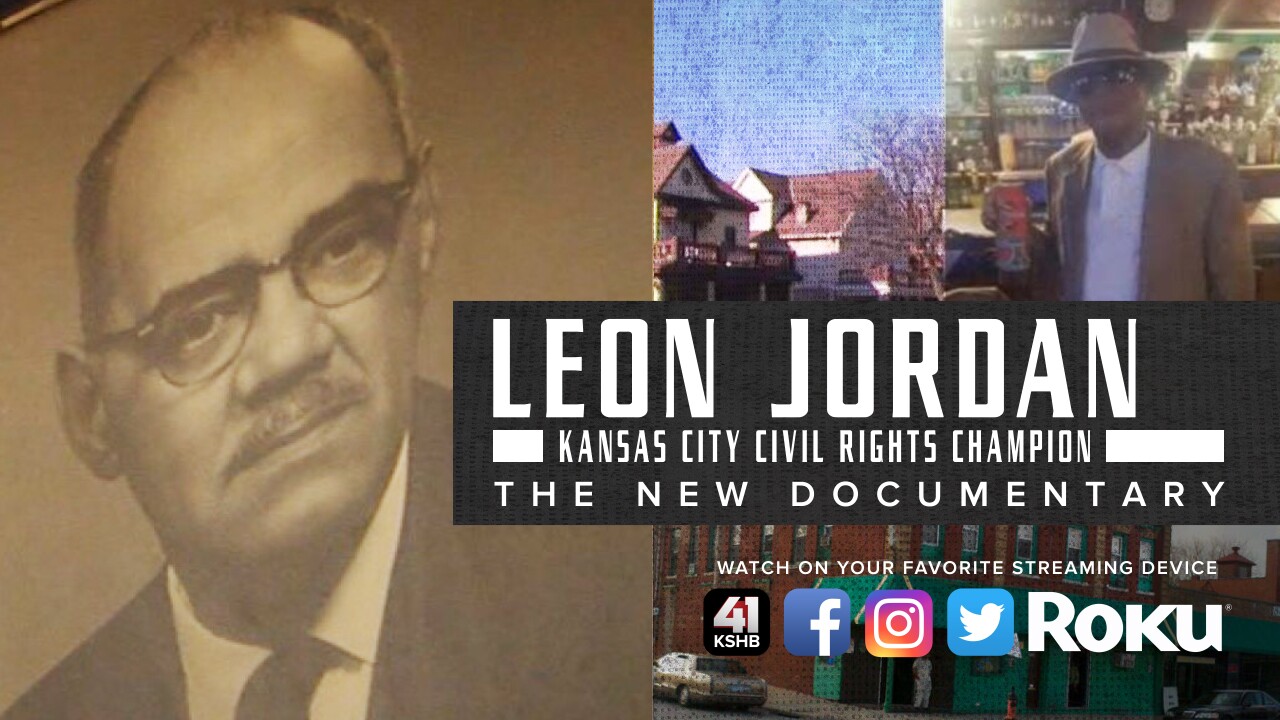 KANSAS CITY, MO. — A sad moment in Kansas City's history is being remembered this week.

On July 15, 1970, Leon Jordan was assassinated as he walked out of the Green Duck Tavern, a business he owned, to his car. Jordan's life is being remembered in a new documentary produced and directed by Kansas City's own Emiel Cleaver, called, "Legacy of Leadership."

Jordan was a key figure in the civil rights movement in the 1960s in Kansas City. His strategy was to unify the African American community through the ballot box and gain political power to oppose segregation and push for fair housing laws. He took the battle for civil rights from street protests into City Hall and the Missouri Legislature, where rules and laws are made.

Jordan was born in Kansas City in 1905. He graduated from Lincoln High School and went on to graduate from Washburn University in Topeka, Kansas, and later married Orchid Irene Ramsey.

In 1938 he Joined the Kansas City Police Department and became the first African American police Lieutenant in Kansas City. The East Patrol police station is named in his honor and there is a statue of Jordan at 31st and Benton in Kansas City.

The documentary details how Jordan took a break from the Kansas City Police Department and went to Liberia, West Africa, to help organize the police force there. When he returned to Kansas City, he convinced other civil rights activists like Bruce Watkins, to form the political organization, Freedom Inc. Headquarters for Freedom Inc was in an office in the same building as Jordan's business, the Green Duck Tavern at 25th and Prospect in Kansas City.

Jordan was elected as a Kansas City committeeman, and served three terms in the Missouri House of Representatives.

"Leon Jordan was about unifying because he unified a political organization with people who were democrats, republicans, people who ran against him," Cleaver said.

A young James Tindall, now Bishop Tindall, was being groomed by Jordan for leadership. Bishop Tindall, now a board member with Freedom Inc., remembers watching Jordan become a political super-power to help the African American community. Tindall explains it was not a task Jordan accomplished alone. Bruce Watkins, Howard Maupin, Charles Moore, and Fred Curls were also part of the movement.

"And these men said, 'No, we deserve to be able to eat in a restaurant to go to a movie theater, to ride on the bus just like anybody else,'" Tindall said. "They set out to make a difference. We can never forget those who made it possible for us to be where we are today."

Now the slain Kansas City Civil Rights leader's legacy is becoming a model for leaders in the current movement for social justice and equity.

Justice Tyrone Horn, 23, is one of the leaders of recent Black Lives Matter protests in Kansas City.

He grew up in Independence, Blue Springs, Grain Valley and all over and is a senior at the University of Missouri - Kansas City, also serving as the student body president. He said he was familiar with the name, Leon Jordan; but didn't know Jordan's legacy.

After watching the documentary, Horn, who is working on a career in politics and public service, said he was moved.

"My first reaction would just be, I would say speechless I was speechless at the very beginning just that, not only that one man brought up the African American community; but that he was ultimately gunned down and shot because of that," Horn said.

He said Jordan's struggle and ultimate assassination, gives him a renewed sense of pride and purpose in his mission for civil rights.

A new leader in the push for justice and equality now leaning on past courageous leaders for strategies and strength.

You can watch the 30-minute documentary, "Legacy of Leadership," at 8 p.m. this Wednesday on the KSHB Facebook page.

41 Action News Anchor, Cynthia Newsome is leading a round-table discussion before and after the documentary. Producer and Director, Emiel Cleaver will be part of the round-table discussion along with Bishop James Tindall. The conversation will focus on Jordan's legacy and what it means to the current social justice movement.

It's a free event, just go to the KSHB Facebook page at 8pm Wednesday