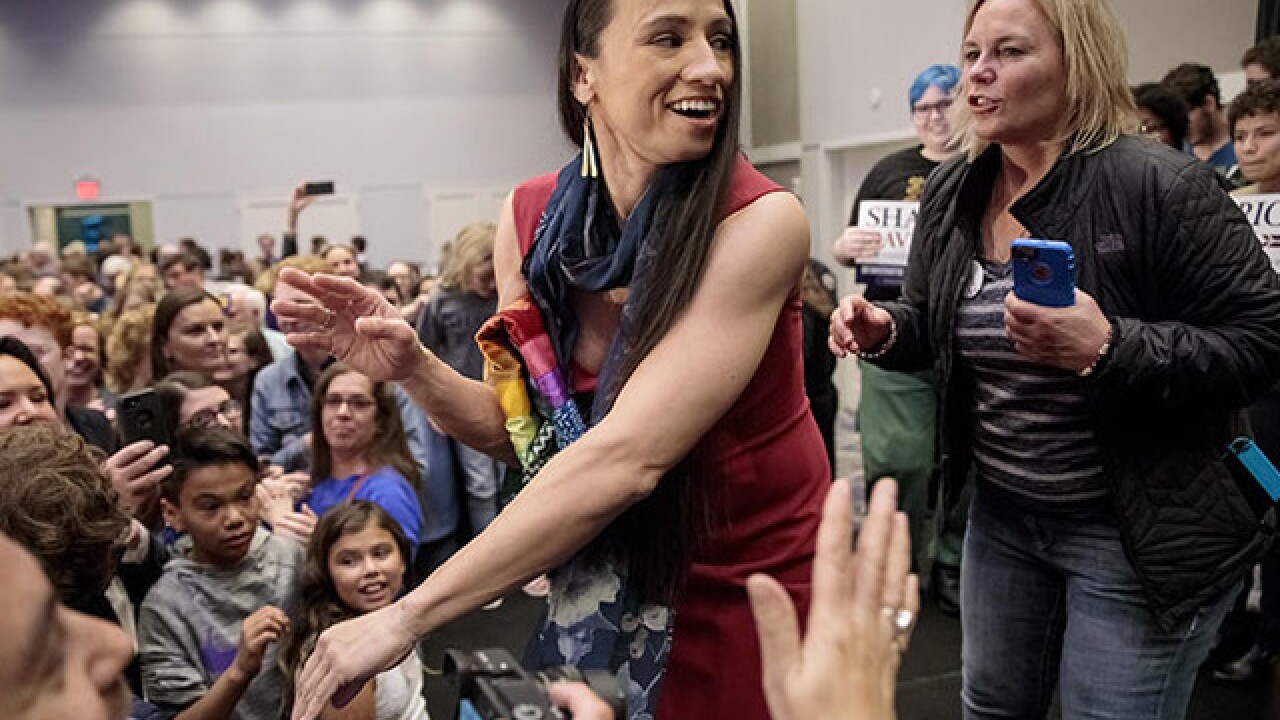 Copyright 2018 Scripps Media, Inc. All rights reserved. This material may not be published, broadcast, rewritten, or redistributed.
Whitney Curtis/Getty Images
<p>U.S. Rep.-elect Sharice Davids, a Democrat from Kansas, will serve as co-Regional Whip for the Region 4 when the 116th Congress is sworn in Jan. 3, 2019. She greeted supporters during an election night party on Nov. 6, 2018 in Olathe, Kansas, after defeating incumbent Kevin Yoder, a four-term Republican.</p>

Davids, a Democrat from Kansas, unseated Kevin Yoder in Kansas’ 3rd Congressional District race for the U.S. House of Representatives in early November.

She was unanimously elected as Regional Whip and will serve along with Congressman-elect Jesus “Chuy” Garcia of Illinois’ 4th Congressional District, according to a release from Davids’ office.

“I’m honored to take on this role and add a new voice — a voice for Kansas — to the Democratic leadership team,” Davids said. “I look forward to working closely with members of our Midwest region to make sure Kansas priorities are front and center in the Democratic Caucus.”

The Regional Whip is a leadership position responsible for rallying support for policies, tracking votes and ensuring membership is present during critical votes.

Davids is one of the first two Native American women elected to the U.S. Congress along with Deb Haaland of New Mexico’s 1st Congressional District. Davids is also the first openly LGBTQ member of the Kansas congressional delegation.