KANSAS CITY, Mo. — Some students in North Kansas City School District might be starting their days 45 minutes earlier next year.

The Board of Education voted Tuesday to change when some students start and end classes. 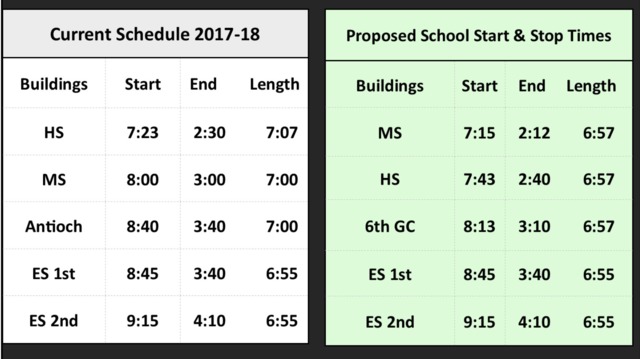 The district said changing schedules will help accommodate growth as well as save the district $1.3 million.

Next year, two middle schools will be converted to sixth-grade centers. If the district were to keep the school schedules as is, the administration said it would need to hire 200 additional staff members.

“We decided that the middle school would start first because it has the largest ridership for our buses,” said Rochel Daniels, Executive Director of Organizational Development for the North Kansas City School District. Changing schedules “allow all of our resources to get out and get kids where they need to be most safely and effectively.”

Some parents, however, worry the new start and end times will have a “trickle-down effect.”

“We as a family do not want [my daughters] to stay at home by themselves,” said Ann Baldwin, whose daughters will be attending a middle school and elementary school next year. “Are we going to have to hire a babysitter or someone to be here at home whenever [they] get off the school bus?”