No injuries reported after truck crashes into Holt Truck Stop 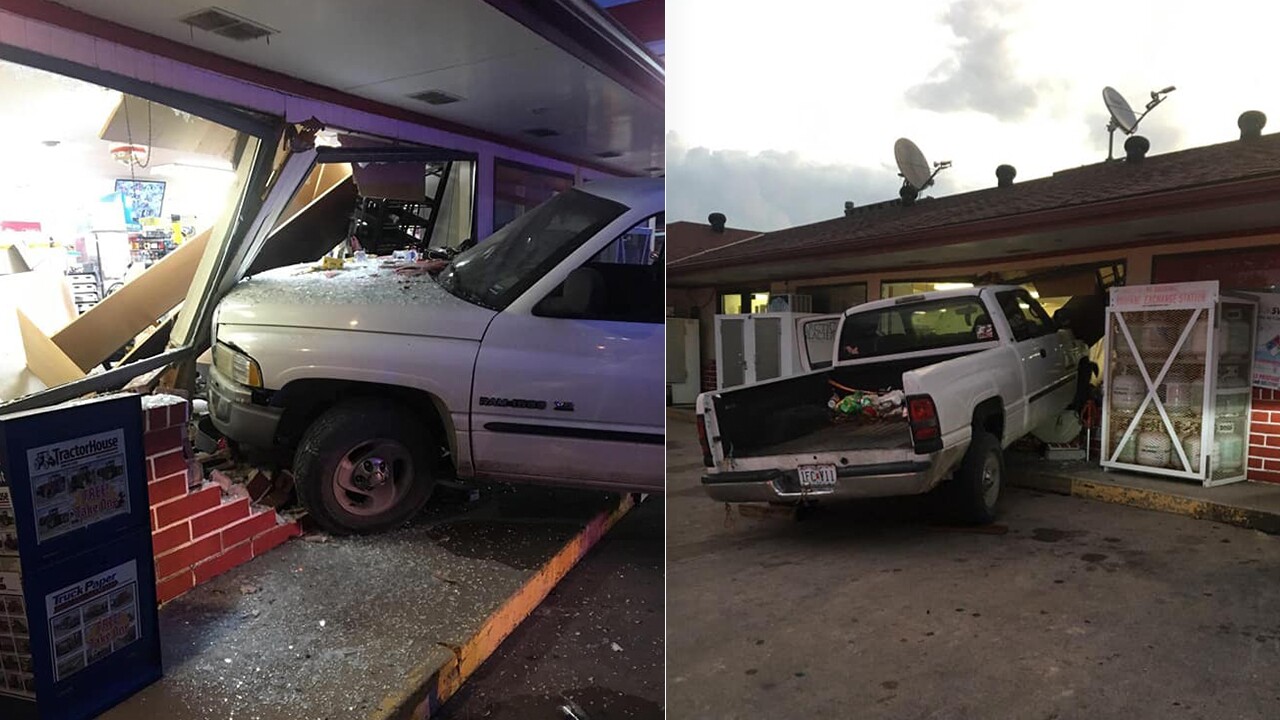 KANSAS CITY, Mo. — No one was injured at the Holt Truck Stop when a pickup truck crashed through the front of the building on Southeast Snow Circle on Monday morning, authorities said.

The Clinton County Sheriff’s Office posted on Facebook that the “Holt truck stop turned into the Holt drive thru this morning.”

41 Action News obtained security footage of the incident, which shows a white truck heading toward a parking spot in front of the building when it fails to stop and barrels through the brick and windows.

It appeared to miss several propane tanks being stored outside by just one or two feet.

Inside, a clerk had been standing near where the truck crashed through the wall, but the person was not hit or injured.

The video shows several workers and customers rushing to the front of the store.

There’s no word on what caused the driver to collide with the building.